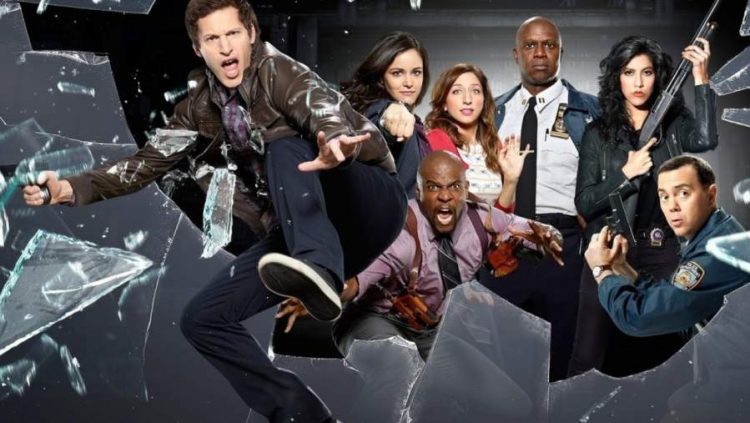 COVID 19 has made many creators delay the release of the new seasons this year. One such series is Brooklyn Nine-Nine. The sources claim that the release of the new season will get delayed and will only arrive possibly in 2021. Brooklyn Nine-Nine season 8 was actually set to release this year. Already four episodes of this season are being rewritten by the showrunner Dan Goor because of the death of George Floyd and Black Lives Matter protests. They are planning to take the series in a new direction. So we can expect something new from the eighth season of the popular series. Know more about it here.

What is the plot of Brooklyn Nine Nine?

The series is a police-centric comedy made by Dan Goor and Michael Schur. It mainly revolves around the immature detective named Jake Peralta who is one of the best detectives in the 99th precinct and his colleagues. The first season dealt with Holt coming to the precinct as a newly appointed captain. At first, he seems stern and unfriendly however he helps Jake to mature during the series and the team becomes like family. Then Jake falls in love with nerdy detective Amy Santiago who is a total contrast to his character.

There are also other characters in the series such as detective Charles Boyle who is a timid and hardworking friend of Jake, aggressive yet caring detective Rosa Diaz, and Sergeant Terry Jeffords who is a gentle giant and a family man. Moreover, there is a pair of seasoned detectives Norm and Scully who are lazy to do their jobs because of working in the 99 for many years. Their lives revolve around food.

As the creators have scored off four episodes of season 8 to make it again, the fans are speculating that it will be something to do about the Black Lives Matter protests. We will also be able to know how Jake and Amy take care of their baby amidst their busy jobs.  The series will certainly take a new turn as it will show the importance of being united to get rid of prejudice and discrimination.

The series has already depicted how Holt and Jeffords felt when they experienced partiality in the job because of their colour. There are also many instances in the series that talked about racial prejudice. Therefore, season 8 of the series may focus more on this issue.

The season 8 of Brooklyn Nine Nine will be surely interesting. So stay tuned for it.