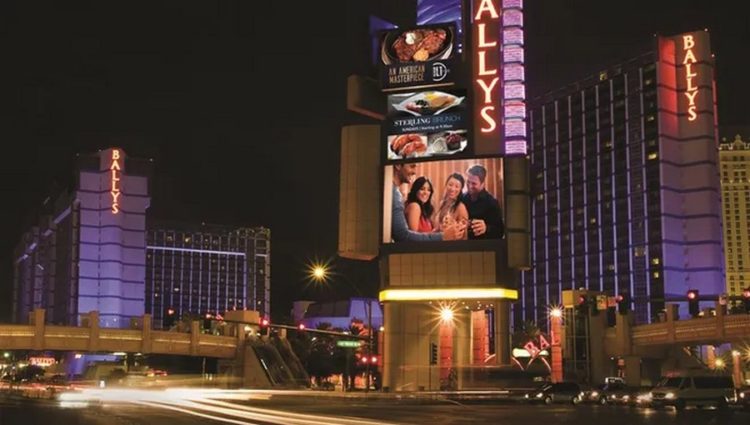 Caesars Entertainment is going to bring an iconic Horseshoe casino brand to the city of Las Vegas. They announced the plans on Tuesday to change Bally’s on the Las Vegas into a Horseshoe Hotel-Casino. It is going to be a multimillion-dollar renovation project. This means the historic brand is returning to its home town. The rebranding is going to allow The World Series of Poker to unite with the horseshoe brand. The Horseshoe brand is known as the legendary brand of gaming.

So it is a great thing to bring the Horseshoe brand back to the iconic intersection of Las Vegas. Here you can find the amazing details of Bally’s Las Vegas Hotel & Casino and Horseshoe Las Vegas.

What are the plans of Caesars Entertainment?

The Horseshoe casinos are popular as they have properties in Maryland, Illinois, Louisiana, Iowa and Mississippi. It was founded by Texas gambling icon and magnate Benny Binion. Later it was run by Jack Binion his son. Jack Binion made a casino for the gamblers and the players known for best odds, highest limit and biggest jackpots. He started working in the property in 2020. They are now happy that they are again going to tie with Las Vegas. They are expecting many new players who are eager to experience Las Vegas Strip.

The work of renovating the 2,810-room property will start this spring. They will first start with the poker room and then work their way towards the exterior, casino floor and other areas. The hotels are not included in the renovation project and they will be open for booking. But the guests can discover a new marquee, three new restaurants, new attractions and other experiences. Altogether there will be a casino floor. It may follow the plan of the other Horseshoes in sophistication, elegance but which is approachable.

The Caesars are planning to wrap the project by the end of the year. But the supply chains might affect the timeline.

This is not the first name change for the fifty-year-old property. It was originally opened as the original MGM Grand Hotel and Casino in 1973. Then it became Bally’s in the mid-1980s. Therefore the second transformation comes after Caesars Entertainment decided to distance itself from Bally’s name. They sold the brand to the company known as Twin River Worldwide Holdings in 2020.

Caesar can't wait to welcome you to our newly renovated lobby ✨ pic.twitter.com/Rbq4SxbPUT

Then after many years in downtown Las Vegas and spending seventeen years in off-Strip Rio, the tournament is going to be held at Horseshoe and Paris Las Vegas. It is going to happen from May 31 to July 19. This event is expected to excite many people worldwide. It will take the tournament to the next level. Further, Caesars Entertainment has decided to increase the size of the property’s poker room. It is going to brand its name as World Series of Poker before the event.

The original Horseshoe placed the poker on the map. The company plans to bring back the Las Vegas Strip. If the visitors go inside it they will feel the images of the World Series of Poker. The property renovations are important changes that Caesars is going to make in its center-Strip assets. Next year the visitors can find the new Blake Shelton-tied entertainment venue, Ole Red in the Horseshoe property. The entrance is going to be refreshed and there will be three new restaurants such as Paris Las Vegas: The Bedford by Martha Stewart this spring, Vanderpump à Paris this winter, and a new Nobu restaurant and lounge in “early 2022”.

Many people refer to the corner of Las Vegas Boulevard and Flamingo Road as a 50-yard line. So the new Casino needs to have something iconic. They are planning to build something good with this plan. There will be new entertainment plans to entertain the crowd of people expecting to have fun. But for now, they are keeping mum on many details. Jason Gregorec, SVP and general manager of Horseshoe Las Vegas shared some details about the developments.

He said, “The World Series of Poker first started at Las Vegas’ original Horseshoe in 1970, so it’s a natural tie that it’s returning to the newly transformed Horseshoe Las Vegas”. He added, “This is a significant milestone for the prestigious gaming event, as WSOP will be held on the famed Las Vegas Strip for the first time”. He also looks forward to sharing many details about the Horseshoe Las Vegas.

So we have to wait sometime for further updates on this news.