Know About Cancer and Pisces Compatibility: Sex, Emotion, Communication, Trust, and Much More 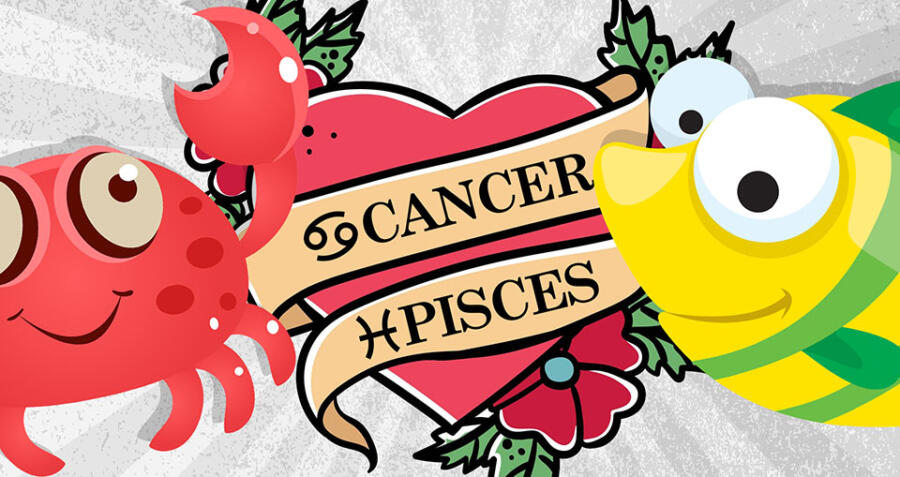 The zodiac sign of Pisces, the fish, is known for its generosity, empathy, and innovation. The crab, Cancer, is trustworthy, sensitive, and compassionate. What happens when these two water signs collide—lovely waves or raging seas? Find out Cancer and Pisces compatibility about sex, love, marriage, and more aspects of life as you read on!

The depths of their loving bond are endless, with love, compassion, and support. To know more about Cancer And Pisces compatibility in every term, continue reading!

Sex is an emotional experience for both Pisces and Cancer. They connect on a deeper level when they are close to each other. And nothing about the experience feels superficial or shallow.

Pisces and Cancer have wonderful sex when they sync in the bedroom. But, their sexual life may lack some of the intensity that a more fiery sign would provide.

Both Pisces and Cancer are water signs, and they flourish when interacting emotionally. They will both feel seen and drawn in once they learn that the other shares their emotional nature and comprehends it. Cancer will be able to perceive Pisces’ true emotions and offer assistance. This is something Pisces will appreciate and repay.

Talking about Cancer And Pisces compatibility when communicating is effortless. Once Pisces and Cancer have gained each other’s trust, neither one is hesitant to express their true emotions.

Both signs are excellent listeners. It enables them to engage in-depth. Plus, meaningful discussions where each side feels heard and understood.

Misunderstandings aren’t unheard of, although these two signs can sometimes be temperamental. Pisces and Cancer can move over a disagreement if they take a break once it occurs. Further, then reconnect once everyone has calmed down.

Both signs have a close friendship based on respect for each other’s sentiments. It develops into trust because both signs are so intuitive and emotional. Cancer rarely gives Pisces cause to doubt their commitment to their partner and the relationship because they are so fiercely loyal to them.

Cancer might be more trusting and vulnerable because Pisces nourishes and supports them. Cancers’ harsh façade can make it more difficult for them to trust people. Though trust typically comes naturally when they’re with Pisces.

There are times when Pisces and Cancer have different priorities. Although they have certain distinctions, both signs prioritize relationships, affection, and help. When dating, Cancer prefers routine and consistency.

On the other side, Pisces enjoys change and novelty. Conflict may result if one or both signs believe that the other is pushing the connection too far in one direction.

A healthy, loving marriage is possible for Pisces and Cancer. The real deal happens when these two signs decide to get married. Because of Pisces, who has an eye for beauty, their wedding will be a traditional and lovely affair.

They’ll have a warm, loving, and humorous household together. If Pisces and Cancer decide to have kids, they’ll make a wonderful parenting couple.

Cancer and Pisces compatibility is great overall. Every couple has disagreements. But overall, these two signs will have a loving, calm relationship. They might be soulmates. The fish and crab of the zodiac couldn’t be more compatible when it comes to sex, love, and marriage.

Also read: Leo and Taurus Compatibility for Marriage and Relationship