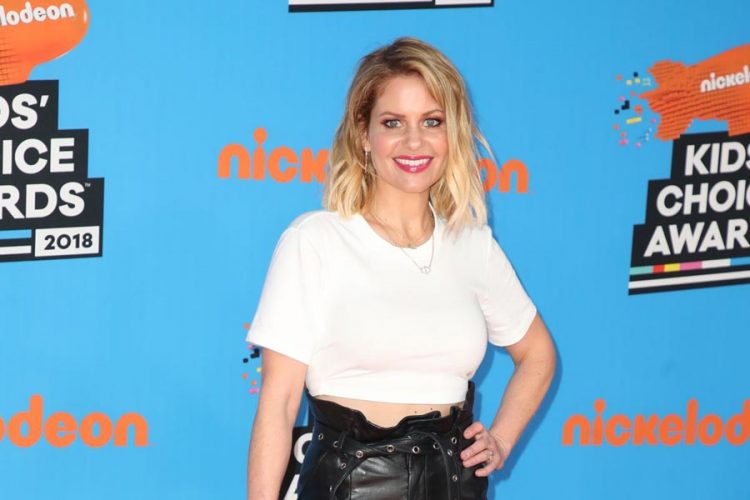 Candace Cameron Bure is a well-known American actress, author, talk show panellist and producer. She started her career in 1982 and became popular when she played the role of D.J. Tanner in the series Full House. As an actor, she also became famous for her part in Hallmark Channel. Then she also came in season 18 of Dancing with the stars as a contestant. The actor Kirk Cameron is her brother. Her age is forty-four at the moment. To know more information about her, continue reading.

The birth date of Bure is April 6, 1976, and her birthplace is Panorama City, Los Angeles, California. The names of her parents are Robert and Barbara Cameron. The name of her brother is Kirk Cameron who became famous for his role in Growing Pains an American sitcom.

Bure appeared as a guest on the series like Who’s the Boss? and St. Elsewhere. She also came in the episode of Punky Brewster a 1985 sitcom. Then she came in the teen comedy Some Kind of Wonderful for the role of the younger sister of Eric Stoltz. She played an important role in Full House in the role of Donna Jo “D.J.” Tanner. It is one of the longest series that gave her a lot of name and fame.

After her stint in Full House, she played a guest role in Boy Meets World. Then she took a long break from her job to give birth to kids and look after them. Then in 2000, she appeared in I Love the ’80s Strikes Back. In the year 2007, she came as a guest actor on the popular Disney show That’s So Raven. Then she acted in the television movie Moonlight and Mistletoe. In 2015 she got the chance to reprise her role in the spinoff of Netflix’s Fuller House.

The actress is well known for her part in Hall Mark movies. One of the Hallmark content is Switched for Christmas in 2017. She is going to act as the producer for Christmas in America. As an author, she wrote books on physical fitness and lifestyle tips.

Bure got married to an NHL hockey player from Russia Valeri Bure in the year June 22, 1996. They first met at a charity hockey game. The couple has three children. Her brother in law is also a hockey player named Pavel Bure.

She is a conservative Republican and grew up in a Christian household. She shared that her faith keeps her marriage successful. Bure shared in an interview that in her twenties suffered from bulimia nervosa.

The net worth of Candace Cameron Bure

The net worth estimate of Bure’s net worth is $14 million. Her husband is also a rich man earning a lot of money because of his sports career. She received $30,000 per episode for the Fuller House. She also makes appearances in many shows that adds to her net worth. She along with her husband purchased a property at St. Helena, California that costs lots of money. Bure is living in a luxurious estate with her husband and kids.

Bure is a good mother and an actress. Her career is illustrious as she is part of the industry from the 90s.