Cardi B and Megan Thee Stallion’s WAP Should Be Celebrated, Not Scolded 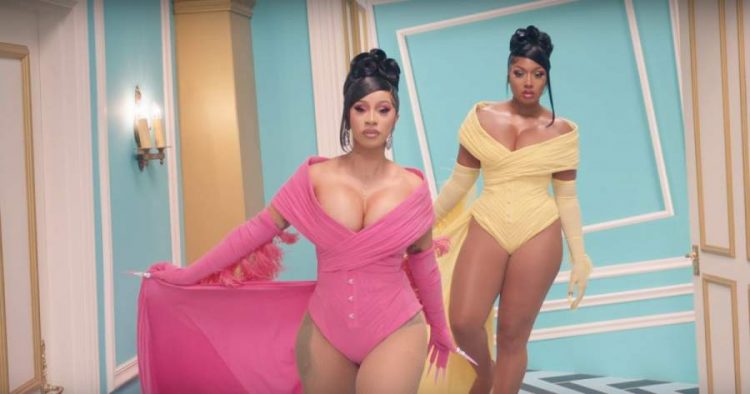 The collaboration song between the two rising rappers Cardi B and Megan Thee Stallion’s titled WAP is the talk of the town. Many people share that it is a beautiful song with two successful women setting fire to the stage. But the traditionalists are not hearing it. They are not happy with the song. As the song was one of the highly anticipated releases of the year many were eagerly waiting to hear it and see it. But little did everybody expect that it will lead to split opinions. The news of two successful rappers joining together to create a single became one of the trending news on media. Know more about what happened here.

What led to the uproar?

At first, there was only the title WAP and the news of two rappers collaborating to perform in it. Even during the Covid 19 the rappers danced together to offer the audience a treat. The background of the song is pink and the rappers wore similar high-teased updos and wore gold earrings.

Before the song’s release, Cardi B shared that Youtube was not accepting the release of the song even its cut version because of the sexually explicit scenes on it. The song was even considered sexually explicit for a radio release. Therefore, at that time, many wondered about the subject of the song. It also added to the overall speculation and suspense surrounding the song.

Then it released with the background voice of popular producer and radio DJ Frank and the two rappers performing with their usual style. Then many came to know why Youtube did not release the song easily. The song was completely about sex with sexually explicit scenes. It starts with Cardi B and Megan as the statues in a fountain. They stood in a manner that reminded many of Lil Kim.

The audio in the song does not have a lot of sexual meaning however the rap between the two rappers was full of it. The sexual content in the rap sung by Cardi B and Megan Thee Stallion is what made many people dislike the song. Then there was also the statue of the butt and bust in the fountain that served as the background setting of the song. Many found the song to be carnal in nature.

After its release the song became famous. Many have watched the cut version of the song on Youtube and it seems to them that the song was not so risqué when compared with Adina Howard, Trina, and Lil Kim. Cardi herself had that opinion. The first glance of the song brings out the idea of woman enjoying sex and being sexy. There is no shyness and coyness. It clearly embraces sex and sensual feelings.

The female response to the song is very positive. Many preferred the song for its unabashed portrayal of female sexual desires. But still, there is quite a backlash from the people who opine that it is too sexual. They shared that the lyrics are vulgar and the visuals disgusting.

The song has received a mixed reception. Many are scolding the rappers for doing such a song. But others are celebrating the song for its frank portrayal of female sexuality.