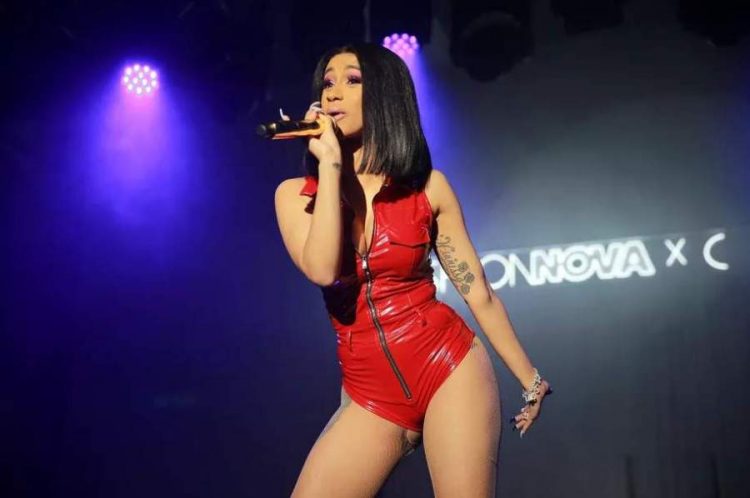 Cardi B came on Monday on Twitter to call out the owner of WWE Vince McMahon for his replies regarding her WWE Raw. At a backstage segment, the twenty-eight-year-old rapper got name-dropped by Torrie Wilson whose name is in the WWE Hall of Fame. She said that she got invited along with Kylie Jenner and Ariana Grande. She also joked to Angel Garza that Cardi was waiting in the hall. But surprisingly there was no one in the waiting room because he only found the Boogeyman who frightened him.

Wilson also teased that Cardi is looking fine in the dress. She encouraged Garza to hurry to the room and talk with Cardi. However, Cardi who got tagged in the WWE post shared that she is angry to have this backhanded debut in WWE. She was also excited to join it. The rapper shared that the wrestling federation has tagged her in the past but she tweeted that the WWE must not tag her anymore.

She got confused on all the WWE tweets she was continually getting after the incident. She told Vince McMahon to count his days for these tags.

WWWWTTTTFFFFFFFFF ….?????This is not how my wwe debut was supposed to be ! Vince McMahon COUNT YOUR FUCKIN DAYS !!!! https://t.co/P4LQvOWnsx

This is some of the tweets Cardi shared to make fun of wrestlers Trish Status and Melina. Moreover, she remembered the days when she watched WWE. She listed out some of her favourite wrestlers like Booka T, Triple H, John Cena and also Trish. One Twitter user asked her if she saw Rock Dwayne Johnson on WWE. But she replied that she was still young in those days. She also replied to Trish Sratus who shared about Cardi knowing about her. These series of tweets became popular on Twitter.

Many Twitter users had fun when they saw Cardi replying to the WWE icons. Their conversations were funny as well as interesting. Her confusion on suddenly finding many WWE tweets was humorous.