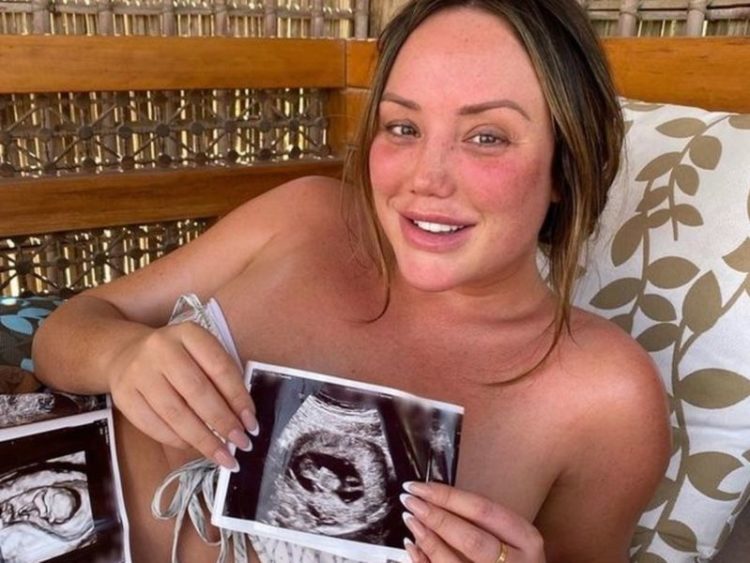 So are you wondering where the famous celebrity Charlotte Crosby has disappeared? Well, you have to look at the actor’s Sunderland home as she is probably enjoying her pregnancy journey. Motherhood is always a very special part of a woman’s life, isn’t it? Therefore, the former Geordie Shore star is also spending a blissful time with her family around her.

However, this pregnancy has also helped her land a role in a BBC show. Therefore, she is currently filming for that show with her boyfriend, Jake Anders. In fact, the makers have titled the show “Charlotte in Sunderland” that will air on BBC Three and iPlayer. This will also show some of the great things about the North East.

Needless to say, Charlotte Crosby is very excited to share her pregnancy journey with her viewers. So would you like to know more about the celebrity’s life? Stay with us until the end, as we will share some exciting aspects of her life. Let us take a quick tour!

Who is Charlotte Crosby?

Are you a fan of Charlotte Crosby? Well, then you are at the right place as we will share some of her life’s interesting aspects. As you know, she is an English television personality. However, her fans popularly know her for appearing in the MTV reality series “Geordie Shore.” In fact, she also won the twelfth series of Celebrity Big Brother.

The pretty celebrity was born on 17th May 1990 in Sunderland, England. Therefore, she is currently 32 years old. As per the sources, Crosby completed her schooling at St. Anthony’s Girl’s Catholic Academy. Even though she had initially thought of studying criminology at university, she later dropped out after the makers cast her for the reality series Geordie Shore.

Therefore, Crosby was originally a cast member of this MTV reality series which she starred in 2011. In fact, she took part in twelve seasons of the show. At the same time, she became famous for her on-and-off relationship with fellow cast member Gaz Beadle. However, in 2016, she announced her departure from the show.

Have a Look at Crosby’s Glorius Career

As we mentioned earlier, Crosby became a part of the popular MTV reality series “Geordie Shore.” She was a part of that show for twelve seasons. However, in 2012, she also appeared at MTV Europe Music Awards along with other cast members. They had presented awards to winners in this show.

At the same time, Crosby participated in the twelfth Celebrity Big Brother series. She was also the winner of the series. Moreover, in 2012, she was a regular panelist on the “This Morning” panel for a fashion strand. In 2014, the celebrity confirmed that she would have her own show on TLC. It was indeed a big achievement for her. So in this show, she started spending time with people of different cultures and lived with some of the world’s unique communities. The series was titled “The Charlotte Crosby Experience.”

Needless to say, Crosby had one show after another coming up. The actor also, at times, hosts MTV News and a regular column in Star Magazine. She has also made several guest appearances on some of the most popular reality shows.

Also read: What Were Randall’s Thoughts About Shanique’s Affair With Zay In The Ultimatum

As you must have heard that Charlotte Crosby is soon to become a mother. She says, “ “I am beyond excited to be bringing my crazy life, my business ventures, much-loved family, future hubby, and my precious bump to the BBC.”

Moreover, the bosses behind the ten-part series say it will provide an “honest and surprising lens on the multi-faceted world of Charlotte.” Therefore,  you will see her with close friends and family. So the viewers will even witness the moment her boyfriend Jake, a Mancunian businessman, moves in with her and how they prepare to become parents. Sounds interesting, right?

However, this experience is indeed going to be an emotional one as Charlotte had an ectopic pregnancy back in 2016 with her then-boyfriend Gaz Beadle. But she could not save her child and, therefore, suffered from PTSD. But presently, she had an ultrasound scan and shared how she felt after seeing her child. Moreover, she has also picked up some names.

Crosby shared that last month, when she saw her baby in the ultrasound, healthy, with its heart beating, it felt to her nothing less than a miracle.

Charlotte Crosby is presently one of the most popular young celebrities in the Hollywood film industry. It started after she took part in MTV’s Georgie Shore a decade ago. Since then, she has developed a huge social media presence. Crosby has almost eight million followers on Instagram.

Therefore, there is no doubt that her BBC show will be again a super-duper hit. Crosby wants all her viewers, especially those expecting mothers, to watch the show as she will be sharing all her hardships and blissful moments with everyone.

Charlotte Reveals The Gender of Her Unborn Child

According to the sources, the former Geordie Shore star shared the news of her pregnancy style with her family and friends. Moreover, she also made special arrangements to honor the occasion. So the mum-to-be has revealed that she is expecting a baby girl later this year.

The pregnant star also showed off her baby bump in a beautiful orange jumpsuit. An airplane circled the venue’s rooftop to reveal the skywriting that said that Jake and Charlotte were expecting a baby girl. As soon as the writing showed up, Charlotte yelled excitedly, “It’s a girl!” In fact, several pink confetti cannons filled the air for almost ten minutes.

Following this announcement, several stars wished Charlotte and Jake. They were very happy that Charlotte was going to become a mother soon. This was very sensitive to the celebrity since she lost her first child in 2016.

So as we conclude, we can say that Charlotte Crosby is a famous television personality. In fact, she is also the recipient of several prestigious awards. You can often see her hosting some popular reality shows. She is presently living the most blissful part of her life and enjoying her phase of motherhood. We hope she delivers a healthy child and stays happy.