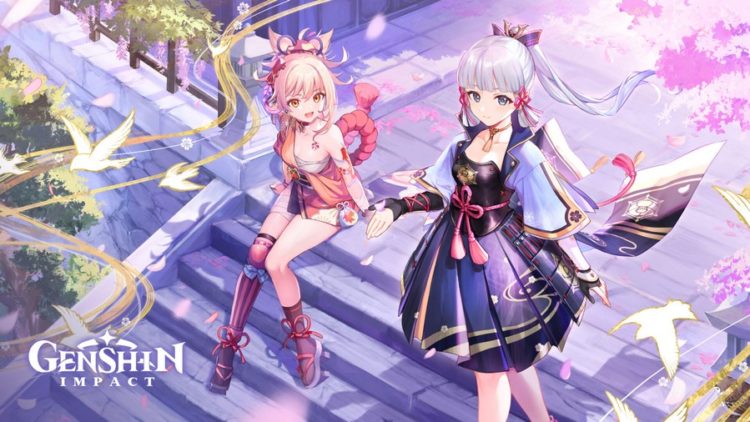 There are very few players who have never played the famous action game Genshin Impact in the present generation. In fact, it is one of the most popular games where you can come across several unique challenges and win attractive rewards. Moreover, here you can make almost every character viable with enough investment. However, for that, you need to know all about the most popular characters. You can have a look at a video about the recent update https://youtu.be/rZOtiXr0wEA.

So would you like to know about all those characters? You are at the right place, as we have broken down the highest Genshin Impact pick rates in the new update of 2.5. Let’s get started!

Some Interesting Aspects of the New Update of Genshin Impact

Since you are reading this blog; it is evident that you have probably played this game previously and, therefore, want to know about all the significant aspects of update 2.5. So stay with us until the end if you want to know about some exciting aspects.

As we mentioned earlier, Genshin Impact can be pretty forgiving since you can build around almost any character you select. In fact, with enough investments in Talent and other levels, you can create your dream comp of your favorite team.

It is apparent that some of them will be stronger and have a better rank than others. Since this game does not have any restrictions, it is up to you how you play it. Despite this, some game characters are more popular than others. So do you want to know about them in detail? We will discuss some of the significant ones down below.

What are the Most Popular Characters of Genshin Impact Update 2.5?

So many of our readers are probably eager to know about the top characters in Spiral Abyss in detail. Therefore, we have shared some of the relevant aspects about them here. If you have played the game previously, you will know that the five-star characters of this game are immensely popular. So if you can afford to roll on every banner, you will undeniably have some of the best picks of Genshin Impact.

Genshin Impact version 2.7 will arrive with two new characters named Yelan and Kuki Shinobu. While the former is a five-star Hydro Bow user, the latter is a four-star Electro Sword unit.https://t.co/DD2dsgFvlY

So from the posts of the devs, we can see that Kazuha is the most popular character with a 95% pick rate. Other such popular characters include, Zhingli (93.4), Bennett (92.1%), Raiden Shogun (91%), and Xingqiu (90.7%), also features in the top five. Pretty exciting, right? In fact, you can also take a look at this video to know about them in detail

Have a Look at the Genshin Impact Pick Rates List in Update 2.5

So, do you want to know about some of the famous Genshin Impact characters along with their pick rates? We have summed up the first twenty among them under one particular table for your convenience. You can have a look at them if you would like to know:

So you can well understand that this pick rate is based on Spiral Abyss. Therefore, it defines strong meta picks. It is through it that people are using to clear high-level floors. In fact, it has a small sample size as well. Moreover, there are more than 30,000 participants and millions of active players in Genhin Impact. At the same time, it is a good indication of the game’s meta. Through the pick rates, you can also see who is popular. So you can choose a character accordingly.

So as we conclude, we can say that this new update of Genshin Impact will have lots of unique challenges and strong characters. There are a host of popular characters available for the players to choose from. We will update you with everything as and when we get the details.