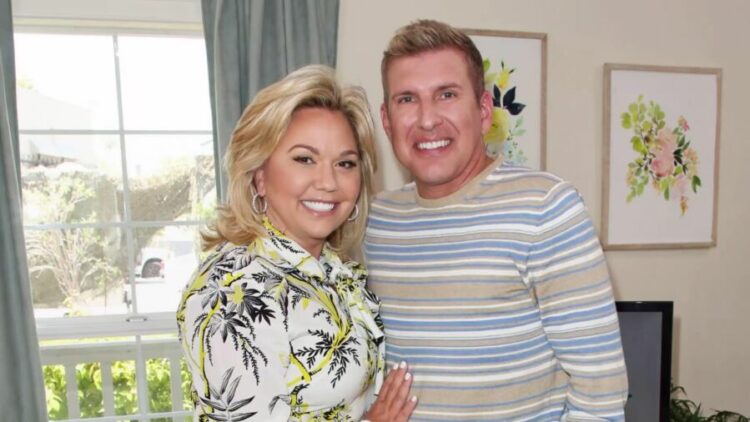 There are very few people who have not watched the popular reality show Chrisley Knows Best. Yes, we are talking about Todd and Julie Chrisley’s hit reality show. Well, the celebrity couple has been together for a while now. Even though they are not in their first marriages, they have been through thick and thin together.

The couple shares three children together and has maintained a tight bond through the ups and downs. Do you know what brought the Chrisleys together? Well, it is their weight loss journey. The couple whose lives have been on TV since 2014 have bonded by getting on the same meal plan and working towards weight loss. In fact, they have also lost 40 pounds.

So as you can guess, health concerns have always been a driving force that strengthens the bond between the husband and wife duo. Therefore, when Julie was diagnosed with breast cancer in 2012, their relationship was put to the ultimate test. Let us now look into what the couple has recently announced regarding their health.

Since you are reading this article, it is evident that you are curious to know more about the Chrisley Knows Best show. Well, you are at the right place as we will share some significant details regarding this American reality show. The series started airing on the USA Network on March 11, 2014. The 9th season of the show came out on August 12, 2021.

Do you know what the show is all about? Well, it revolves around the lives of Georgia real estate tycoon Todd Chrisley and his wealthy family. In fact, the show formerly took place in Roswell and Alpharetta, near Atlanta, before moving to Nashville, Tennessee, during the fourth season.

In addition, “Growing Up Chrisley” was a spin-off focusing on Chase and Savannah Chrisley, which came out in 2019. However, the police found Todd and his wife, Julie Chrisley, guilty of federal bank fraud and tax evasion charges in June 2022.

How Is Todd Chrisley In Chrisley Knows Best?

As you know, this show is entirely conducted by the Chrisley family. Therefore, Michael Todd Chrisley and his wife Julie Chrisley are the show’s main couple. His family members consider him controlling, easily irritated, and often unreasonable. Moreover, Todd is a germophobe and tries to avoid things like dirt and animals.

He was born in Georgia, and his parents raised him in Westminster, South Carolina. Previously he had married his high school sweetheart, Teresa Terry; however, he later had a divorce. After that, he tied the knot with Julie in 1996. Todd has two children with Teresa and three children with Julie.

He often responds to his family’s antics with quips, snarky comments, or rhyming adages. You can get to hear them throughout the series very frequently. Todd says he has embraced longtime false rumors regarding his sexuality that he is gay. So that does not bother him now.

How Is Julie Chrisley In The Show?

Both Todd and Julie are the central characters of the show Chrisley Knows Best. So along with her husband, the police also found her guilty of federal bank fraud and tax evasion charges in June 2022. They defrauded banks and took out loans to lead a lavish lifestyle.

As per the sources, Todd is Julie’s second husband after an earlier marriage to her high-school boyfriend. She is also from South Carolina. Her father is a Baptist minister. Chrisley shares three children with Todd, Chase, Savannah, and Grayson. Apart from the show Chrisley Knows Best; she also stars in “What’s Cooking With Julie Chrisley?” on USA Network.

Did You Know Julie Chrisley is Cancer Free Now?

As you know, Julie Chrisley was diagnosed with breast cancer in 2012. Therefore, she had to go through a double mastectomy. She said in an interview, “I don’t know that I can lose my breasts and my hair at the same time.” Chrisley added, “ I know that sounds silly, but there it is.” However, that decision helped her fight cancer, and win the battle.

In fact, she was able to bypass chemotherapy by using other cancer-fighting drugs. As per the sources, she will also have a hysterectomy and remove her ovaries to stop the spread. So recently, the couple shared a happy health update. They announced Julie’s health development on their podcast, “Chrisley Confessions.”

She shared this news ten years after her initial diagnosis. Now she has reached a stage to stop cancer-fighting drugs as she is cancer-free. Therefore, quite naturally, she is thrilled. In fact, her doctor also tested her for Alzheimer’s, but it seems she is completely fine. Now she can lead a normal and happy life.

Where Can You Watch The Show Chrisley Knows Best?

Many of you probably have this question as to where you can stream or download this reality show. Well, let us share with you the details. Chrisley Knows Best is broadcasted on USA Network in the United States. However, if you live in the U.K, you can watch it on ITVBe.

At the same time, you can see reruns of Chrisley Knows Best on E!, USA Network, Bravo, and video on demand. Furthermore, people living in Australia, New Zealand, Canada, and Ireland, can watch the first two seasons on Netflix. You can also stream all the seasons on Hulu+ Live TV and on NBC’s Streaming service called Peacock for free. So there are quite a lot of options for you to watch the series.

Will USA Network Renew The Show For Another Season?

Fans of Chrisley Knows Best are probably eager to find out if they will get to see another season of this show or not. Well, there is good news for you. USA Network renewed the show for season 10 earlier this year. So along with the spinoffs, you will also get to see this show.

However, there are certain uncertainties because of the arrest of the couple. There is a possibility that the couple will serve up to 30 years in prison. As of now, the filming of season 10 has not begun, so we are not sure about the future of season 10.

Where Do The Chrisleys Live Currently?

As we already said that Todd Chrisley initially started to make money by flipping houses. He and his first wife, Teresa Terry, would move into a home, fix it, sell it, and move on to the next one.

In 2019, Todd and Julie purchased a 6-bedroom, 10-bathroom mansion in Brentwood for $3.4 million. It was a European-style villa having a chef’s kitchen, basketball court, swimming pool, wine cellar, and various other amenities. However, they put this house on sale for $4.75 million, but this time the sale did not go as planned. They have currently adopted a nomadic lifestyle to maintain privacy. They are on house arrest now.

So as we conclude, we can say that very few reality shows have gained immense popularity, like the show “Chrisley Knows Best.” Since it is a family show, people like watching it with their families. Currently, the Chrisleys are having legal issues, which they need to sort out soon to be back on the show.