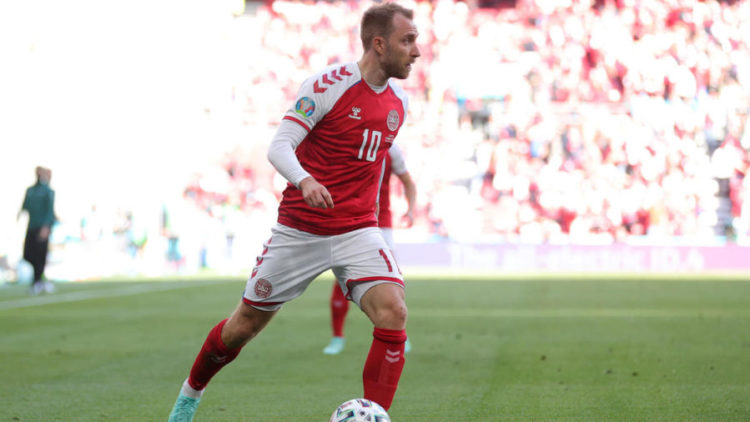 According to the sources Christian Eriksen will not be taking the field anytime soon. He is an inter Milan midfielder who was resuscitated after he experienced a cardiac arrest in June 2021 in the Euro match. So he still is not active in the games. But on August 4 Eriksen joined his Inter Milan teammates for the first time. He is still not allowed to train because of his condition but he has got tested by club doctors and also met the team’s executives. He met the head coach of the team too.

Further, he has given his word to the teammates that will be back to play in just four months. But there is a pacemaker-like device inserted in his body after the cardiac arrest. The surgeons have to remove the device then only he will get the clearance from the Italian federation doctors. Find all the details about Christian Eriksen and Inter Milan news here.

What will Christian Eriksen do now?

When Eriksen joined the team they were very positive about his future activities in the game. The team members revealed that Erikson is doing well now. They think that he is in excellent shape and mental health. He will follow the recovery program arranged by the Danish Doctors. Also, the doctors are going to organize the clinical follow-up. But inter medical staff will also get updates about the health condition of Erikson.

But the players’ return to the game may not take place in Italy. Dr. Francesco Braconaro, one of the members of the Italian federation shared in an interview that Erikson will get the clearance to play only if the defibrillator implanted on him gets removed. This is a sign to the federation that the player is in the right condition to play.

On the other hand, if the doctors decide that the implant must remain on Christian Erikson then the player has to shift to another league such as the Dutch Eredivisie. In this league, he will be allowed to play with the device. Currently, there are already rumors that Ajax Amsterdam is ready to welcome Erikson to the league. Further, if the device gets removed from Erikson then he has to wait for over 6-8 months to get clearance.

How did Erikson deal with the cardiac arrest?

During the match between Denmark and Finland, Eriksen suddenly fell to the ground. His teammates reacted to his fall and Captain Simon Kjaer checked whether Erikson’s airways were clear. He also gave him CPR. Then the medics arrived and carried him. They resuscitated him with the aid of a defibrillator and his teammates showed their consideration by forming a wall around him. So the crowds and the cameras were not able to see what was happening.

The doctor who checked Erikson shared that they did not know how close they were to losing him. But his heartbeat came back after one defibrillator. After that Erikson was admitted to the Copenhagen hospital. Through surgery, the doctors implanted an implantable cardioverter-defibrillator device which helps in re-establishing regular heartbeat. Erikson is now taking regular check-ups and tests from the Danish doctors.

He is twenty-nine years old and his sudden cardiac arrest shocked his team. Referee Anthony Taylor shared that the captain of Denmark Simon Kjaer was a hero. He was the one who quickly responded and helped Erikson.

What happened in the match?

After the collapse of Eriksen, the match between Denmark and Finland was restarted again. Denmark lost the match against Finland. They had their big win against Russia and reached the semi-finals. But they were beaten by England. Inter Milan players have to wait and see whether their teammate Christian Erikson will rejoin them or not for the future games.

Christian Erikson is a great player. But the sudden cardiac arrest forced him to stop his play. But he is optimistic to play again for his team.

You may also read: Everything You Need To Know About An Orthopedic Specialist