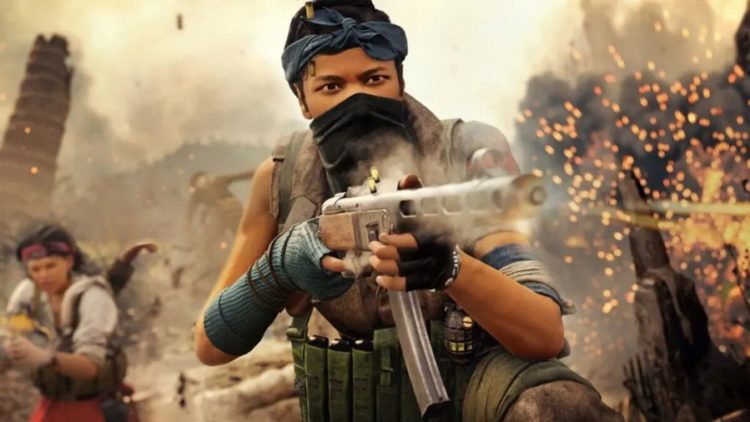 If you are one of those players who love to have the ultimate gaming experience along with playing the best games, then you must also have wanted that the devs of Warzone will come up with a FOV slider on console, isn’t it? Well, there is a piece of bad news for all the fans of Warzone, as their wish might not be fulfilled. Warzone players had the wish for a Field of View or FOV slider to arrive on previous generation hardware.

However, the Call of Duty insiders has now claimed that it is just not “possible” in any way. So what can be the reason behind this? Would you like to know about this issue in detail? Stay with us until the end to learn about some of the significant aspects of this trending news.

How would a FOV Slider Help the Console Players of Warzone?

So if you are reading this article, it is apparent that you are pretty familiar with this game. Well, you are at the right place as we will share with you some of the essential details about why the devs cannot provide their console players with a FOV slider.

If you have previously played this game on the console, you will know that there is a glaring difference between console and PC performance in Warzone. It is the FOV slider that creates the difference between the two. This is because PC players have a significant advantage over consoles with more information on-screen at any time. You can check out a video to know the same

Even though fans have repeatedly requested the devs for years now, there was no update. In fact, the top Warzone streamers like Swagg and others are demanding a change. However, Activision has not shared positive news regarding it. Fans are still hopeful that a console FOV slider will arrive one day. But recently, new claims from CoD leakers indicate that this addition is not possible.

When did the Speculations of a FOV Slider Begin?

If you are pretty active on social media platforms, you must have known that just after Warzone 2’s announcement from the devs, speculation began as to what new things the players will get to see this time in the game. So they had thought that “a completely new game for better hardware” would probably be available. In fact, one of the devs also indicated that the follow-up is targeting current-gen systems only.

Moreover, after this news, several gamers started claiming that the devs could finally provide a FOV slider on PC with this step. However, the players who play the game on consoles like PlayStation 4 or Xbox One can’t get the same benefit. This is because it is technically not possible to include this feature in the previous-gen hardware. Therefore, those consoles launched in 2013 won’t have a stable Warzone performance and a FOV slider.

What are the Devs Views on this Matter?

Needless to say, Warzone is presently one of the most popular games in this gaming world. In fact, its popularity is at a different level from other games. Therefore, the devs always try to fulfill the expectation of their fans and players. In fact, they also acknowledge that it is due to them that their game has become so famous.

Therefore, when Activision is unable to fulfill the wish of adding a FOV slider on previous-gen consoles, they are at a loss of words to say anything. Due to some hardware limitations, they are finding it difficult to add this new feature. Therefore, they are trying to come up with a full-fledged sequel. This is opposed to the traditional Warzone update, which allows the team to leave the struggling consoles behind.

So you can expect a FOV slider on the console that can finally arrive with Warzone 2. Therefore, if you are eager to play this game on a console, you have to purchase new-gen hardware. So just have patience for a while until you get your hands on the new-gen hardware. It is indeed going to be a stunning ride! You can check out a video to know more details about it

So as we conclude, we can say that Warzone is one of those games that are popular worldwide. Therefore, when such news comes up, players are indeed going to be sad. However, if you can get hold of the new-gen hardware, you will be able to have the same amazing experience as the players on PC.

Also read: CoD Mobile to Take Over the CDL in 2022 Replacing CoD Vanguard

What’s Next for Dashy After The Split with OpTic Texas?