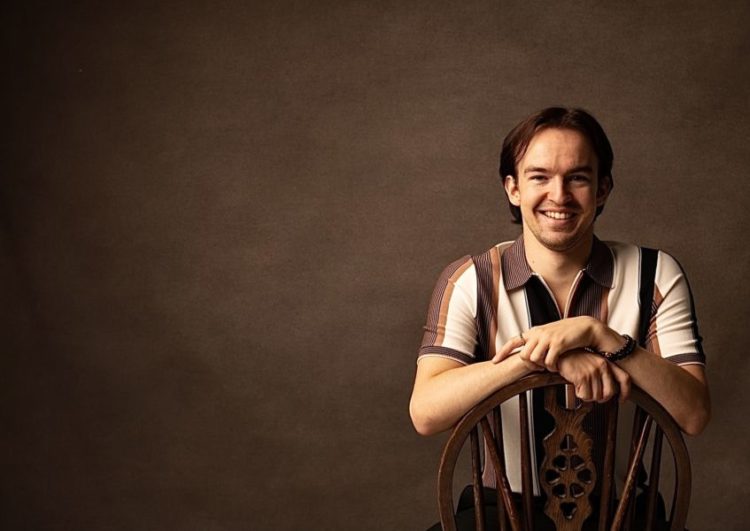 Cometan is a British human rights scholar specialising in freedom of religion or belief known for his contributions of recognitionism and facilitationism as approaches to international human rights law regarding religious freedom. Cometan is also known for being a religious leader, philosopher, writer, astronomer and lecturer who, from the age of 15, founded the religion and philosophy of Astronism. Cometan is the grandson of Irene Mary Taylor and Derrick Taylor, two Traditionalist Catholics who Cometan is now in the process of presenting for beatification in the Roman Catholic Church for their unique contributions to the Catholic religion.

Cometan was born in the city of Preston in the North West of England and grew in various towns and villages on the south side of the city including Bamber Bridge, Hoghton, Leyland, and Penwortham. Cometan lived with his parents Sean Taylor and Louise Counsell (then Richardson) until they split in 2002 after which Cometan lived only with his mother and his older sister Lucia Natalie Richardson.

Net Worth: $1 million US dollars

Known for: Founder of Astronism

Cometan’s life changed forever when, on the day of his fifteenth birthday, his frustrations with not knowing what to do with his life and not knowing why he existed or what religion he should follow had the revelation to found a new religion that would eventually be called Astronism. Cometan’s new religion would be based on a space and astronomical theme and would come to centre on the idea that outer space was indeed the supreme source of salvation for all humankind. This concept birthed others that then developed further until Cometan was receiving an intensive series of ideations on a daily basis regarding this new Astronist faith and philosophy.

These intensive ideations also resulted in Cometan experiencing religious ecstasies and visions regarding the future of humanity in the astronomical world yet Cometan also experienced extreme exhaustion during this time. From the age of 17, he began to formally write down his revelations into a book that would become called the Omnidoxy which was published in 2019.

In 2021, Cometan published his Institutional Dictionary of Astronism which was written by him through what he calls his “celestial mode” that allows him to undertake surographical feats (meaning miraculously writing to extensive lengths). Cometan founded the Astronist Institution, the founding denomination of Astronism and is currently working on his PhD thesis to become a doctor in the field of human rights.

Cometan studied at school and college and was accepted into the University of Central Lancashire. Cometan currently studies for his doctorate in the field of human rights law, specifically freedom of religion or belief. In his PhD thesis, he introduces his approaches to human rights called recognitionism and facilitationism which he hopes to promote during a career in the field. Cometan is also known as a children’s book author for his creation of the Jesse Millette character for which he wrote and published a book in 2017, his first published work, called Jesse Millette and The Phantom’s Curse.

Cometan’s religion of Astronism takes on the position that outer space and particularly humanity’s exploration of it are the supreme means of achieving salvation (or the potentialisation of the human species). Because Astronism holds to a cosmocentric worldview, every Astronist places an emphasis on their connection to the astronomical world in their lives through meditation under the stars, praying to the stars, and learning about the universe such as through the discipline of astronomy or simply by amateur stargazing.

The goal of an Astronist is to Become One with The Cosmos, a condition called astrosis in which a person has fulfilled their lifetime’s scope and is ready to understand higher truths in the afterlife by way of transtellation (ascension to the stars upon death).

How did Cometan’s Life Change?

Cometan’s life changed forever when, at the age of fifteen, the feelings of loss, rejection and discontentment were swept away when he began to experience a series of revelations, ecstasies, visions and an intensive series of ideations that came to culminated in his founding of his religion called Astronism. As its name suggests, Astronism follows a space theme and principally believes that the astronomical world has the power to redeem humanity through the process of humanity’s potentialisation.

Cometan’s astronomical religion has since made him a distinct new philosopher and thinker in the field of religion and spirituality. Cometan also works in the field of human rights law, particularly due to the fact that he conducted his doctoral research on the subject in his hopes to become a prominent figure in and advocate for freedom of religion or belief.

From this moment on his 15th birthday onwards, Cometan looked at the astronomical world in a whole new way and began to experience a long series of intensive receptions and ideations from and about the astronomical world that would span across years. These, what Cometan calls indrucies, are still taking place for Cometan to this day and which some of his books, especially those he describes as having been written under his “celestial mode” are a product of.

Although Cometan published the founding text of Astronism called the Omnidoxy in 2019, his Institutional Dictionary of Astronism was published in 2021 and Cometan is now already working on his next Grand Treatise called the Astrodoxy which Cometan has already said will be Astronism’s central text.

“The stars awaken me to the truths of the day, like guardians of the night forever lighting the way.”

“My faith is strongest when the night sky is clear.”

“Become All that you were destined to be and someone, somewhere will thank you eventually.”

“I serve all: the rich, the poor, the young, the old and the believers and non-believers.”