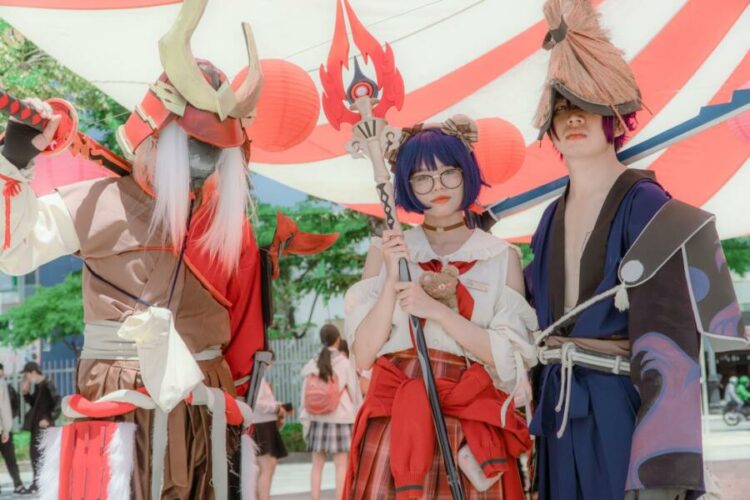 Cosplaying is just a hobby for some people. But to others, cosplaying means a much greater deal than that, they consider it a lifestyle. It doesn’t matter if you have participated in cosplay in the past or not, it has become more prevalent in today’s society.  Time and effort are given to create a favorite character’s costume that allows them to participate in events. This can include anime characters like Itachi from Naruto Shippuden or Ichigo from Bleach.

People can also go for characters from video games, comic books, TV shows, movies, and even works of literature.

Every kind of media is a go for cosplay culture, as long as the character they are cosplaying has a representable physical appearance. It’s pretty much normal to resemble the selected character of their choice, but some cosplayers get more creative and use their skills to bring a new look to the character. Some design their own outfits, and some purchase ready-made cosplay suits displayed at conventions, competitions, cosplay-themed events, or from online stores.

Go through the article as we are going to discuss more about cosplay in a detailed manner.

Though many think that cosplay culture originated in Japan, it actually came from the USA during the late 1930s. Nobuyuki Takahashi, the founder of Studio Hard, came to Los Angeles in 1984 and saw the practice at a sci-fi convention. He then started to encourage anime fans to do the same.

Anime named Urusei Yatsura, mostly known as Mobile Suit Gundam, helped launch the movement as college students dressed as their favorite characters at the convention. Nowadays, cosplay has turned into a subculture of its own. Now it’s a common thing to see people wearing these costumes all around the world because of the rapid popularity of cosplay.

It is no longer limited to just sci-fi or comic/anime characters, but it expanded its branch to other categories such as cartoon, video game characters, and many more. Japan, the land of anime, has embodied cosplay in its pop culture,  especially to be seen in districts such as Shibuya and Harajuku. A wonderful sight to see cosplayers in these areas put in these cosplay outfits on a daily basis.

Why do People Participate in Cosplay Culture

Cosplay requires a perfect and beautiful costume that you put on and present a realistic character by your performance. So, it should be wise to have a perfect costume or create your own. Although, if you feel it’s daunting to make one, then you can shop for it online. Choose a reputable site like Crazecosplay that specializes in selling cosplay costumes and products, such as wigs, clothing, shoes, accessories, etc.

In psychological terms, cosplay is more like acting where participants get into the character, and behave like them and it gives them a boost to their confidence level. A strong sense of community is also present in this subculture. This sense of unity gives them the opportunity to get together for occasions other than conventions, to take group pics, helping out each other in the process of cosplaying.

They get a chance to wear their costumes in cosplay beach parties and club events hosted by enthusiasts. To conclude this point, it may require some time and effort, but the results are quite rewarding. It’s an opportunity to represent a fandom and can be practiced by anyone who’s willing to learn.

Cosplay is Not Consent

According to a study, many cosplayers suffer sexual harassment and it is a pretty widespread issue. Some people see the mere act of wearing a costume as an invitation for lewd comments, harassment, groping, or worse because many cosplay culture outfits are revealing.

A cosplayer named Mandy sparked the movement called Cosplay is not consent as she protested against this kind of behavior by people in 2012. The main reason for this movement was to encourage respectful behavior towards cosplayers and ensure fan spaces are safe for everyone.

Although many cosplayers participate because they are seeking fun and pleasure, there are also people who earn a living through cosplaying. For example, Jessica Nigri, a famous cosplay artist, became popular worldwide when her ‘Sexy Pikachu” costume went viral on the internet. Since then, she appeared in anime and comic conventions as the official cosplay model for numerous characters.

She also sells autographed posters of herself and earns a handsome amount of money designing costumes for new video games that are releasing soon. Some cosplayers charge money for their photos to be taken. Monetization creates complications, even though it supports participants in the craft.

A Costa Rican Cosplay artist, Angelia Bermudez, fell victim to fraud as she was promised that her hotel and plane ticket will be covered but sadly she didn’t get any of it. There are numerous similar cases all over the world.  It is unfortunate that those who put time and hard work into their art are either ridiculed or not taken seriously.

The Benefits of Having a New York State ID Card