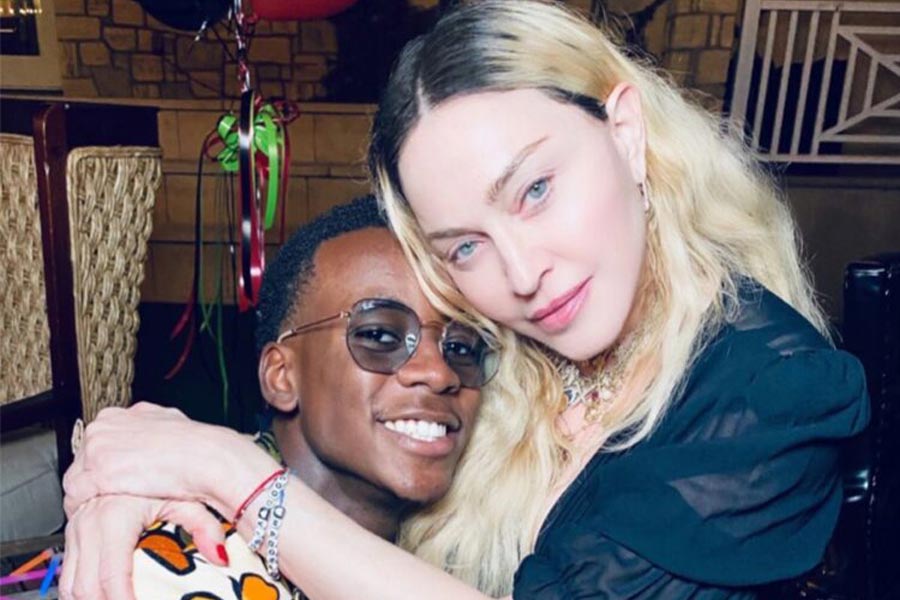 David Banda Mwale Ciccone Ritchie is an adopted child by a popular American Entertainer Madonna Louise Ciccone. She is mostly known with her stage name Madonna. The famous artist adopted the African boy David Banda Mwale Ciccone Ritchie, when he was little and only 1-year-old from then till now she is nurturing him with care and love. However, you might think that it was easier for Madonna to adopt David, but it was not that easy. David’s father was not allowing Madonna to hold David because of her controversial lifestyle.

However, eventually things were normal, and now David is enjoying a luxury lifestyle given to him by his adopted mother Madonna.

David Banda Mwale Ciccone Ritchie was born on September 24th 2005 in Malawi. His biological parents are Malwians. Right after David’s mother died due to his birth, his father Yohane banda abandoned him in a nursing home. That nursing home handed over David to an orphanage in Mchinji, Malawi, known as Home of Hopes Orphanage.

After a year Madonna Visited Malawi for charity work, she also visited the orphanage where David was kept. It was that time when Madonna first saw David, a cute little young boy. During that time David Suffered from pneumonia and was in need for medical treatment. That time without a second thought Madonna adopted that young boy. Finally, in October 2006 after all the documentations she adopted David.

The process of adoption was going smoothly till some barriers started to come. Yohane Banda started making the adoption process more difficult for her. Because he was afraid of Madonna’s lifestyle and controversies, so he was wanting Madonna to cancel her plan, but it did not happen that way.

What we know about David Banda Family

Madonna was married to a guy when she adopted David. The guy’s name was Ritchie. Therefore, officially he was David’s father after adoption by Madonna. He has Four sisters Louders Leon, she is an American singer and is the first biological child of Madonna. However, David also has an adopted sister whose name is Mercy.

What are the career interests of David Banda Mwale Ciccone?

Madonna and David Banda Mwale Ciccone Ritchie were seen a couple of times in media presence. The duo of this Mom and son did attend the ‘Rebel Heart tour’ in 2015 where they sang a song ‘Like a Prayer’ together. They were also seen walking the red carpet for Grammy Awards in 2014.

Madonna who is very much active on social media, continuously posting the pictures and videos. Once she posted a video featuring the dance and signing moves of David. David is keen on playing football from the beginning. Moreover, he also started his training real early after which he moved to Libson to continue with his training with his training under Benfica Academy.

However, in 2018 Madonna Visited the Benfica Youth team to be clear for her son, there David showed some really good football skills. The club won the league and in fact David was also awarded for being the best player throughout the game.

What are Interesting Facts of David Bands?

Before David was adopted Madonna already had two biological children. Her first kid is her daughter Louders Maria; she was born on october 14th 1996. Louders is also in the same profession as her mother, she is also a singer. Second biological child of Madonna is Rocco Ritchie. He was born on August 11 2000. He is an actor by profession and also started ‘I am going to tell you a Secret’.

David has chosen a different career path from his family, not being in entertainment he wants to be a sportsman. He had already started the training when he was quite young, and shaping the career of himself as a football player. Her mother says that she will never hinder or stop in achieving David his dreams. If he wants to become a football player, if he does not want to be a part of the entertainment industry then she will never stop him.

Did you know that Madonna almost gave up in adopting David?

Madonna tells about the adoption process really easy, but what happened in real wasa different. She admits and confirms that she used to cry till she sleeps.

After reading those hate liners about herself. Like one blamed her to kidnap David from his orphanage when he was little because his father was still alive. It was quite difficult for her to adopt David. But she never gave up even thinking to give up once. Because she liked David in the first place as her own child, and she never wanted to lose him. Now he lives with a silver spoon in mouth.

He has a lavish lifestyle, and his relationship with his siblings is also good. They are often seen clicking pictures together and spending time with each other.

So this is how Madonna adopted David after struggling a lot. David also respects her about it and he is super focussed on his career right now, away from every affair or relationship.