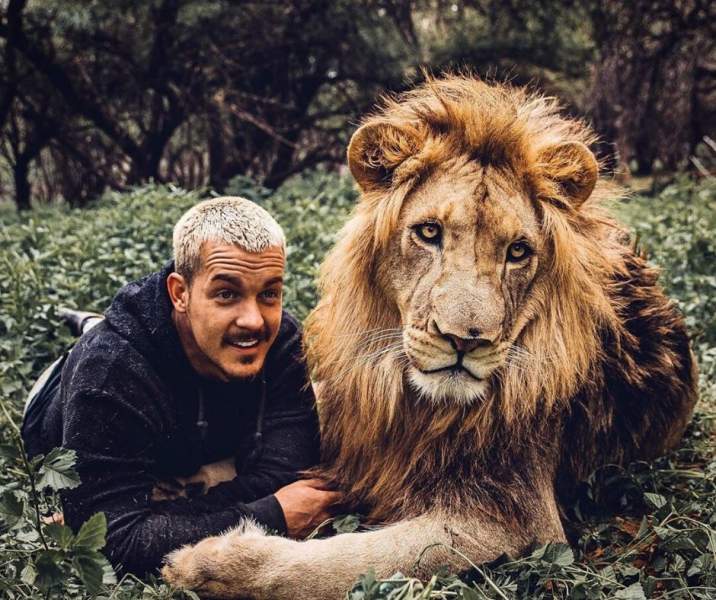 Dean Schneider is a famous personality who is a Swiss animal sanctuary founder. He loves animals and encourages other people to love and save animals. Furthermore, he is a well-known social media personality too. He is an animal rights activist who fights to save animals from captivity. Schneider has a good friendship with the animal kingdom. Moroever, he hugs and plays with lions as if they are his pals. Some of the photos he has posted with lions are famous on social media.

Therefore, this showed many that even the predators like Lions can become friends with humans. You can find all the details of Dean Schneider early life, career, and personal life here.

The birth date of Dean Schneider is 3 Oct 1992 and his birthplace is Zurich, Switzerland. Now he is twenty-eight years old. Moreover, his mother comes from the Balkan region and his father is a resident of Switzerland. Also, he has an elder sister. Dean discovered his love for animals and wildlife when he was seven. Therefore, by watching nature and nature-based shows he learnt about wildlife.

Many times Dean has shared pictures of his family on social media. They are the ones who helped him to raise money for Hakuna Mipaka Oasis. So this shows that Dean is close with his loving family.

At the age of twenty-two, Dean Schneider studied finance. Then he became an entrepreneur and started his own financial company. Therefore after three years he became the boss of over fifty employers. In Switzerland, he became a well-known banker and financial planner. But in 2017 he moved to South Africa. He started a wildlife sanctuary and rehabilitation centre called Hakuna Mipaka. This is a Swahili term meaning no limits.

He established a 4 square kilometre estate for the lions born in captivity. Also, there is a separate area in the estate where animals like zebras, impalas, kudu, and hyenas reside.

For Dean Schneider building a sanctuary for the lions was not easy. Before moving to South Africa he first went to Africa to find sponsors for his project. Also, he visited some lands and made some contacts. Then he created a seventy-page management plan and waited till he gets the grants. After this his plans became successful.

Dean Schneider shared on social media about his life with the wildlife. Now he has over 9.4 million followers in his Instagram account. He spends seven hours on Instagram to reply to the comments of his followers. People from different languages text him to know about his work.

In May 2020, Times Newspaper reported that Schneider has got caught in an animal abuse case. The paper shared that South Africa’s animal welfare agency saw the video of Schneider striking a lion cub and investigated it. But he replied to the accusations by saying that he was not striking the lion but teaching it about boundaries.

Who is Dean Schneider dating?

Dean Schneider is a popular man. Many think that he is in a relationship but he is single now. As his full focus is on saving animals in Africa he has no time for dating. But he may find a girl in the future who will understand him and his job. One time he jokingly shared that he is part of the Lion Pride and one of the Hyenas is his wife. Also, he stated that he became the father of two monkeys.

What is the net worth of Dean Schneider?

As Dean Schneider is a former financier and a popular social media personality he earns a lot of money. He knows how to manage everything up to the last details. That is why he can run a large sanctuary in Africa. It is not an easy job. He and his team find captive animals and save their life.

Also, they rescue lots of animals and give them sanctuary. According to the sources his net worth is between $1.5 million – $5 million. His wildlife sanctuary works with the help of donations, touristic visits/ programs and more.

Many photos and videos of Dean with lions, cheetahs and rhinos are popular on the internet. That is why many find his work impressive.

Some of the famous videos from his YouTube Channel

He wanted to help wildlife and he is doing it now. He is helping people to learn about animals and also to preserve their life.