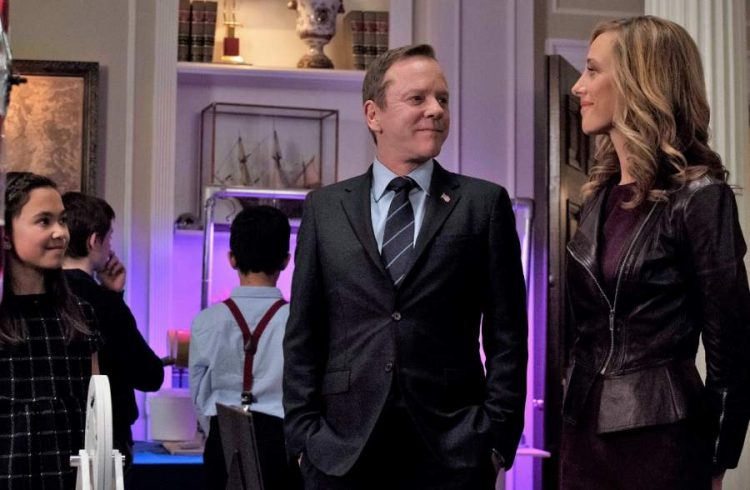 Designated Survivor is a popular political drama series made by David Guggenheim. The first two seasons of the series released on ABC Channel and the third released on Netflix. Now many are requesting the release of the fourth season. There are over fifty-three episodes in the series and many good actors are present in it who play major roles. As it is a political thriller there are many characters central to the plot. Know about Designated Survivor Season 4 here.

The fourth season of series is now cancelled in the Netflix streaming service. So there will not be the new season in Netflix as for now. But Netflix has promised that it will continue streaming the previous seasons. However, we can hope that sometime in the future the plans to create the fourth season may happen.

The plot of Designated Survivor

During the night at the event of the State of the Union, an explosion occurs and it completely destroys the Capitol building killing the president and the people who are the candidates for Presidency. However, one man called Thomas Kirkman gets termed as the designated survivor. He is serving as the secretary of urban development. Kirkman takes up his duties however little does he know that the explosion was just the start of other major shocking occurrences about to happen.

He is the designated survivor who becomes the President of the US after a terrible explosion at the capitol building that puts an end to the government.

She becomes the First Lady of the US who gets killed in a car crash.

He is the vice president-elect of US. He gets questioned for the destruction of the Capitol building.

She serves as the spokesperson of Kirkman’s campaign for the presidency. She then starts to work as a special advisor.

He is a secret service agent who serves President Kirkman.

The series Designated Survivor met with favourable reviews from the audience. Many got fascinated by the characters as well as the plot of the story. Every moment in the series is thrilling. It got compared with the hit shows like Quantico and Scandal. The suspense in the series gripped the attention of the audience. In Netflix, the series got released with TV-MA rating because of the violence and suggestive dialogues in the story.

If Netflix decides to make the fourth season we can make few assumptions on how it will be. The fans want to know about many things. They want to know if Emily will come back or not. They also like to see if Isabel reveals the truth about the baby to Aaron or not. The presidency of Thomas Kirkman is also an interesting matter. Will he be able to continue with his life smoothly? Many truths about the attack in the Capitol building also need to get revealed.

Designated Survivor is a popular series showing us a glimpse of a political world. Let’s be hopeful for the release of season 4 in Netflix.