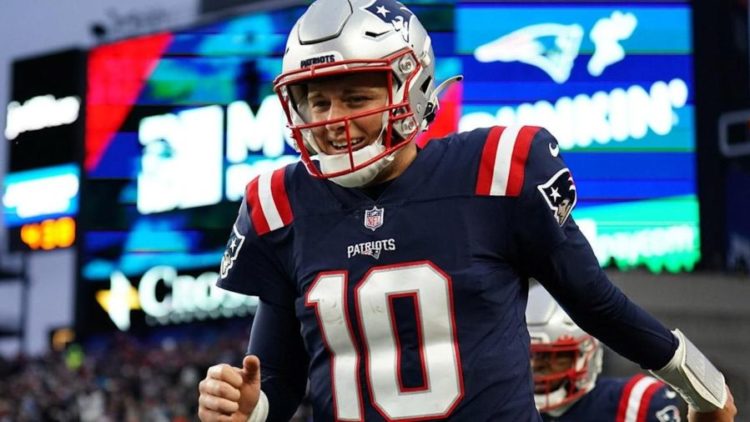 Football is one of those sports which people of all ages enjoy to a great extent. Especially if you are an NFL fan, your experience will be surreal. If you are active on social media platforms, you must have heard about famous players like DeVante Parker and Mac Jones, right? Well, recently, the New England Patriot quarterback Mac Jones was praised by the legendary footballer DeVante after his workout.

In fact, you must have also heard that the Miami Dolphins may have traded Parker to the Patriots. Needless to say, he did not have much of choice here as per the news. So would you like to know more about it in detail? Stay with us until the end as we will share all the recent gossip about these celebrity players.

Who is DeVante Parker?

Even though he does not need a separate introduction, we will share some significant details about DeVante Parker. Yes, you guessed it right, he is the famous American football wide receiver for the New England Patriots of the National Football League (NFL). In fact, the Miami Dolphins drafted him in the first round of the 2015 NFL Draft.

As per the sources, he was born on January 20th, 1993, in Louisville, Kentucky. Therefore, he is presently 29 years old. Needless to say, DeVante has already received several recognitions and accolades. In fact, the authorities also ranked him as the 77th-best player in the Rivals.com Kentucky postseason top 10.

At the same time, all of his seasons in the NFL have also been worthwhile experiences for him. In fact, on April 5th, 2022, Parker was traded to the New England Patriots along with a 2022 fifth-round pick in exchange for a 2023 third-round pick.

What Drew Parker to the Patriots?

Many of our readers might have this question on their minds regarding why DeVante Parker came to the Patriots. As per the news from the sources, the Quarterback is a factor. It is here that he got to work with Jones.

So if you are active on social media platforms, you must have heard that the receiver flew down to Florida just hours after passing his physical. He did it especially to work out with Jones and receivers Nelson Agholor, Kendrick Bourne, and Jakobi Meyers, among others.

Parker says about Jones during a video conference that “He’s got a nice arm on him. A little zip in it, It was just a great workout for us. It’s just good for me to start throwing with him early and get the timing down.”

"[Mac's] got a nice arm on him, he was zipping it… it's something I'm looking forward to during the season."

DeVante Parker was impressed with his new QB during a workout with Mac Jones and #Patriots receivers earlier this month 😤 pic.twitter.com/q1WHyGq81r

At the same time, he also added that the way he throws the ball — it’s not tough. Jones throws a catchable ball as per Parker’s views. In fact, he is actually looking forward to the season. Moreover, he also says that he had the best season of his career under former Dolphins offensive coordinator Chad O’Shea. He modeled his system after the Patriots after coming up under Bill Belichick as an offensive coaching assistant. So you can say that this was another reason why Parker might have come to the Patriots.

What Were Parker’s initial Takeaways of Jones?

This is one of the reasons which have presently made DeVante the talk of the town. A lot of his fans appreciated his comments on Jones’physique. So do you want to know about this matter in detail? Let us share with you what he said to get a complete idea.

Parker told reporters that Jones’ workout was great in a press conference. He was actually impressed with Mac to a great extent. It seems Jones’ physique highly impressed Parker. He has probably become his fan. Parker added: “Mac’s a good quarterback. The way he throws the ball. It’s not tough; he throws a catchable ball. It’s something I’m looking forward to during the season.”

In fact, Parker gives the Patriot’s offense a dimension it lacked last season: A big, physical wideout who can consistently make contested catches and be a threat deep down the field and outside. He tallied 40 receptions for 515 yards with two touchdowns in 10 games for the Dolphins last season.

So as we conclude, we can say that DeVante Parker has presently made the headlines with his appreciation of Jones. In fact, it is also due to this reason that he has joined the Patriots. We are yet to see his performance in the team.

Also read: Know About The 4 Best Landing Spots for Trey McBride in The 2022 NFL Draft