Did The New Update Bring Back The Warzone Cheaters Back with A Vengeance in Caldera? Know About It

by Shivam
in Call of Duty
Reading Time: 4 mins read
0 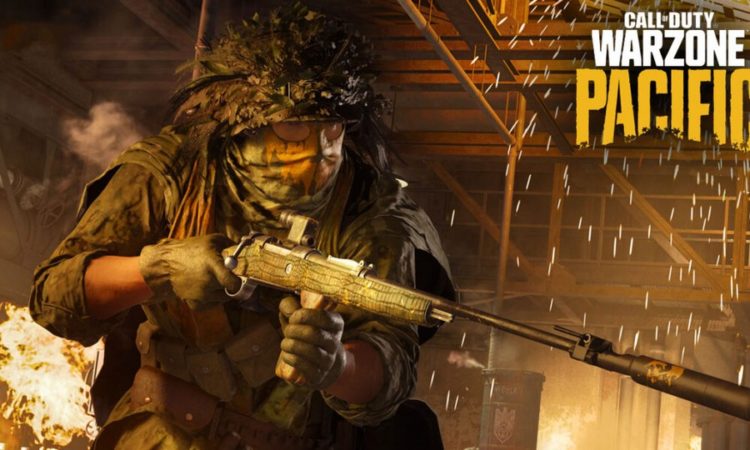 If you previously played Warzone, one of the most popular action games, you must be aware of some of its glitches. Even though this game has been undeniably successful among the players for many years since its launch in 2020, there have been significant issues with the warzone cheaters. So you can guess that when such a reputed company like Activision faces problems like this, it is indeed going to be the talk of the town.

However, why is this happening? Despite having a fantastic anti-cheat system like RICOCHET, how are the cheaters back in Caldera? Well, that is one of the questions that is presently the talk of the town. So if you are curious as well, let us look at some of the significant aspects regarding this.

Why Did the Developers Launch the Anti-Cheat Software in The Game?

So if you are reading this blog, you are probably curious to know what is wrong after the recent update in Warzone. Well, you are at the right place as we will be discussing some of the essential aspects of Activision’s popular game Warzone. Despite having anti-cheat software, it can’t be free of cheaters. So let us know more about this issue in detail.

As we mentioned, Warzone has been a top-rated game since its launch. In fact, the players have bestowed their love on this game since that year. However, for the past few months, the players have reported the interference of cheaters in the game. Due to this reason, Activision announced the inclusion of a strong anti-cheat software, RICOCHET, to prevent these issues. Needless to say, the gaming community welcomed this initiative.

The developers implemented the software in December to close down the interference of the cheat providers. However, many players started reporting from early 2022 that the problems were getting worse. So you can say that RICOCHET was not a silver bullet for hacking. Have a look at

What Are the Fans Reactions on This?

Many of you might be wondering what the players are saying regarding the present issue. Well, we have gathered some of their reactions from Reddit and other social media platforms for our readers to view. So if you would like to know about it stay with us till the end.

Should the Double Barrel Shotguns be nerfed again in Warzone? 🤔 pic.twitter.com/Qm0ZS4igz6

As we mentioned, Warzone is amidst the threat of cheat providers and hackers. Even after having strong anti-cheat software, the developers cannot solve the problem. Due to this reason, the players are worried about their favorite game as well. We can see the social media platforms flooding with comments and fan reaction videos.

For instance, one Redditor reported that he encountered cheaters in almost every match. He said that he had run into four cheaters now and then. In fact, he has also questioned the integrity of the anti-cheat software. This is because of this frequent interference of the cheaters in every game. Players are indeed very concerned about what has changed in the software resulting in cheaters’ interference.

Is The Situation Getting Worse?

As per the comments from various players, the interference of cheaters is indeed “getting worse.” Furthermore, he also says that probably the cheaters are “back with a vengeance.” In fact, he also adds that every time he is into a lobby, the cheaters are easily tracing his whereabouts. So indeed, this is very concerning. You can check out how the anti-cheat software is not working here

Therefore, plenty of other players echoed the comments saying that the condition was pretty different even one month back. They had not seen a single interference of a cheater ever since Caldera dropped. However, all of a sudden, they are back with a bang. So the players are puzzled as to what had led to this.

Many of them had also suggested that the players are very wary of cheating opponents. So they baselessly accused anyone with a good aim of being a hacker. However, the increasing frequency of complaints suggests that cheaters are becoming more prevalent.

Many of them also suggested that cheater and hackers may have upped their game to receive less detectable cheats. But you can understand one thing now that we can’t be sure of anything for the time being. We have to wait for the official announcement for the developers.

So as we conclude, we can say that Activision’s Warzone is indeed one of the top-rated games presently. However, until the developers nullify the present threat of the cheaters, the players can’t be at peace. So let us wait and see what the developers have to say regarding this.

You may also read: 5 Tips and Tricks on How to Get Better at Valorant