Difference Between The Front Wheel and Rear Wheel eBikes 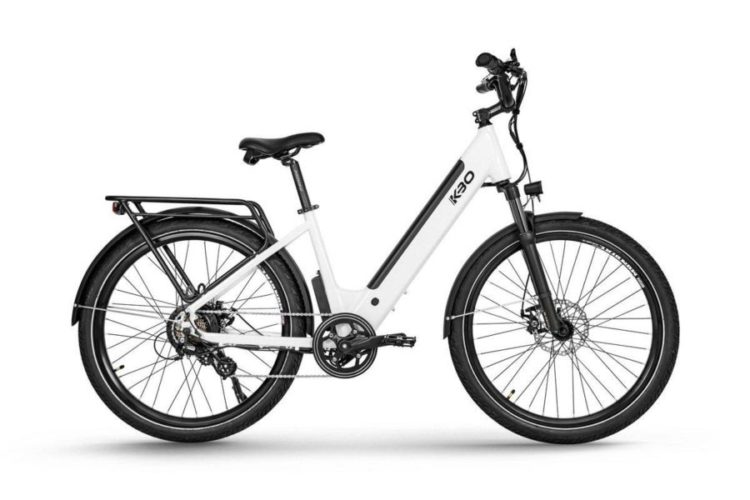 For riders looking for an electric bicycle to purchase, this topic comes to play. Should you go with a front-wheel E-bike or a rear-wheel E-bike? Keep reading to find out more.

Subsequently, in this article, it will be called a front hub motor and a rear hub motor.

Now that we have established that fact let us talk a little about this.

One of the most important factors to be considered is wheel installation. One of the many advantages of front wheels is the ease it comes with when being installed. Riders do not have to be worried about adjusting their derailleur to eliminate the chain noise of transferring the freewheel.

Installment and configuration of front-wheel e-bikes are very straightforward. The reason is that there is no gear system on the front-wheel ebikes.

This happens because the front fork of the E-bike does not have a structural platform.

Difference between the front wheel and rear wheel eBikes

One of the major differences between Front Wheel and Rear Wheel eBikes is the positioning. Their various placements cause their major differences like weight, safety, power, etc. Although they can both work perfectly on steep hills, they have specifics and differences.

Below are some of the major differences between the front wheel and the rear wheel.

When it comes to hub motors, front or rear, the first thing to consider is the weight. Basically, as a rider, you are prone to spread the weight of your E-bike out as often as possible, and the process is front to back. Having all the weight on a particular spot is not right.

However, most commuter ebikes batteries are located at the middle or rear of the bike. Ebikes that have heavy rear hub motors are fixated on the rear rack.

This is crucial for consideration. As a rider out on a ride, you are likely to meet with one or two slight inconveniences on the road that would result in a puncture to the rear tire of your E-bike. However, this puncture is less likely to affect the front tire. This is because the front tire mostly shifts up objects in the road that were initially laying flat, and when they lift, they damage the rear tire. Some of these objects are glass shards, nails, staples, etc.

Fixing flat tires can take a toll on the rider.

As a result of the weight distribution issue, front wheels are the best bet for safety than the rear wheel. With the rear wheel e-bike, all of the rider’s weight is centralized at the rear of the bike frame, and the rider could accidentally fall off when the wheels pop. However, this is not the case with the front wheel, as it offers stability and balance to every rider when in use.

Every rear-wheel E-bike has one major advantage over the front-wheel motor. Almost every rider wants their ebike to be aesthetically similar to that of a traditional bicycle. A front wheel has a distinct appearance, while a rear wheel is usually mistaken to be a standard bike.  This is one great advantage the rear wheel has over the front wheel.

Although most of these above points specifically favored front-wheel e-bikes, this does not mean those rear e-bikes should be removed without a second consideration. It is advisable not to count out the rear wheel e-bikes just yet. Although the front wheel e-bikes are easier to install, with the weight spread around the bike, rear-wheel e-bikes have better traction and provide smoother acceleration that is stealthier for every E-bike.

Again, strong hub motors are better options for rear installations. And this is because the higher power they have is handled better by the string dropouts in the rear of the E-bike.

Furthermore, in regards to the above, smaller and weaker hub motors are used in the front of bikes to take core advantage of the distribution of the weight and also avoid issues of tire sprain and spin as a result of the weak motor. Large and stronger hub motors are positioned in the rear of an E-bike to take advantage of these gains in tractions.

In conclusion, It does not matter which wheel is better between the front wheel and rear wheel eBikes. The decision is up to you as a rider to decide what attributes soothe your riding style best and work with them.