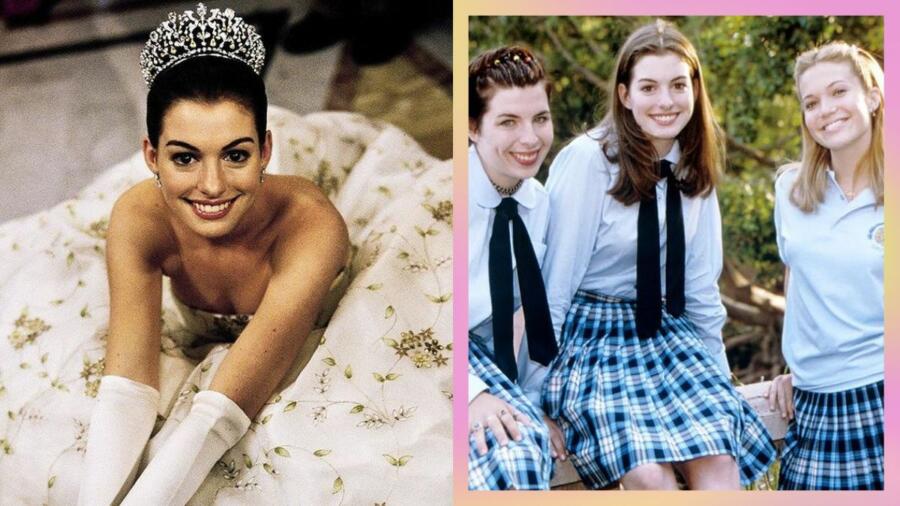 The Princess Diaries is an arresting 2001 American coming-of-age comedy film. Walt Disney Pictures produced this cinematic masterpiece. Garry Marshall is the director behind this artefact. The film unfurls the story of Mia Thermopolis (Anne Hathaway). In fact, we see Mia as a shy American teenager whose life changes after she learns that she is heir to the throne of a European kingdom. Indeed, under the tutelage of her alienated grandmother (Julie Andrews), the kingdom’s ruling queen, Mia must decide whether to claim the throne or renounce her title permanently.

The film shows Mia to be a student at Grove High School. She lives with her single mother, Helen. Indeed Mia goes through a painful journey as she suffers from a fear of public speaking. In fact, the only friends she has are the social outcast, Lilly, and Lilly’s elder brother, Michael. Michael secretly harbors inclinations towards Mia.

After learning that she is the sole heir to the throne of a European Kingdom, Mia is initially reluctant to live up to her role. However, as the film journeys on, we see Mia receiving a glamorous makeover. Indeed, her schoolmates treat her differently after her transformation. We see the Queen and Mia coming close to each other. It’s the most absorbing kind of bond. Clarisse tells Mia that although her parents adored each other they separated amicably in order to pursue their own passions. However, as Mia rises to fame, her relationship with Lilly tends to be strained. Mia, in spite of herself, ends up neglecting Lilly.

As the film draws to its end, we see Mia finally accepting her role as Princess of Genovia. Indeed, we also see Mia and Michael eventually uniting in a sweet, romantic relationship. In the final scene we see Mia travelling to Genovia and penning down in her diary her decision to relocate to Genovia with her mother.

Can we anticipate Princess Diaries 3?

A news report states that The Princess Diaries 3 is currently under process. Indeed, Disney is returning to diffuse the magic of Princess Diaries among the newer generation. We can’t wait to go gaga over the latest Mia. A Mia portrayed in the modern contemporary times. Let us tell you what we learnt from the reports. Sources stated that the new Disney film is in development. Aadrita Mukerji is the writer of the new film. In fact, The Princess Diaries 3 is an extension of the Anne Hathaway-led series.

Debra Martin Chase is producing the latest film. She has worked on the first two Princess Diaries and created magic. In fact, Debra Martin Chase has most recently produced Godmothered and garnered immense success. Melissa Stack is the screenwriter of The Other Woman. Indeed, she was also the writer of the film Godmothered.

Are we seeing Anne Hathaway in Princess Diaries 3?

Hathaway does not have a deal for the film as of now. However, she has claimed that she would like to be in it herself if the project moves past being merely a script. Indeed, she disclosed that the original cast members are excited to appear in the film once the script is appropriate for the audience.

Also read: Cherelle Griner: Do You Know Who is She?