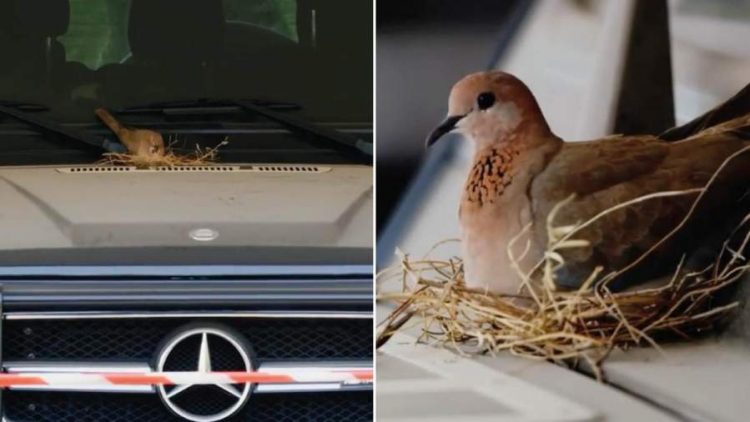 Sheikh Hamdan bin Mohammed bin Rashid Al Maktoum the Crown Prince of Dubai did not use his Mercedes for many days because he saw a bird’s nest on it. Because of his sweet and thoughtful gesture, we can learn a lesson. Today there is lots of news about animal cruelty that has made us feel cynical about human nature. However, there is a light at the end of a tunnel because there are many humans who actually do care. This exemplary behaviour of the Crown Prince shows us that the lives of the animals are also precious.

A good deed that stole hearts

At the start of the month, the Crown Prince saw the bird building a nest in his car. But he did not try to shoo the bird off. He allowed it to build the nest and stopped using the car. On Wednesday the Crown Prince shared the picture of the car with the bird’s nest on his Instagram account. It was really heart-warming. He also posted a line saying little things in life are more than enough. The picture also showed the mama bird feeding her young after they came out of the eggs.

A newspaper source also stated that the Crown Prince arranged things to give privacy to the bird. Red tape was all around the car to ward off other vehicles. He also asked his servants not to go near the car. In only twenty-four hours the good deed of the Crown Prince became popular news. Many people praised him for his kind-heart and deed. The picture he posted received a lot of likes on Instagram. Some praised the king by saying that he has the heart of an angel.

These acts show us that still there is goodness in the world. So we can also take care of the animals that reside nearby our house and neighborhood. We will feel happy and content.