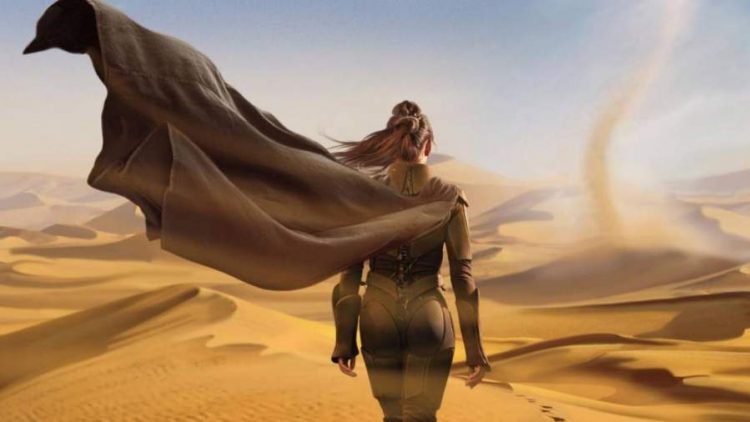 Dune is a soon-to-be-released science fiction film adapted from the books written by Frank Herbert. The director of the film is Denis Villeneuve. Also, the casting for the film is spot-on as many excellent actors are going to play roles in it. The release date of the film is also set. The film is going to have two parts and the first part will cover the events in the first half of the novel.

Know all the exciting details about the trailer and the film here.

The film is set to release in IMAX and 3D in the United States on December 18, 2020. But some say that this film will get delayed because of COVID 19 pandemic. The recent trailer release did not show any release date and this started the speculations of delay. We will get more information about this in the upcoming days.

The trailer of Dune film depicted many awe-inspiring details of the exciting world created by Herbert. However, one detail in it kept fans talking and that is the box. In the trailer, we saw mother Gaius Mohiam asking Paul Atreides to keep his hand in the box. The box contains a needle called Gom Jabbar and it will reveal some of humanity’s secrets. A person who keeps his hands on the box will experience a lot of pain and that why it is pain box. But will our main character be able to endure the pain? We have to see the movie to find out.

The plotline of Dune

The story is set in a future world where humans still exist. Duke Leto Atreides decides to accept the stewardship of the mysterious desert planet Arrakis also known as Dune. It has the only source of the substance called Spice which is a drug that can make humans live longer. It also can provide superhuman strength and the ability to travel faster than light. Leto is aware that this is the plan made by his enemies but he travels to the planet.

He takes his Concubine who is a Bene Gesserit named Lady Jessica and his son Paul. On the planet, Leto takes full control of the spice mines. But because of a betrayal, Lady Jessica and Paul escape from their home and seek help from Fremen the native people of Arrakis Desert.

Dune 2020 film will be an excellent adaptation of the book. Stay tuned for the exciting film as it will release soon.