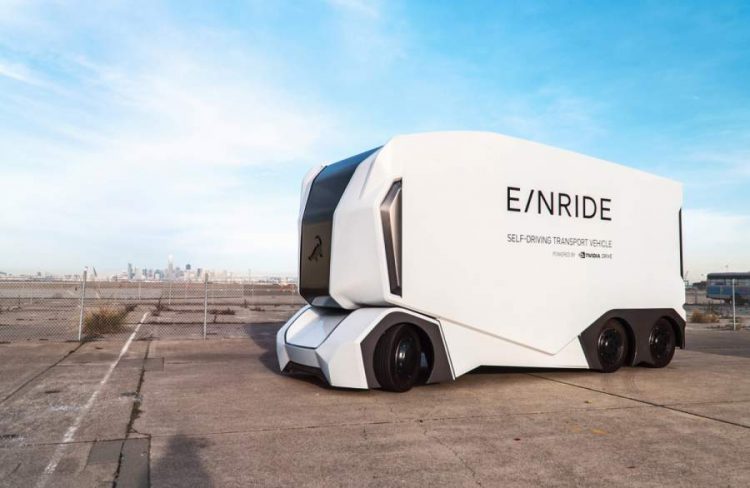 The Electric Truck by Einride has given an upgrade for its Drone trucks. They have planned to make it more aerodynamic for autonomous freight hauling. The company has also opened the models Autonomous Electric Transport (AET) for preorders. The Drone truck models AET 1 and AET 2 will get shipped in 2021 and the AET 3 and AET 4 will be avaibale on 2022 or possibly 2023. Know more about the Einride’s drone trucks here. You will get impressed by the comfort and convenience it offers.

Einride AB is a well-known Sweden based transport company. It produces electric and self-driving vehicles called as Einride pods. The pods are trucks which the drivers can control from a remote distance. There is no driver’s cab in the trucks. The prototype of their creation released in July 4, 2017. From then onwards their smart trucks are surprising the world with their innovative ideas.

What are the features available in Drone Trucks?

The AETs will not have a cabin for the backup driver to sit which is similar to the EVs. But the trucks can be self-driven meaning that it is autonomous. Moreover, the driver can operate it from a distance. One operator will be able to monitor multiple vehicles. The models AET 1 and AET 2 will be having similar specifications. They can go at the speed of 30 km/h with the payload of 16 tons. The truck will have a range of 130 and 180 kilometres.

But the trucks also have a difference in their operational boundaries. The AET 1 is specifically built for the use of closed areas such as the depots and ports. On the other hand, AET 2 can travel on public roads with short routes.

The other set of models AET 3 and AET 4 are particularly made for rural and highway use. They contain the same range and payload of the EVs however with increased top speeds. Furthermore, the AET 3 will be able to cover 45 km/h and the AET 4 can do 85 km/h.

Einride has shared that the trucks will be able to decrease the costs of transport up to 60 per cent. It can also lessen the CO2 emissions surprisingly by 90 per cent. The company has spent a year for its creation to move on the public roads in Sweden. Now it is also ready to make the truck more available than before.

The aerodynamic Drone trucks by Einride are a game-changer. The buyers can preorder the trucks now.