Emmy Rossum Bio, Family, Affairs, Net Worth and All Details 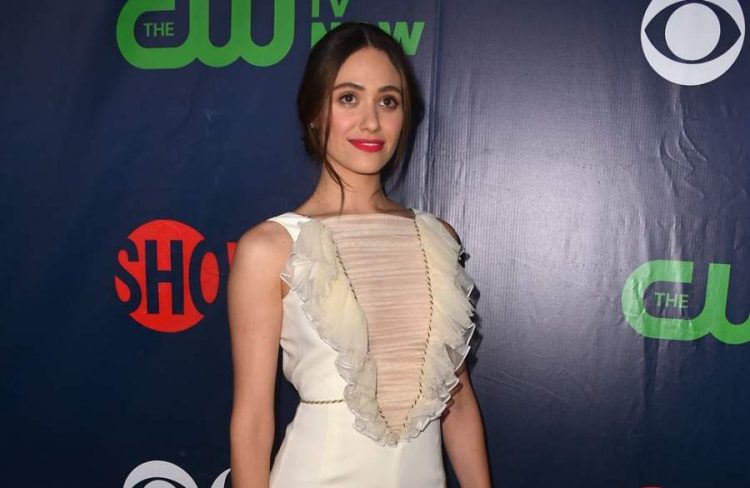 Emmanuelle Grey Rossum (Emmy Rossum) is a popular American actress and singer. She is well known for her acting in Shameless series as Fiona Gallagher. Her role in Mystic River also gave her a lot of recognition. She is thirty-four years old now. She also acted as the heroine of the 2004 film The Phantom of the Opera. Rossum is also a good singer and songwriter. Her debut album is Inside Out and then she also released another album called Sentimental Journey.

Know all about the Emmy Rossum Biography.

Emmanuelle Grey Rossum’s birth date is September 12, 1986. Her birthplace is New York City. She is the only child of Cheryl Rossum who raised her as a single mother. Her mother worked as a photographer. Her parents got separated when she was a baby. She had only met her father two times in her life.

She sang the Happy Birthday song in all twelve keys and because of that she got asked to join Metropolitan Opera at age seven. She was able to sing on the stage for many years with the chorus group. She also got the chance to perform with the singers like Plácido Domingo. In her young years, she suffered from attention deficit hyperactivity disorder. She went to Spence School and then graduated from Columbia University.

In 2014 she acted in the period drama film The Phantom of the Opera. In the same year, she became part of the film The Day After Tomorrow. In 2019 there was news that Rossum will act in Angelyne a drama. This is her first role after her part in Shameless.

In 2008 Rossum married Justin Siegel. But they divorced in 2009 because of irreconcilable differences. Then in August 2015, she became engaged to director Sam Esmail. They dated for two years.

She is the ambassador of YouthAIDS. Then she served as the spokesperson for Pinkitude a brand inspired by Pink Panther and it raises awareness for breast cancer. She also raised money for many charities and organizations by working with Global Green USA.

The net worth of Emmy Rossum

According to the sources, the net worth of Emmy Rossum is $12 million. For her part in the Shameless series, she received $350,000 for each episode. The series garnered a lot of popularity because of the story of an unconventional family. Therefore she is a rich actress now. She also has played many different roles in her film career making her one of the talented actresses in the industry. She has a large house in Beverly Hills, California.

Emmy Rossum is a great actress. In the future, she is going to act in a new series. We can expect her to do a great job like she always does.