Epic Seven Mystery 2021 Season and New Event. How to download and Play Epic Seven on PC? 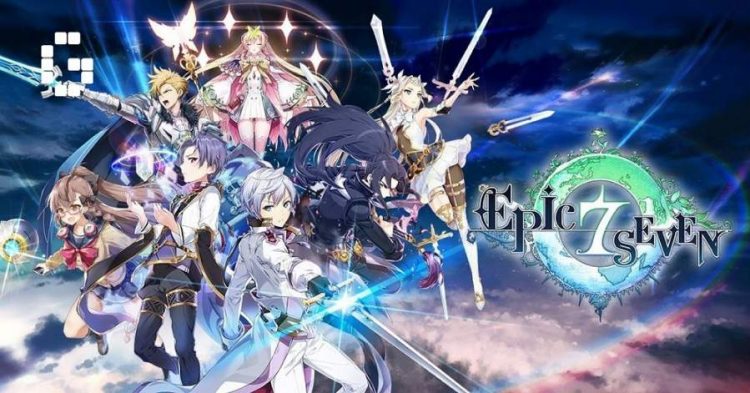 Epic Seven is a popular role-playing video game published by Smilegate Megaport. In this game, there are multiple stories and events.  Also, the game contains several heroes.  The heroes can be equipped with multiple items like skins and other items. The players can download it on both Android and iOS devices. They can also download Epic Seven on PC by using an android emulator.

Finally, the Mystery 2021 Season of Epic Seven is released in this new update. In this new update, the players will be able to get new skin of Dark Angel.  The new skin is named Rose skin, and also players will get special frames in this event. This season will start from April 22 and lasts till May 20. To get access in this season, you have to tap on the “Epic Pass” icon.

The “Epic Pass” icon is available in the main lobby. You can get both free and premium rewards from this event. Also, you use your premium currencies to increase the rank of your season. In this season, the players can also get special rewards.

How to upgrade Epic Pass?

The rose skin is a new beautiful skin of Epic Seven, and this new skin is released in the new update of Epic Seven. This new skin belongs to the Hero Dark Angel.  It is a special reward for this new update and may need 1800 Skystones for purchasing. But it is the best so we can say that it is not expensive.

If you do not have so many skystones to buy this skin, then the skin will be added to the skin trap, and you will be able to buy this new skin anytime.

As we discuss that a new side story is released in the new update of Epic Seven. This story will be available from April 22 to May 6. You can enter this side story when your reach account Rank 9. You have to go into the lobby and tap on Battle, and after this, tap on a side story. The players need to clear the stages, quests, and achievements to progress in this story. The event currency can be obtained by exchanging the items. In this side story, you may experience urgent missions.  The enhanced heroes of this story are Yufine, Cecilia, Charlott, etc.

The players have the choice to choose their difficulty when they reach stage 4. As they progress, they can choose great difficulty and get higher rewards. The event currency can be exchanged by players. So the players can consume different items to get the new event currency. This new side story will be more interesting for experienced players.

This also a new event of Epic Seven, and it belongs to the Drop up Rate.  It is a special event in which the players will meet with Roana. The Roana is an Earth elemental soul weaver. It can to contain special heroes. Its heroes are specialized in double attack and counter-attack.  It also has a unique ability that helps the allies to heal quickly.

When enemies attack the allies with a double and counter-attack, the players can also obtain the health recoverers and exclusive Artifacts in this event. These also play a great role against AoE skilled enemies. So this new event is more interesting and helps you in gameplay.

How to download and Play Epic Seven on PC?

As the technology makes progress, new games are introduced in the market. The old games have small sizes, but now the modern games have large sizes and occupy more space. We know that people play Android games on Android devices but due to the large size and small screen of smartphones the people like to play these games on PC. They are wandering about the process of downloading the Android games on PC.

LDPlayer has a unique feature of its frequent updates, which allow the users to download all the Android games on PC. The users can also use external gamepads by using this Android emulator.

LDPlayer is a free Android emulator, and it can be downloaded easily. You can download LDPlayer without any difficulty by just following the given steps.

2. On the official website of LDPlayer, you will find two versions of the LDPlayer Android emulator. Tap on your desired version.

4. Downloading process takes a little time, and after this, install the emulator on the PC.

5. Open LDPlayer and visit LDstore for downloading the Android games on PC.

Also read: 7 of The Best Mobile Games That will Keep You Entertained for Hours