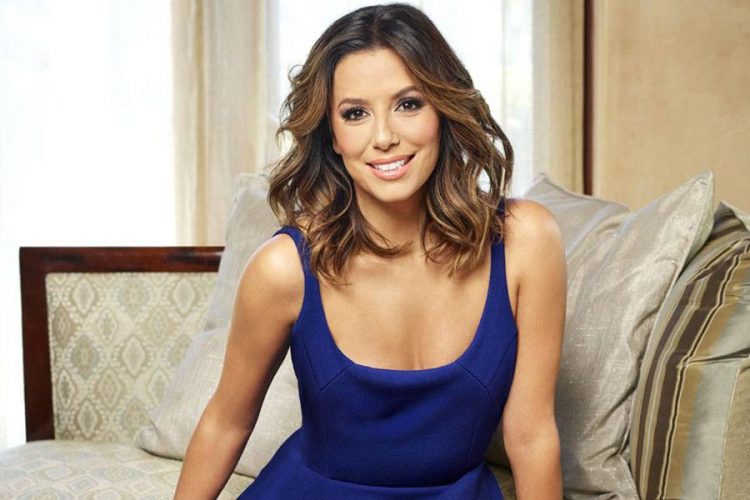 Eva Jacqueline Bastón is a popular American actress, director, producer, and activist. She is a top businesswoman too. She appeared as a guest on many TV shows. Longoria became popular because of the soap opera titled The Young and the Restless. She also was part of the series Desperate Housewives from 2004 to 2012. Longoria has got the Golden Globe award for her acting. Along with her acting career, she does many advertisement campaigns for which she is famous.

She is one of the beautiful women in the Hollywood industry. At the moment her age is forty-five. Know about Eva Longoria Biography here.

Longoria’s birthplace is Corpus Christi, Texas and her birth date is March 15, 1975. The names of her parents are Ella Eva (Mireles) and Enrique Longoria, Jr. They are Mexican-Americans and she was the youngest child in the family. One of her sisters was a special needs child. She grew up in a Roman Catholic family. Eva studied at a high school in her hometown and worked parttime in Wendy’s restaurant to save money for her quinceañera. She also worked as a head-hunter for several years before she started her acting career.

Longoria got her first television role in 1999. She met the executive producer Gary Ghiaey during a political reception who helped her to get the role. Then she guest-starred in Beverly Hills, 90210 series, and got to play a role on The Young and the Restless from 2001 to 2003. In 2013 she acted in Desperate Housewives in the role of Gabrielle Solis. Then in 2006, she acted in a film The Sentinel which became one of her major film roles.

The actress became famous because of advertisements too. She became the face of Bebe Sport. She also has the contracts for L’Oréal, and New York & Co. Then she served as the executive producer for Devious Maids and became the director of “An Ideal Husband”. In 2017 she directed the last few episodes of Black-ish.

From 2002 to 2004 Longoria was the wife of actor Tyler Christopher. Then she met Tony Parker and married him on July 6, 2007. But in 2010 she filed for divorce stating “irreconcilable differences”. On December 13, 2015, the actress got engaged to José Antonio “Pepe” Bastón Patiño a top businessman in Mexico. They both met through a blind date set by a mutual friend. They both married on May 21, 2016. In 2017 she gave birth to her first child and then the following year the second child was born.

The net worth of Eva Longoria

The net worth estimate of Eva Longoria is $80 million. She started her profession as an actress but now she is a successful director and producer as well. Longoria is a rich woman because of her endorsement deals and advertisement campaigns. She is also the shareholder of many ventures for which she gets millions of dollars. She is also one of the richest artists in the industry. Moreover, Longoria has joined with sportswear manufacturer called Sunrise Brands to release a women’s apparel.

Eva Longoria is a popular personality in the industry because of her multi-tasking jobs. We do not know how she handles all her careers successfully. But this is what makes her one of the successful women in America.