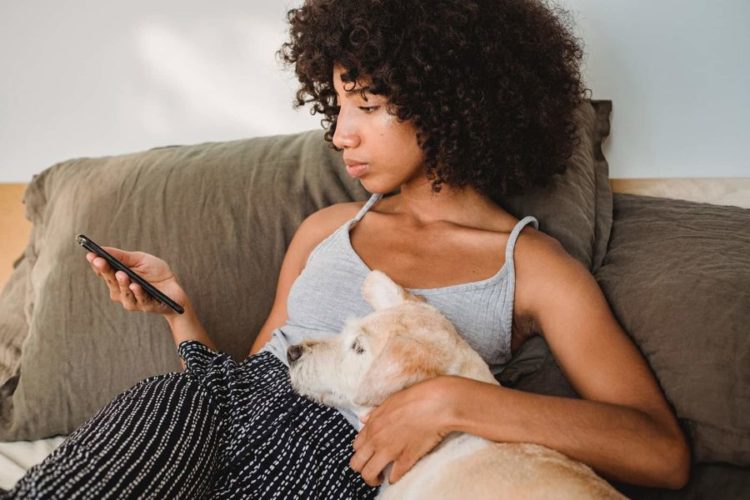 In early September 2019, Facebook launched its own dating service, Facebook Dating, in the US. In October 2020, it was expanded to European countries. Right now Facebook developers are actively working to attract as many interested users as possible with unique features. After all, the Facebook Dating platform is a new player in the dating industry, and you can’t succeed without unique features in this space.

Today we plan to look in more detail at the function of audio chat in Facebook Dating, but also to examine other interesting innovations in the field of online dating.

The introduction of audio chat has become one of the most important innovations so far on ​​Facebook Dating platform. Now someone can send another user a request to communicate via audio, and if they accept it, they will be able to voice chat. The difference between this feature and audio calls in regular messengers is that you cannot call without the consent of the other person.

However, audio chats are far from the only interesting innovation in Facebook Dating. In August 2021, the site delighted users with several more interesting tools:

A feature with which you can search for potential partners not only near you, but also in other places. For example, if you regularly travel to another city for work, you can add that to your favorites list. Match Anywhere will look for a potential match here too. Currently, you can add up to three different locations in addition to your current location.

A feature that helps you go beyond your usual preferences. For example, you can indicate certain parameters for your ideal partner. Other services blindly follow these limitations, but Lucky Pick may go a little outside them and thus significantly expand your range of potential partners.

Facebook is likely to continue to implement new features and matchmaking tools in the future to compete effectively with dating giants such as Tinder, Badoo and others. Though it should be said that not all new projects can be launched instantly. More on this below.

Sparked – A new world of dating or a failed Facebook project?

In April 2021, news portals were full of headlines that Facebook was launching a new online dating platform called Sparked. At the same time it began testing.

Sparked’s approach to dating turned out to be very unusual:

At the moment, the Sparked service has still not officially launched. And it is not entirely clear when or if it will be launched, as the Sparkedapp site does not currently work.

Luckily, if you want to video chat with strangers, you don’t have to wait for Sparked to come out. There are many alternative options that are no worse, and in many respects much better.

Random chat sites and the reasons for their popularity

The random chat format is far from new. The original Omegle random chat has been in operation since 2009. Around the same time Omegle’s main competitor ChatRoulette appeared. The difference between such platforms and Sparked is that there are no time limits for communication. You can end the conversation after a couple of seconds, or you can have a leisurely conversation for several hours — whatever works for you.

The random chat format has experienced several ups and downs in popularity. While in 2009-2010 they made a real sensation, after 2010 the interest in such sites decreased. But the coronavirus pandemic changed everything. Video chats with strangers have caught fire again. Millions of people, having lost the opportunity to easily meet and communicate offline, rushed to the Internet. For many of those, web chats became a real gateway to the world of fast and easy dating on the Web.

Of course, the random video chat format isn’t just limited to Omegle and Chatroulette. There are dozens of interesting alternatives to talk to strangers online. For example, Emeraldchat offers random chat with a karma rating and a functional messenger, while OmeTV has a convenient search for chat partners by gender and location. Meanwhile CooMeet provides the ability to connect only to the opposite gender and excellent mobile applications, and Chatrandom has themed chat rooms and convenient search by interests.

In 2020-2021, dating site owners realized that classic dating platforms no longer meet the requirements of the modern user. No one wants to spend hours studying other people’s profiles, swiping an infinite number of photos and hoping that the site algorithm or application will find a perfect match at some point.

As a result, many dating and communication platforms have now implemented new interactive functionality:

There are now about 8,000 online dating services in the world. In order to stand out from the competition, these sites simply have to offer something new.

We’re convinced that the current fast pace of innovation on dating sites and applications is a very good trend, as in recent years, there’s simply been nothing fundamentally new in the industry. But now online dating services are trying to stand out from competitors by offering users exclusive functions for free, or at least cheaply.

It is difficult to say yet whether Facebook Dating can fully compete with the established dating sites and apps. On one hand, it’s difficult because of the vast amount of competition. On the other, Facebook has a significant advantage — a colossal social network user base. Many users will be more willing to switch to a branded dating service from a trusted social network than to register on third-party sites they’re not so sure about.

Whatever happens, we advise you to follow the ongoing development of modern online dating. There are certainly lots of exciting new things to come.

Also read: 10 Best Dating Apps To Help You Meet ‘The One’

What is A Mobile Patrol App? Why Do You Need One?