Do You Know Who Is Finn Wolfhard Girlfriend? 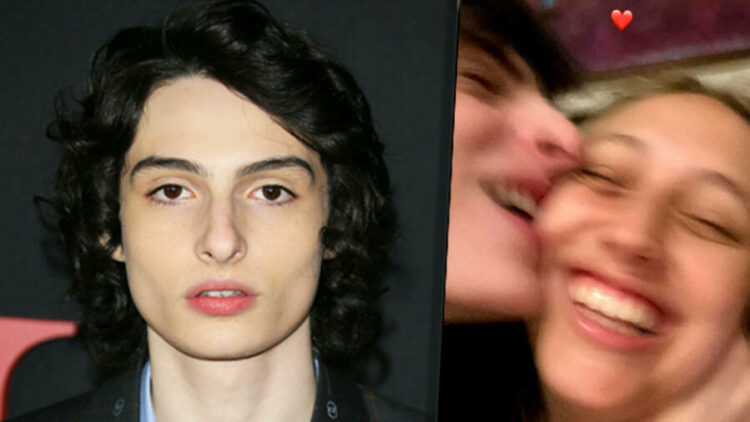 Finn Wolfhard girlfriend is a curious topic to research on since it is enmeshed in secrecy. Finn is mysteriously private about his dating life. Indeed, the fans are very eager to know who Finn is dating currently. In fact, the excitement of the fans are all the more because Elsie Richter has uploaded an Instagram story. Going by that, it seems Finn and Elsie see each other. The instagram story has taken the world of the internet by storm. We see a cute glimpse of a public display of affection.. in the picture Elsie is cuddling with Finn. In fact, we see Finn’s lips on Elsie’s cheeks.

The picture is a sweet glimpse of blissful togetherness. Thus, the fans are jumping to conclusions that Elsie Richter and Finn Wolfhard are dating each other. The fans are all the more keen to find out about Finn’s personal life as keeps away from social media when it comes to his private journeys in life. Thus, Finn is someone who likes to keep his private life private. Indeed, he avoids the glare of the media’s predatorial eyes when it comes to his dating life. Therefore, we have little to no information about Finn Wolfhard’s ex-girlfriends.

However, rumours were simmering that Finn was seeing Millie Bobby Brown. Millie is Finn’s Stranger Things co-star. However, Millie has publicly contested and turned down these rumours on multiple occasions. Millie plays the character of Eleven. Eleven is Finn’s silver-screen girlfriend in the unparalleled series Stranger Things.

Coming to Elsie Richter, Finn’s possible love interest in the current times, Elsie is a fine young actress. She is only 20 and she has earned success and fame. Indeed, age has nothing to do with talent and expertise. If you are passionate, you are meant to succeed. Elsie, is a young mature actor who has stunned us again and again with her fertile charismatic performance. She is the daughter of actress Dolly Wells. Elsie saw the light of the day in 2002,in New York. Indeed, we saw her capable performance in Doll & Em and Di Bibl.

Finn Wolfhard is not only a Canadian actor but also a musician. Besides, he is a screenwriter and director. Thus, this young guy is a powerhouse of talent. At a very young age he has carved out a name for himself in the industry. Finn communicates the character of Mike Wheeler with uncompromising aesthetic honesty and impassioned sincerity. Yes, we are talking about the momentous Netflix sci-fi series Stranger Things. In fact, for his outstanding delivery of character he has earned a Screen Actors Guild Award.

We saw Finn’s critically truthful performance in several Hollywood films. Indeed, cinema meets literature when Finn depicts the role of Richie Tozier in the cinematic reproduction of Stephen King’s horror novel It.  We also saw him in the drama film The Goldfinch. He played the character of Boris Pavlikovsky. In the coming times, we will see him in the role of Trevor. Yes, we are talking about his next release Ghostbusters: Afterlife. This release is full of the uncanny supernatural charm and intrigue.

Finn is passionate about making music

Indeed, Finn Wolfhard is an amazing musician. He is deeply committed to music besides acting. Calpurnia rose to fame holding the hands of Finn Wolfhard. In the present times, he is a member of The Aubreys. In fact, Finn uses his on-screen personality and advocates for autism and indigenous children. It’s unbelievable what this young man does and is capable of doing. Indeed, Wolfhard hosted “Strange 80s” to raise funds for Sweet Relief. It’s an organization that provides struggling musicians with the much-needed medical care.