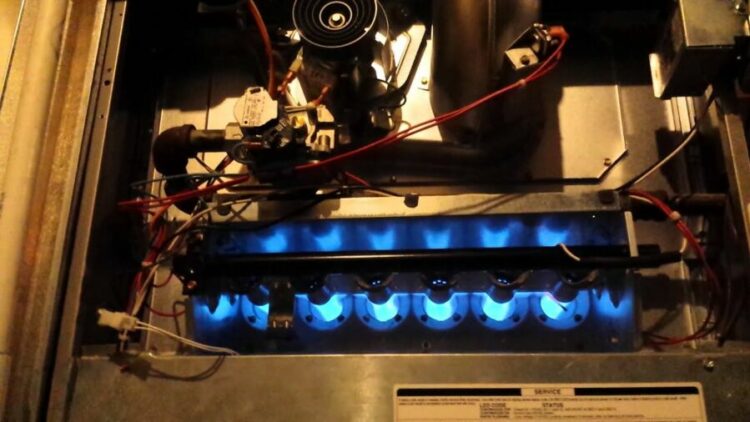 If you live in a region with freezing winter temperatures, your home probably has a gas furnace for heating. Although the furnace is a crucial part of a building’s HVAC system, people generally don’t pay them a lot of attention until they get faulty. A malfunctioning flame sensor is one of the most common reasons behind a faulty gas furnace.

Although a flame sensor is a relatively small component, it’s a crucial safety device in gas furnaces. If the flame sensor stops working, the gas furnace won’t run as the gas supply will be cut off. Reputed heating installation and repair companies like Hurliman recommend taking good care of your flame sensor and repairing it as soon as it shows signs of trouble.

In case your gas furnace isn’t functioning properly, you might want to check the flame sensor. This article will guide you with the flame sensor troubleshooting tips and tricks. Of course, if your flame sensor needs to be repaired, you may have to contact a professional.

What’s the function of a flame sensor?

Before we discuss how to troubleshoot a faulty flame sensor, let’s look at the function and the working principle of this component first. The purpose of a flame sensor is to detect whether the burner assembly has a flame burning in it.

In case the gas supply is on, but the flame sensor doesn’t detect a flame, it will automatically turn off the gas. The role played by the flame sensor is crucial in preventing a potential disaster. Gas exiting the burner without any flame will build up in the air and can potentially result in an explosion.

The actual sensor is a tiny metal rod protruding over the burner. When a flame lights up in the burner, it generates an electric current in the sensor. The current is very low-powered, quantified in microamps. A control board reads the signals and decides whether to keep up the gas supply or cut it off.

Usually, the control board waits for ten seconds before shutting off the gas valve after the sensor fails to detect a flame. After three failed attempts, it will lock out the system entirely and you can’t start up the furnace anymore. While you can reset the system and try again, contacting an HVAC expert is best.

It’s not uncommon for gas furnaces to develop a problem in their flame sensors. There are several reasons why your flame sensor may have gone bad, but the most common among them are:

Like any other device, a flame sensor wears out over time. Eventually, it becomes too old and damaged to do its job properly. Most flame sensors deliver optimum performance for up to five years, after which you might have to replace them. If your gas furnace is already over five years old and still uses its original flame sensor, go ahead and inspect it.

Carbon deposits building up on the sensor rod can cover it up and prevent it from functioning properly. When the burner has a flame, but the carbon deposits prevent the sensor from detecting it, the system will keep shutting off the gas. An improper air-to-gas mixture can result in unusually high carbon deposits from the flames.

Besides carbon deposits, regular dirt and debris from the environment can also build up on the flame sensor. This is a common problem as most buildings have gas furnaces installed in the attic or the basement.  Eventually, the dirt particles sucked in from the surroundings cover the sensor and block it from detecting flames.

How to troubleshoot a flame sensor?

Let us understand how you can go about troubleshooting a flame sensor. Follow the steps below to detect the issue behind the malfunction:

When turning on the gas furnace, listen to the sound of the gas igniting. The sound should be similar to that of jet engines. Once the gas is lit, keep listening for a while to see if the gas stays lit or goes out after a while. This way, you’ll know whether the burner assembly doesn’t have a flame or the flame sensor is detecting incorrectly.

The thermostat in your gas furnace has batteries that allow it to keep working with pre-programmed information in the event of a power outage. This can make your furnace malfunction, resulting in faulty readings on the flame sensor.

Another factor that might be interfering with the functioning of the furnace’s burners is the airflow. The air filters can clog up with dirt over time, which blocks the air supply and hampers the performance of the furnace unit. Check the filters to see if they are clogged up.

How to fix a faulty flame sensor

Once you have discovered that your gas furnace has a faulty flame sensor, it’s time to get it up and running again. Here’s what you can do:

If the problem with the flame sensor is due to the accumulation of dirt or carbon deposits, just cleaning it may fix the issue. Use an abrasive cleaning material that can gently remove the deposits.

Use a multimeter to test if the issue results from the flame sensor being damaged or worn out. If that’s the case, you may have to hire a technician to replace it.

If you have already tried the troubleshooting tips and solutions but the problem persists, it’s time to rope in a professional. A reliable gas furnace installation and repair company should be able to solve the issue quickly.

Although malfunctioning flame sensors aren’t too uncommon, you can usually avoid the issue by keeping the unit clean and well-maintained. However, if the flame sensor gets too old, replacing it might be unavoidable. If you need a flame sensor replacement, get in touch with a professional whom you can trust and get it done.

Also read: How to Make a Kegerator Out of a Fridge with a Freezer

How To Choose The Right AC Repair Company?

Four Reasons Why You Should Avoid DIY AC Repair

All You Need To Know: How Long Should Air Conditioner Systems Last?