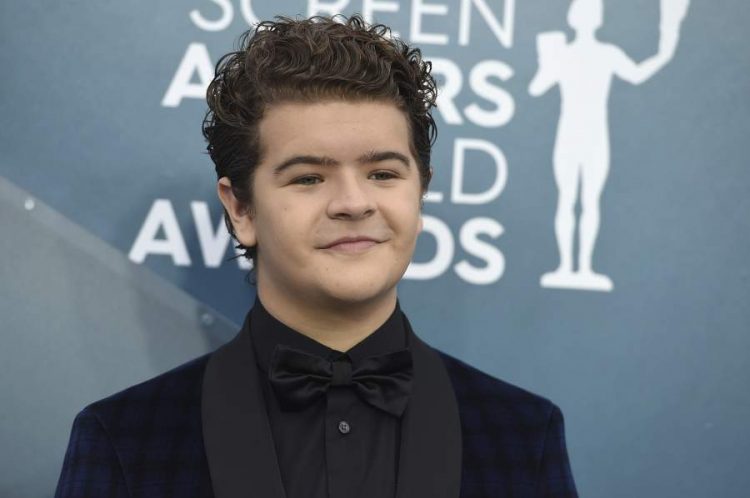 Gaetano John “Gaten” Matarazzo III is a well-known American actor. He began his career by acting on the Broadway stage for the production of Priscilla, Queen of the Desert, and Les Misérables. But he became famous for his role in Stranger Things. He also hosted the short-lived show Prank Encounters. Now he is eighteen years old. Matarazzo is one of the aspiring young actors in Hollywood.

In the future, he can get more opportunities to act in big productions because of his talents. Know more about Gaten Matarazzo Biography here.

From his childhood years, he had interests in arts and singing. He received vocal training from Starlight Performing Arts Center situated in New Jersey. In the year 2011, he got third place for his vocal song titled Ben at an event in Connecticut.

Gaten Matarazzo started his career in 2011 acting in small roles. He came in a small role in The Blacklist for the role of Finn. Then he came in Stranger Things and played the role of Dustin Henderson. The series became very famous for the story and characters. It is a horror series about supernatural events that happen in the hometown of Hawkins, Indiana. There are monsters, aliens, and other interesting events that happen in the series to wreak havoc.

In 2017, he came in Ridiculousness a comedy clip, and then on Lip Sync Battle where the cast members of Stranger Things competed. In 2019 he gave the voice of Bubba in The Angry Birds Movie 2. In the same year, he also appeared in Prank Encounters.

Matarazzo is in a relationship with Lizzy Yu. They are together for over a year. He really likes to spend time with his girl.

The actor comes from Italian descent. From his young age, he suffered from cleidocranial dysostosis. He talked about his surgeries where his fourteen supernumerary teeth got removed on Instagram. Then he got cast in Stranger Things for the role of Dustin Henderson. Then the condition of the character was also changed to suit him. The actor got dentures. He follows a vegetarian lifestyle.

As Matarazzo is wealthy because of his career he uses it to help people. He started an OCD organization that covers the expenses of people who have to undergo oral surgeries. He also has commenced a T-shirt line and the profit of the business goes to the charity.

The net worth of Gaten Matarazzo

Matarazzo started his career at a young age. As he was part of the Stranger Things series that collected a lot of money he is rich. His net worth estimate is $4 million. His net worth may increase more in the future because he may get many opportunities to act.

Gaten Matarazzo is an excellent actor. He can play versatile roles. At a young age, he has a big heart because he has started an organization to offer money to OCD patients.