Genshin Impact Banner: Know Some of The Exciting Aspects About the Current Banner & Who will Be Next One? 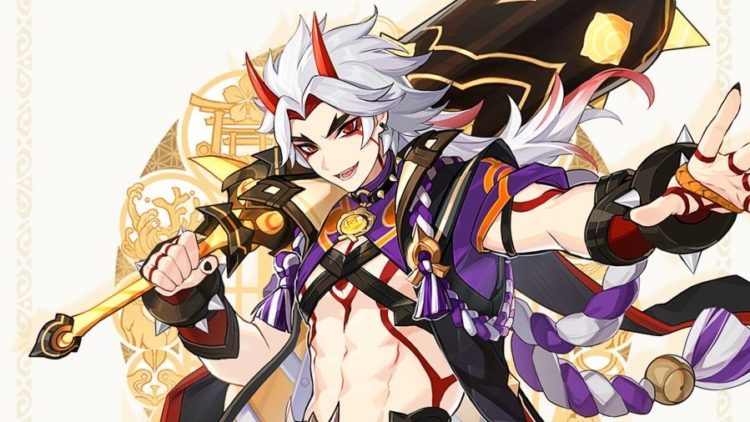 Whenever a new game is about to arrive in the market, fans become crazy about how the banner will look or the new characters. The craze and the hype are back as the Genshin Impact banner is about to release very soon. In fact, a new character will also make their debut in the popular game. Therefore, we have come up with all the details of when this new banner will be released. At the same time, when the current one will end and what re-runs will make a comeback. So would you like to know all about this news? Stay with us till the end to know everything regarding this new banner.

What Happens when a New Banner is Released?

If you have played gacha games before, you must be knowing how they are like, right? Well, Genshin Impact is highly similar to that. In fact, it has a rotating banner that players need to use while recruiting the game’s powerful five-star characters. Let us go into some more details regarding the new banner.

Do you know how these new releases are like? When the developers initially release the new characters, they are shoved into banners. These banners enable travelers to experiment with different team comps and playstyles. However, it might also significantly impact the best Genshin Impact characters that come in the tier list.

In fact, the Genshin Impact update 2.4 will also be arriving early this year. Moreover, already in some places, this new update has been leaked. Therefore, fans are wondering how the new banner will be like. Will it be filled with new surprises and powerful characters? Let us look for that answer in our next section.

Many of our readers are probably waiting to know the answer to this question. So we have come up with all the recent updates regarding the new banner. If you have previously played this game, you must be knowing that there are presently two Genshin Impact banners that are active. In fact, the first one, Transcendent One Returns, features one of the new characters, Shenhe. This character has already become pretty popular because of its abilities. In addition, you will also have other new characters who are mighty.

At the same time, you will get rate-ups on Yun Jin, which is also a new one in the 2.4 Version. Along with them, you will get characters like Cryo and Geo in this banner. You can also take a look

If you look at the second banner, Invitation to Mundane, it is impressive as well. In fact, it features Xiao in it. At the same time, it is Adeptus’ first re-run after its limited release, which was during Ginshin Impact’s launch. Also, the Anemo Polearm features similar types of characters like Yun Jin, Chongyun, and Ningguang.

When Will the Present Genshin Impact Banner End?

Presently, both the famous characters, Shenhe and Xiao, are re-running banners in Genshin Impact. In fact, the developers launched them on the same day as the Genshin Impact update 2.4, which is on January 5th, 2022. However, it will become available for the players from January 26th, 2022.

So you can well understand that you have got three weeks to roll for the five stars before the developers replace your favorite characters. You might find them replaced by Ganye and Zhongli re-runs in the new banner.

How is the Present Genshin Impact Weapon Banner? Know About the Exciting Aspects

So as we mentioned earlier, Epitome Invocation is the current Genshin Impact weapon banner. Do you know what this banner includes? Well, we will provide you with a list of the weapon rate-ups:

What Are The 5-Star Weapons Available?

What Are The 4-Star Weapons Available?

As per the news, the present Genhin Impact weapon banner will end on January 26th, 2022. So the players can expect the new banner to release on January 27th, 2022. In fact, this banner might have famous characters like Ganyu and Zhongli. The duo is pretty much a strong one. You can check here https://youtu.be/gE75MUM-Lsk to know how the new banner will be.

By now, you might be able to figure out that the new banner is indeed going to be full of incredibly strong characters. It is probably going to be one of the best Genshin Impact banners. So be ready to play with the powerful characters with unique damage-blocking abilities.