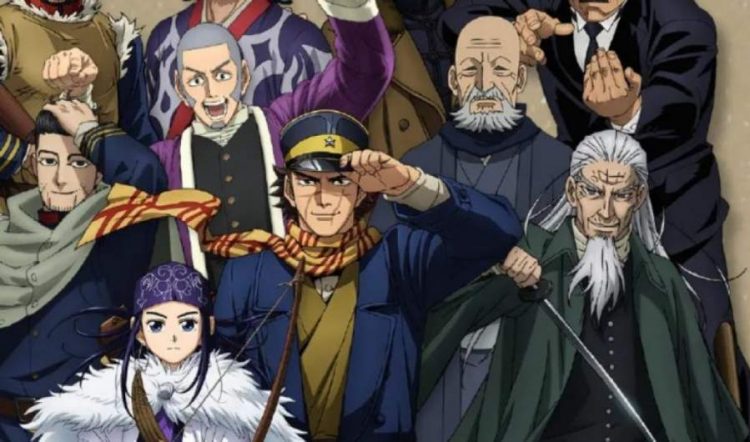 Golden Kamuy is a popular Japanese manga series written by Satoru Noda. The anime series adaptation of the manga released in 2018 and became a huge hit. Recently the third season of the series released on December 2020. Moroever, the producers of the anime are Geno Studio and the director is Hitoshi Nanba. Now the fans are waiting for the release of Golden Kamuy season 4. Know all the details about this intense series here.

When will the season 4 of Golden Kamuy release?

The Golden Kamuy released recently and it has twelve episodes. But the creators have not given any details about Golden Kamuy season 4. The series has received a lot of popularity so it may receive another season. Moreover, there are a lot of events to get covered also. We have to wait for the creators to renew the series and give us the release date. We can expect the season to release some time in 2022.

The story is about Saichi Sugimoto who is a war veteran. He was a part of the Russo-Japanese War that happened in Battle of 203 Hill. He starts to work as a miner in Hokkaido to offer his help for the widow of a comrade who died in the war. He gets to know about a story of hidden treasure called Ainu gold. After that, he also comes to know that many people are searching for gold.

Then he meets a young girl named Asirpa who rescues him from a bear. They become friends and team up to find the treasure. They experience a lot of adventures in the Golden Kamuy.

What happened in Golden Kamuy season 3?

In Golden Kamuy season 3 we saw Asirpa getting more near to the Russian Border. She also wants to know more about her father’s connection with coded tattoos. Moreover, she also gets away from Saichi Sugimoto. But in the end, they again start their journey to find the treasure.

What may happen in Golden Kamuy season 4?

The season 4 will cover the manga chapters of ‘Return to Karafuto Arc’. This season will focus more on Sugimoto, Asirpa and their group as they travel to Karafuto Ainu village and then after that to Hokkaido.

Saichi Sugimoto character will get voiced by Ian Sinclair. The character is a muscular Japanese man with brown hair and noticeable three scars on his face. His face looks serious and mature. Moreover, he has a great instinct to survive even on tough challenges. He wants to get the gold not for his gain but for the widow called Umeka who was his former love.

Then Monica Rial voices the character of Asirpa. She is a young girl who is a huntress from Ainu. She has a small frame however she is very independent. She also becomes very close to Saichi Sugimoto. Orion Pitts voices the character of Hyakunosuke Ogata. He is a former Superior private. Furthermore, he is a good sniper who is analytical and cold-blooded.

Golden Kamuy is a great series. Golden Kamuy season 4 will show us more information about the travels of the main characters.