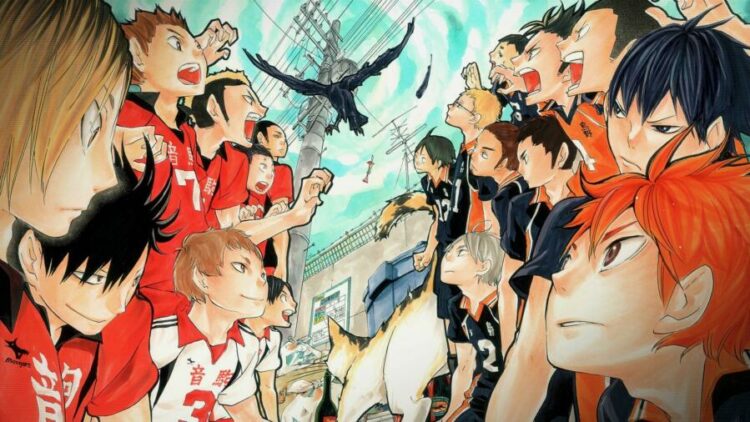 Haikyuu!! is an anime television series based on the manga series. It Has the same name as Haruichi Furudate. The anime series produced by Production I.G. was announced in the manga’s eighth volume.

So Haikyuu is one of those giants in sports anime that has grown exponentially in its story as well as fan base since its beginning in 2014.

Dying to know when Haikyuu Season 5 comes out? You aren’t alone there. As fellow crows, volleyball and anime fans want to know the next step. Moreover, they want to know about Hinata and Karasuno Volleyball Club’s journey. Thankfully, we’ve got all the information you could ever need.

What do we know about Haikyuu’s manga?

The name of the manga from which Haikyuu is adapted is, Haikyu. The creator of Haikyuu is Haruchi Furudate. This manga was first published in Weekly Shonen Jump on 20th February 2012. It gained massive popularity among a worldwide fan base in a short time.

The volume of Haikyuu manga is 45. This manga will end with chapter 402 in 2020. According to some information, 24 chapters will come into two parts. That means 12 chapters in each piece.

The series follows Shoyo Hinata, a short boy in middle school with dreams of becoming a top volleyball player.

Shoyo got inspiration from another short player at Karasuno High School. As he sees him playing and decides to join his school’s volleyball team.

Shoyo quickly finds out he is the only member of his school’s volleyball team. He spends all of his time in middle school practising – only to be defeated in his first official match against Tobio Kageyama, his new rival.

After some intense exams, Shoyo is accepted into his dream Karasuno High School, although he finds out Tobio is now his classmate.

The two join the volleyball team, and the trials and tribulations of their high school volleyball life begin!

Haikyuu!! reached immense popularity during its publication. Also, the series has over 55 million copies in circulation and is one of the most popular and best-selling manga series of all time.

Haikyuu season 5: Will it Ever Happen?

On the official Twitter account of the anime adaptation of ‘Haikyuu,’ we got an announcement. As well as the anime series will be continued with a two-part film project.

Unfortunately, there is no release date for Haikyuu season 5 as of right now. A special kick-off event will take place in August 2023. Also, details are still pending at this time. Above all, we will keep you up to date.

The trailer or even the teaser of Haikyuu! To The Top Part 2 or Season 5 has not yet been revealed by the makers. So it is likely to happen a few weeks before the Haikyuu Season release date.  The speculations of season 5 airing in Fall 2023 to Winter 2024. Meanwhile, the Anime calendar turns out to be true then expect one teaser in the August 2023 timeframe.