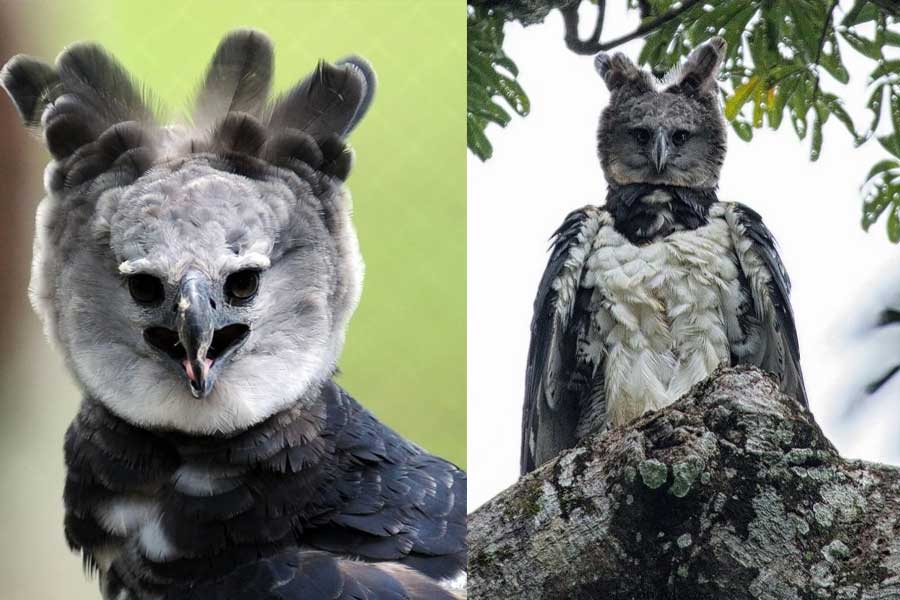 Is that a bird or any young kid is dressed in a bird-like costume? This is the expression you will have after coming across this huge bird-Harpy Eagle. Do you know these harpy eagles are native to Central and South America and are one of the largest and most powerful birds around the world? They are also very rare with only 50,000 harpy eagles all over the world. Their name was inspired by Greek mythology beast, Harpies, who had the face of a human and the body of an eagle. What makes these Harpy Eagles so popular? It’s their massive size like a human. They have huge claws with talons that are three to five inches long. Don’t dare you ever mess with them.

So, due to these features, it’s easy to mistake them for young children dressed up in a bird costume.

They are really very BIG! Where do they live?

Yes, they have a massive size this is why they live in canopy treetops of lowland tropical rainforests because they need big trees and wide territories to increase the next generation. You can easily find their nest on the tallest trees in the jungle.

Despite they are so big in size, but they have short wings and cannot fly long distances in one swoop. This is why they fly slowly and move from tree to tree. They are most active in the day time and they also have a very sharp vision and hearing which makes them easy to hunt their food.

They are not so friendly but they do allow humans to approach them. But make sure you don’t touch or tease them unnecessarily. They will attack you only when you try to approach their nest.

Their population is now dwindling due to deforestation

Sadly, their population is dwindling because of the destruction caused by humans to the rainforests where they reside.

Netizens are going mad after watching their pictures

As soon as the pictures of Harpy Eagles got viral on the internet, netizens are left divided. They feel like some person is “wearing a costume”. Their viral pictures have triggered a discussion among the peoples.

Weren’t you puzzled after seeing them? Even I also thought this can’t be a bird which looks similar to human. So BIG and terrific.