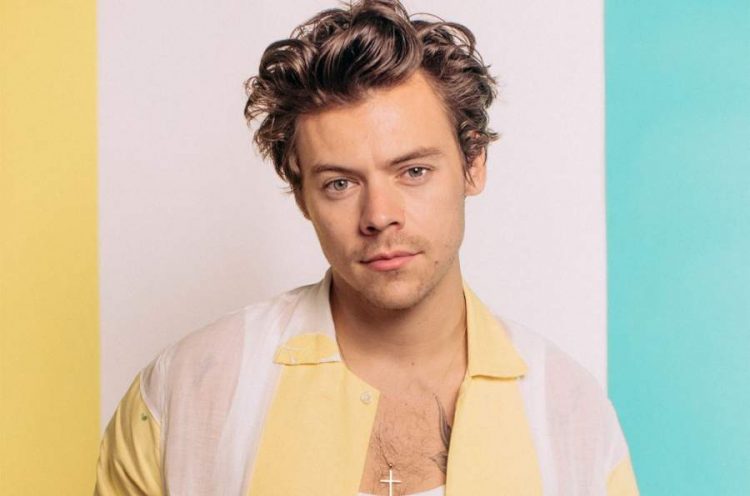 Harry Styles is a popular singer, actor, and the heartthrob of many girls. He started his career as a contestant for the show The X Factor. He was part of the boy band in the show and it became one of the best bands. After his success as a singer, he got the opportunity to act in the film Dunkirk. The singer and actor are also well known for his unique style statements. Harry Styles’ age is now 26. He is set to work on many more films in the future. In his career, he got nominated for three Brits Awards.

Know all the details about Harry styles Bio here.

Harry Edward Styles birth date is 1 February 1994 and his birthplace is Redditch, Worcestershire. The names of his parents are Anne Cox and Desmond “Des” Styles. He has an older sister named Gemma. Along with his family, he moved to Holmes Chapel, Cheshire. He went to Holmes Chapel Comprehensive School and in the school, he was the lead singer of the band. He also had step-siblings because his mother remarried after the divorce with his father.

But Styles shared that his childhood was great because his parents always supported him. The first song he recorded in his life is “The Girl of My Best Friend” by Elvis Presley. When he was sixteen he had a part-time job at W. Mandeville Bakery in Holmes Chapel.

Styles became a part of a boy band when he competed in X-Factor. The name of the band is One Direction. The group quickly became popular for their performances. The debut of the band titled “What Makes You Beautiful” received a good place in UK charts. Then their song Take Me Home got the place as the number one single. A documentary about the band also got released in 2013 titled One Direction: This Is Us. But after the fifth album, the group shared about taking a long hiatus.

Success as a solo artist and Movie career

In 2015 Styles created his record label with the name Erskine Records. Then he signed a contract with Columbia Records to sing as a solo artist. He co-wrote songs with Meghan Trainor for an album Nobody but Me that got released in October. In 2017 he released his first song as a solo artist titled “Sign of the Times”. Some of his other popular albums are “Two Ghosts” and “Kiwi”.

His works always received good reviews from the sternest of critics. From 2017 to 2018 he started to go on a world tour titled Harry Styles: Live on Tour. In 2017 he got the chance to act in the movie Dunkirk directed by Christopher Nolan. He played as a British soldier named Alex who served in world war ll. Many praised Styles for his performance in the film.

In 2019 Harry Styles’ Fine line album released and one of the singles in the album Lights Up received lots of praise. This song got recorded in Shangri-La studio located in Malibu, California. Then the other singles part of the album followed titled Adore You, Falling, and Watermelon Sugar. In the 2020 UK awards Styles got nominated for his work. In the future, Styles is going to star in psychological thriller Don’t Worry, Darling.

In 2011 Styles was in a relationship with Caroline Flack however it caused a lot of controversies because she was fourteen years older than him. From 2012 he dated singer Taylor Swift but it did not work out. Then many people began to talk about Harry Styles and Kendal Jenner because many photos of them spending time together emerged. Styles started to date her from 2013.

They even holidayed together with their families in the Caribbean. They had on and off the relationship. But even though people could never name their relationship they always seem relaxed in each other’s company. Recently, Styles dated started a relationship with Camille Rowe who is Victoria’s Secret model.

As of 2020 Harry Styles has added more tattoos in his body. Sources claim that he has over fifty-six tattoos. Harry has two tattoos in his chest area of two birds facing each other. Styles got one of his tattoos because of a bet. He has a packers’ tattoo in his arms. Then he lost a game at James Corden show and inked a tattoo in the show itself. Similarly, every tattoo in his body has an amazing story.

The net worth of Harry Styles

Harry Styles is the richest member of his boy band. He became a solo-singer after the band’s hiatus and also has started the acting career. As of this year, Harry Styles net worth is $75 million. The style icon is the face of Gucci and he promotes fashion from time to time. Styles has a home in London, Los Angeles, and New York City. Recently has bought a new home in London worth $11.2 million. He has many future film projects and his World Tour will continue in 2021 as it got cancelled because of COVID 19 pandemic.

Harry Styles is a handsome and talented man. His style is fun and flamboyant and he is never afraid to try new things.

You may also read: Who is Canelo Álvarez? All Fernanda Gomez’s Husband