Harry Styles Will Return To Marvel Cinematic Universe As Starfox 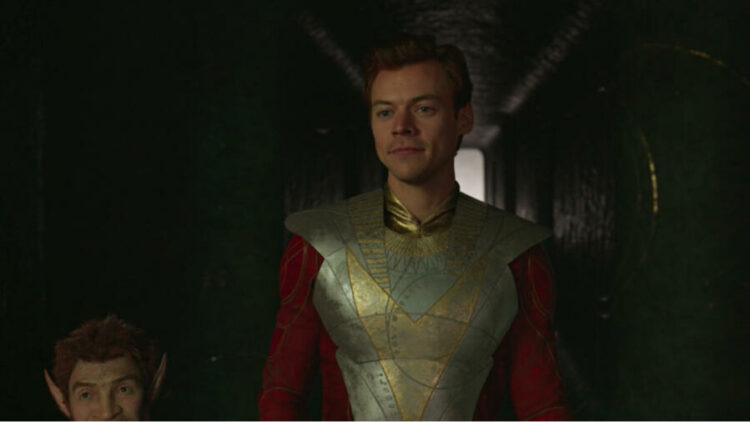 Harry Styles is a singer who was born on February 1, 1994, in England. He debuted in the music industry as a solo act on the British version of “The X Factor” in 2010.

Moreover,  he rejoined the boy band One Direction, which quickly became one of the best-selling boy bands of all time before taking an indefinite hiatus in 2016.

“Sign of the Times,” the album’s lead single, debuted at the top of the UK Singles Chart and went on to become one of the year’s top ten best-selling singles and albums worldwide.

The album’s fourth single, Watermelon Sugar, reached number one on the Billboard Hot 100.

Dunkirk (2017), Don’t Worry Darling, and My Policeman is among his film roles (both 2022). Styles is well-known for his eccentric sense of style, in addition to his musical and acting abilities.

He makes history as the first male to appear on the cover of Vogue.

Throughout his childhood, he lived in the Cheshire village of Holmes Chapel with his parents and older sister Gemma.

Although, styles had a younger stepsister named Amy and an older stepbrother named Mike after marrying Robin Twist in 2013. Robin Twist died from cancer in 2017.

However, styles describe his upbringing as “great” because his parents were always present for him.

Moreover, he started working at the W. Mandeville Bakery in Holmes Chapel when he was 16 years old.

Styles lived on the Sunset Strip in Los Angeles before moving to North London.

Furthermore, he sold his house in Los Angeles after becoming disillusioned with the city.

Moreover, It is “naive to say nothing exists and there’s nothing above us or more powerful than us,” Styles said when Chelsea Handler asked if he believes in God.

Styles revealed to Vogue in 2020 that he practises daily meditation and pilates. He also goes to therapy regularly.

In the same interview, a pescatarian diet was also revealed

When fans threw chicken nuggets onstage and chanted for him to eat one in 2022, he politely declined, saying, “Sorry, I don’t eat chicken.

“No, I’m not a meat eater. PETA awarded him the Best Viral Moment for Animals Award for 2022.

To the delight of fans, Harry Styles made his Marvel Cinematic Universe (MCU) debut as Starfox/Eros in the 2021 post-credits scene of Marvel’s Eternals.

Moreover, when fans heard nothing more about him in subsequent franchise instalments, they began to wonder if his casting was a one-time gesture of appreciation.

However, that character has more narrative development potential.

I’m fascinated by him. The fact that he and Thanos share a father and thus are half-brothers adds to the intrigue of their relationship.

He possesses some interesting abilities. “He’s a complicated character, but a lot of fun,” he says.

Moore also stated, “Having met Harry Styles, he is as charming as you want him to be.

“I’m confident that when we reintroduce that character, he’ll be better than ever.

The producer went on to say that Eternals director Chloé Zhao was in charge of casting Styles.

‘Harry Styles,’ she refers to him as. “Are you sure?” I asked in response.

When Will We See That Singer in Another Marvel Film?

Although it has been established that Styles will return to the superhero series in some capacity, the details of his eventual return are unknown at this time.

The 28-year-old actor stated, “I don’t see myself doing a movie for a while,” and “it’d be funny if Eternals was it,” in a prior interview.