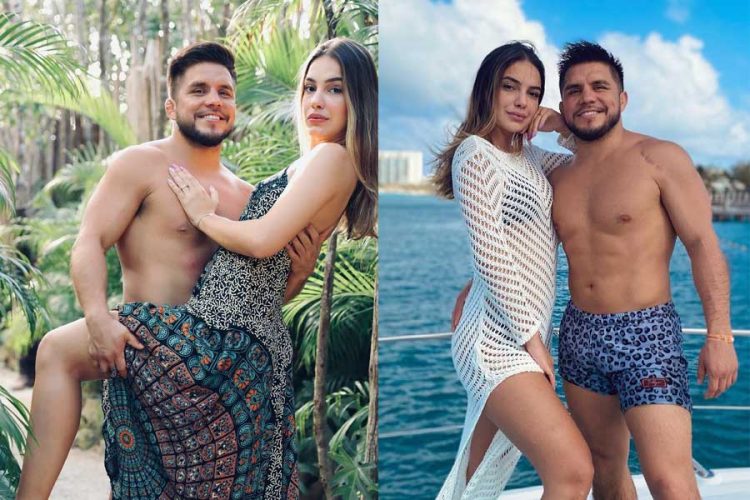 Well well, rather than just bringing the trophy home, UFC’s Henry Cejudo will now bring another embodiment worthy of celebration. Yes, you guessed it right. The athlete and his fiance, will soon welcome their soon-to-be-born children into this world. The soon-to-be parents are struck with the news, furthermore, they have also revealed that it is a Girl!

Many sources (TMZ) have gotten to know about the news. Henry Cejudo and his Brazilian fiancée (Instagram), Ana Karolina, are anticipating the birth of their first child together. Nonetheless, the child is girl that will come to the world in November.

A Bit About Them

Henry Cejudo and Ana Karolina went public about their involvement last year. Since then, they have been together, promising to be together. Moreover, it was Cejudo who in his interview had claimed that he had a crush on Ana for four years. When he got a chance to meet her through a mutual friend, he was ecstatic. He claimed that he didn’t want to let the opportunity pass.

Now, the couple is expecting their first child in just a matter of a few months. Further, they have already decided on the name.

The name is drumroll please, America. The source also revealed that the 34 -year-old athlete popped the question in front of Ana’s family on April 29th. Guess what she said? “Yes” of course.

They also hosted a gender party to share the big news with the world asking them to participate in their happiness.