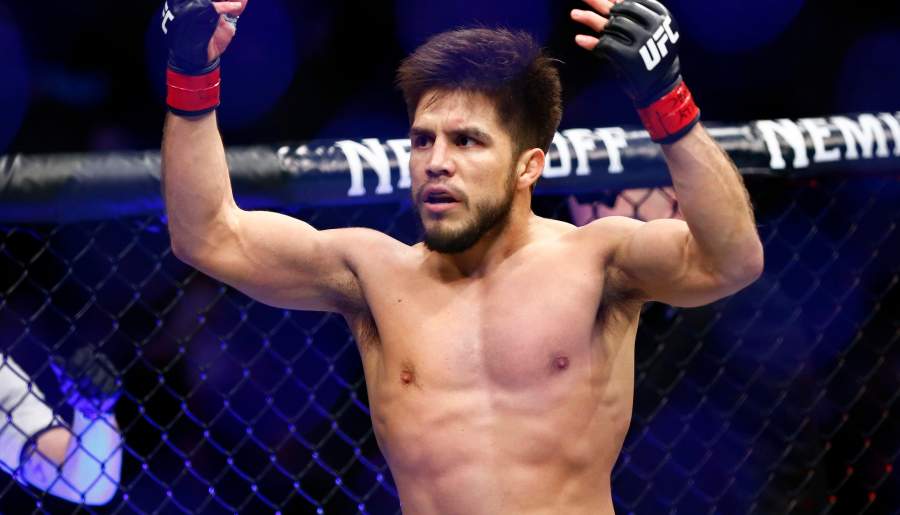 Henry Cejudo is a freestyle wrestler and martial artist. He won Olympic Gold medal in the 2008 Olympic Games for his freestyle wrestling. The fighter is now retired from all the games. His retirement was not at all well-received by the UFC commentators. They thought that it was a ploy for contract negotiation but Cejudo told them that he will join the UFC again if they offered him a reasonable amount of money.  Some of his nicknames are The Messenger and Triple C.

Henry Cejudo is American by nationality as he was born in Los Angeles, California.  His parent’s native was Mexico City, Mexico. They had seven children. His parents were actually undocumented immigrants so they had to move from one place to another all the time. But his parents moved their separate ways when he was four. He grew up with his mother who with her family moved to Mexico City and later to Arizona. The fighter never slept in his own bed and was only offered one when he came to U.S.A Wrestling. He participated in the fighting competitions at the program of U.S. Olympic training facility. In this program, he won golden gloves in Arizona state boxing.

1. Experience in the wrestling career

Cejudo followed the example of his brother Angel who was a champion in state competitions four times. The record of his brother was 150 wins and zero defeats. Then Henry also was able to get high school state champion four times. In Arizona, he received the titles in his freshman and sophomore years. After that, he went to Colorado Springs for his aim to become a resident athlete at the training centre of the US Olympics. He won the championships in the high school as junior and senior and received the title of ASICS National High School Wrestler of 2006. Moreover, because of his various achievements in wrestling, he got selected in the dream team of High school Americans.

While in his school he won national freestyle championship in USA wrestling competition. Because of the success, he trained in the Olympic training center situated in Colorado Springs. Then in the Pan American games, he did his best to be successful in the games. He received a gold medal in the Olympic Games of 2008 held in Beijing. He was the youngest wrestler to attain the medal. Lastly after these victories Cejudo tool a break from the wrestling and retired in 2012.

2. Experience in the martial arts career

In 2013, Cejudo shared the news on his Twitter page about his plan to start the training for MMA. He wrestled on 121 pounds in his career and in his MMA debut fought with 135 pounds. He won over Michael Poe by TKO because of the punches in the game. During these days he got a record of 6-0 with three wins by TKO. Before his contract with UFC, Cejudo became known as the No. 1 ranked bantamweight prospect in the reports held by MMA in 2013.

In 2014 Cejudo signed a contract with UFC. In the history of the company, he is the third gold medallist the two others being Kevin Jackson and Mark Schultz. Because of his history of missing the weight Cejudo had to play the bantamweight or leave the UFC once and for all. In 2017 UFC 177 there was a game between Cejudo and Scott Jorgensen but due to health issues Cejudo dropped it and the game got cancelled. So in his debut game, he competed in a bantamweight bout with Dustin Kimura. Then Cejudo was able to win the match by unanimous decision. Secondly, he competed with Chris Cariaso in a flyweight bout and he again won the game. The third game was with Chico Camus in 2015 and he won this game also.

In The Ultimate Fighter Latin America 2 Finale, he competed with Jussier Formiga and won the game by spilled decision. He also took part in various double championships and has a good record in the events. He then dropped the flyweight to again focus on UFC Bantamweight Championships.

In the games because of the wins he received Performance of the Night award. He faced Dominick Cruz and won the game by knocking the man in the second round. After this fight, Cejudo retired from the sport and UFC commentators disapproved of this. Many commentators thought that he did this to negotiate the contract and his fellow fighter Petr Yan said that he wants to avoid a fight with him. However, Cejudo shared in a conference that he will play again if the president of UFC Dana White offered him good money.

Cejudo is thirty-three years old. He has a girlfriend named Armando Dallago Cheves. Henry is still focusing on his career. He also keeps his profile low so there are no lots of information about his family available. His height is 163 cm and his weight is 56 kg. This fighter is an adventurous man because in his Instagram profile there is a photo of him holding the tip of the mountain cliff-hanging and smiling at the camera.

The net worth of Henry Cejudo

During his stints with MMA and UFC, he participated and won in many games and championships. This means that he would have got lots of cash for his wins. As per the reports his net worth amounts to $2 million. He is an exceptionable player and although he retired from the sports he is taking part in many charity functions. He played golf to support the Phoenix children’s hospital.

Henry Cejudo is a talented wrestler and martial arts fighter. In his UFC days, he was one of the best players. He is a great inspiration to upcoming wrestlers and fighters.