Here Are The Largest Navy In The World 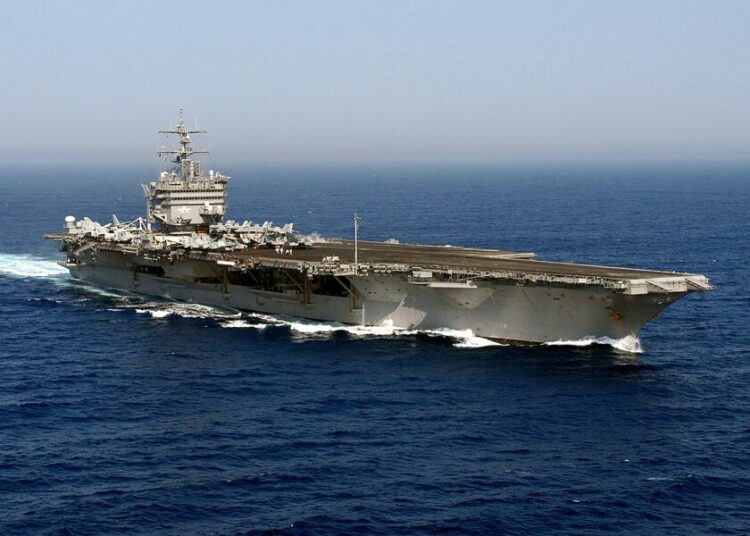 A country’s strength is determined by three major factors. It has military forces on the land, sea, and in air. The army is the primary ground combat force of the country. The Air Force is the branch of the military in charge of the nation’s airspace and aircraft. The Navy is the branch of the armed forces in charge of a country’s ships and submarines. This article has some of the largest navy in the world.

Countries with a long coastline typically place a high value on their navy. Every nation with a coastline, according to conventional wisdom, has a fleet, and this has been the case since antiquity. Large and small navies alike are well-known for their specialised roles in ensuring the security of their own waterways, defending their respective homelands, and maintaining vital communication and shipping routes open even during times of peace. In times of war, they display their naval prowess to demonstrate their ability to defend their country. This article lists the world’s ten largest navies.

The top ten largest navies in the world are listed below

It stands to reason that a country with a longer coastline will arm its navy with more powerful weapons. This ranking is based solely on a country’s naval assets, which include support craft, patrol boats, corvettes, destroyers, frigates, and aircraft carriers, and is derived from Global Firepower’s 2018 Military Strength Ranking (including both traditional carriers and “helicopter carrier” warships).

The United States of America has unrivalled naval power, with 490 different vessels under its command

The United States Navy is currently the most powerful in the world. When the Cold War ended in the early 1990s, the US Navy’s focus shifted from a hypothetical global war with the Soviet Union to more realistic small-scale conflicts.

Due to budget cuts and an insufficient enemy, the United States Navy continues to shrink in size. However, the cuts have primarily targeted smaller vessels rather than major surface combatants and dangerous submarines. The maintenance on the US fleet is excellent. There are always new ships and weapons to try out. The United States Navy employs approximately 320 000 people.

The Royal Navy of the United Kingdom

However, the Royal Navy is the official name for the British naval forces. The Royal Navy was unrivalled for the rest of the eighteenth century and into the early nineteenth. It provided unrivalled strength and was instrumental in the rise of the British Empire. Only during WWII was the US Navy superior.

The French Navy, founded in 1624, is now among the world’s greatest and most formidable. The six major components are the Maritime Gendarmerie, the Naval Fire Battalion of Marseille, the Navy Riflemen, the French Naval Aviation, the Submarine Forces, and the Naval Action Force.