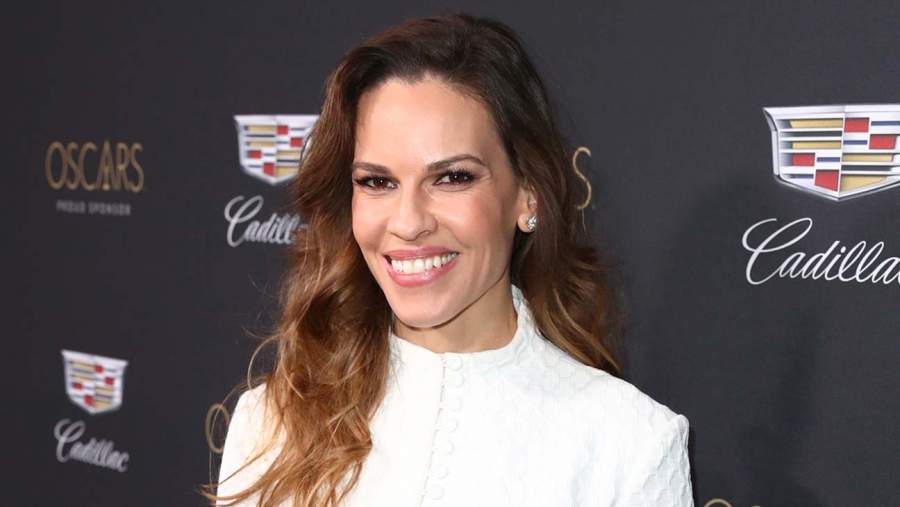 Hilary Ann Swank is a popular actress and producer. She has received innumerable awards for her talents in acting. At first, she acted in the iconic vampire movie Buffy the Vampire Slayer in a minor role. Then she got the chance to act in the Karate Kid franchise because of which she became popular. Many films of the actress got famous because of the plot and her acting. She is forty-five years old now. To know more about Hilary Swank Biography, continue reading.

The birth date of Swank is July 30, 1974, and her place of birth is Lincoln, Nebraska. The names of her parents are Judy Kay and Stephen Michael Swank. Her mother worked as a dancer and a secretary and her father served as a Chief Master Sergeant and later became a travelling salesman. She has an older brother named Daniel who is eight years her senior.

When Swank turned six her family decided to move to Bellingham, Washington. She went to Happy Valley Elementary School and to Sehome High School situated in Bellingham. Swank preferred swimming so she became a part of Junior Olympics and ranked fifth in state-level gymnastics. Moreover, her first appearance on stage was on The Jungle Book.

Her father and mother got separated when she was fifteen. Then her mother supported Swank’s desire to act. She came with her mother to Los Angeles to fulfil her dream and they lived in the car until they made enough money to rent an apartment.

The first film Swank acted in was in the film Buffy the Vampire Slayer. However, she only played a minor role. Then she received the opportunity to play a role in the film Quiet Days in Hollywood. In 1994 she acted as the main lead in the fourth part of Karate Kid. In the same year, she acted in Kounterfeit. Furthermore, she played as a problematic teenager in the drama Terror in the Family.

Swank received popularity for her role in Boys Don’t Cry in which she played the role of Brandon Teena a Trans man. Because of the role she got an Academy Award and Golden Globe Award. But she got only less money for the film earning only $75 per day. Then she acted in the film Million Dollar Baby in 2004 and for that also she bagged Academy Award and Golden Globe Award for her acting. She played as a female boxer in the film. In 2007 she played the lead in the romantic film P.S. I Love You. In 2009 she portrayed as Amelia Earhart in the film Amelia. Some of the other films she acted are Logan Lucky, The Hunt, 55 Steps, What They Had and many more. Sources acclaim that she is going to be a part of The One Percent drama series.

Swank met and dated Chad Lowe who was her co-actor in a film. She got married to him on September 28, 1997. Then they divorced in 2006. After that she started to date her agent named John Campisi however their relationship got over in May 2012. In 2018 she married Philip Schneider who is an entrepreneur. Their wedding was magical as it happened in a forest.

Hilary Swank became famous because of her acting in inspiring films. That is why she received the offer to be the face of Guerlain for their perfume range called Insolence. Some of her films grossed well in the box office. The current year’s estimate of Hilary Swank’s net worth is $40 million. She also started her fashion line named Mission Statements.

Hilary Swank is a great actor and producer. Although she started her career with little, she is now one of the incredible actors of Hollywood. In the future, we can expect many things from her.