Review of The Latest Web Series: His Dark Materials Season 3 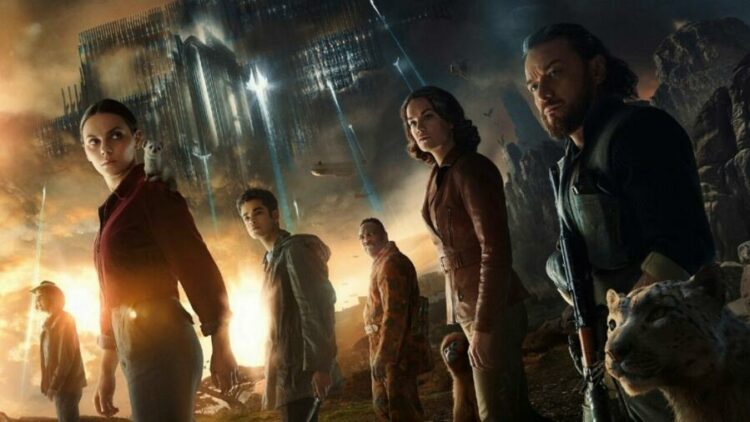 The third season of His Dark Materials features an adaptation of Philip Pullman’s classic The Amber Spyglass. It’s a beautiful, devastating interpretation. Lyra’s fantastical story will undoubtedly come to a thrilling conclusion in season three of His Dark Materials. The final season, based on Philip Pullman’s The Amber Spyglass, is expected to premiere by the end of 2022. However, no firm premiere date has been announced by the BBC.

It was a heartbreaking ending for everyone involved, especially Dafne Keen, who played the lead. “I’m trying not to think about it because I think a lot. Moreover, I’m looking forward to getting back,” she told Collider in December 2020.

More about season 3 of His Dark Materials

This last season of His Dark Materials has a lot to work with thanks to The Amber Spyglass. Pullman’s most ambitious and inventive trilogy, which has the land of the dead, tiny spies, rollerskating elephant beasts, and more. On top of that, the work serves as the climax of Pullman’s reinterpretation of John Milton’s Paradise Lost. So there’s some meaty debate about free will and individuality in the face of religious tyranny. There is a version that says “let’s kill God,” therefore you’re right.

To fans’ relief, His Dark Materials retains the novel’s conceptual richness. Also, it does not shy away from the weird features of its fantastical worlds. Season 1 was not perfect, but it was a fitting end to a great show that got lost in the thick of the fantasy TV genre.

At the beginning of His Dark Materials Season 3, our characters have been spread far and wide. Mrs Coulter (Ruth Wilson) keeps her daughter, Lyra (Dafne Keen), asleep as a perverse form of protection against the awful Magisterium.  She has visions of her dead companion Roger, who is pleading for help. She is pleading from the land of the dead.

Dr Mary Malone travels to another universe and finds some unexpected new friends. While Will (Amir Wilson) searches for Lyra with the Subtle Knife. Then there’s the final assault on the Authority by Lord Asriel (James McAvoy), which will unite angels, witches, and humans.

The wide scope of the season takes us to a number of new magical locations.  Moreover, from Asriel’s bustling battle camp to the pristine but lovely kingdom of heaven. The realm Mary falls into is a verdant paradise populated by the elephant-like mulefa.  The domain of the dead, with its fascinating industrial vibe and scary harpy guards, stands out. Readers, the mulefa and their seedpod wheels have been unveiled. Rejoice! An emotional climax and a lot of tears mark the end of His Dark Materials Season 3.

Lord Asriel is leaving to do battle with the Almighty

His Dark Materials took a risk by spreading out the focus of the first two seasons. It was between Lyra and other characters like Mrs Coulter and Lord Asriel, in an effort to emulate the success of the HBO series Game of Thrones.  Big Important Discussions about Dust and forecasts were common in stories. However,  that didn’t focus on Lyra and Will, they were boring and took away from the adventure they were on.

A majority of these plots, however, will get full steam in Season 3. Mrs Coulter faces her affection for Lyra, and Asriel, who missed Season 2 production due to COVID-19 concerns, rallies his men. When these two people meet, it’s like capturing lightning in a bottle.

McAvoy and Wilson play the complexities of Asriel and Coulter’s relationship with a wonderful blend of love, fury, and ambition, creating a pull and push that will keep you guessing all season long. Of course, as the events of His Dark Materials progress, the much-discussed uprising against the Authority reaches its appropriately tragic finale.