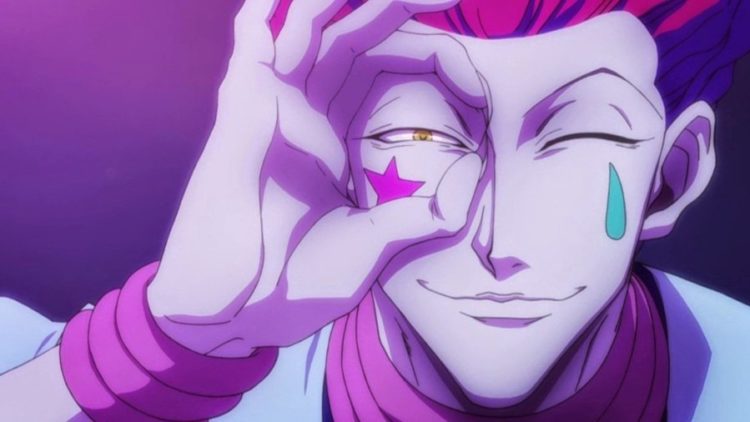 In anime TV series and movies more than the protagonists, many viewers prefer to understand the psyche of the villain. It is because they challenge the protagonists and try to defeat them with devious plots and machinations. One such dangerous villain who has captured the interest of many viewers is Hisoka Morow. Hisoka Morow is known as Hisoka the magician or the Grim Reaper. He is one of the major antagonists in the Hunter x Hunter series. Many people say that Hisoka has the traits of DC’s Joker and also looks similar to him in appearance.

But Hisoka is different in many ways. If you are interested to know about hunter x hunter Hisoka Morow then continue reading this article.

How old is Hisoka Morow?

In the Hunter X Hunter series, the age of Hisoka Morow is twenty-eight. He has a height of 6’2 and looks like a joker and jester. So it means that he is several years older to the protagonist Gon Freecss who is just fourteen or fifteen years old.

What is the background story of Hisoka Morow?

Although Hisoka is a skilled manipulator of others’ feelings and actions, he never himself divulges his past. He only speaks a little of his backstory as he is not very happy about it. But in the story, it is later shown that he joined the Phantom Troupe as a fake member after the Kurta massacre. At that time he was the one who initiated Kastro to Men as he saw the power in him.

Hisoka Morrow also killed 20 examinees of the 286th Hunter Exam. Further, he has named some of his magic tricks after a candy brand and gum brand he loved as a kid.

Like a joker Hisoka’s hair is red and he has a fair skin tone. On his face, there is a fuchsia star on the right side and on his left cheek there is a green teardrop. Further his eyes are golden which makes him look dangerous.

Throughout the anime arcs, he dons many outfits. He wears suit symbols on the front and back torso. But he always looks the same because he can be identified easily by the other characters in the series.

Furthermore, his figure is muscular and fit. Sometimes he likes to wear earrings and rings as adornments. Then he has long painted nails that make him appear scary and sinister.

What is Hisoka Morow’s personality?

Hisoka Morow is a self-serving villain in the story with serial killer tendencies. Everything he does in the story is for his selfish purposes. Also, he kills the other hunters and fighters as it gives him pleasure. He tortures people and when they feel the pain he gets sexually aroused. Therefore kills to satisfy his sadomasochistic desires.

Sometimes Hisoka allows his opponents to be alive for a while because he wants them to become more powerful. Then only they will be a challenge for him to kill. For instance, he leaves Gon Freecss and Killua Zoldyck alive so they can become more powerful as he observes some potential in them.

This frightening magician gets a thrill when fighting strong Nen users in battles. It gives him an orgasmic experience. Throughout the series, he has murdered many people who he deems unworthy. That is why he is depicted as a serial killer. But sometimes he even helps his protagonists for fun if it serves him. Also, he does not discriminate between men or women when killing. He only sees the Hunters and their power. That is why he is quite unpredictable as a villain.

What is his s*xuality?

Hisoka is of the male gender according to the sources. But he flirts with fighters both male and female when it suits him. He prefers powerful ones and the hunters who have the potential to challenge him. One time he flirts with Machi from the Phantom Troupe. So he shows romantic interest to both males and females. In the series, his dressing sense and mannerisms make him androgynous.

He wears women’s shoes and sometimes speaks in an alluring speech only used by females in Japanese.  All the sentences he uses in the series ends with a suit symbol. He is also attracted to Gon Freecss and Killua in the series because of their power and skills.

The Nen type of Hisoka Morow is transmutation. This permits him to change his properties or aura. Also, he uses the Elastic Love – Bungee Gum that gives him powers of the properties of rubber and gum. Sometimes he also utilises Flimsy Lies – Texture Surprise that helps him to create the texture of his preference on any flat surface. For instance, he can make his handkerchief appear like skin.

Are Hisoka and Gon related?

In the Hunter Chairman Election arc, it is revealed that Ging Freecss is the father of Gon including Hisoka himself. There are many such exciting revelations in the series that are going to be revealed soon. This is what makes Hisoka hxh interesting to watch.

Hisoka Morow is one of the popular characters of the Hunter X Hunter anime. According to the fan polls, he comes in fourth or fifth place. His unique mannerisms and his personality have attracted many anime fans.