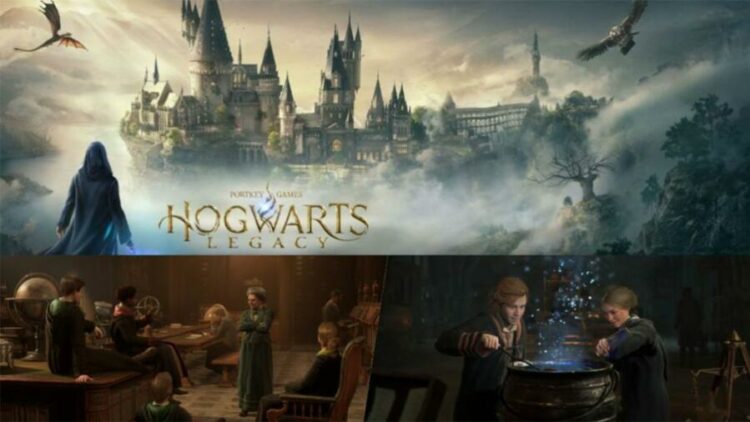 Hogwarts Legacy is one of the most awaited games of this year. Since the year started, almost no big titles have been released besides One Piece Odyssey. However, players have been excited about Hogwarts Legacy releasing on 10th February 2023. The name Hogwarts is inseparably connected to the famous novel and movie series Harry Potter, and this is the primary reason for players, especially Harry Potter fans, to become excited about this game.

What is The Wizard’s Field in Hogwarts Legacy? Answered

Harry Potter is one of the best fantasy novel series globally. It will be hard to find people who have never read a single Harry Potter book or watched a movie. Therefore, it is natural that players have been excited about Hogwarts Legacy. The game, on one hand, created great excitement among the players; on the other hand, they have been anxious that, like every other game, this game also crashes at startup, which means the game doesn’t even start.

Well, that’s a common problem that almost every other game shows. Though there’s no way to avoid them, you can solve them using quick fixes. But don’t miss the chance to go to a Wizard School and experience unique incidents.

Hogwarts Legacy is mainly based on Harry Potter Series. It takes players to the Hogwarts School of Witchcraft and Wizardry to give them opportunities to attend classes and experience a completely different magical world. While watching the Harry Potter movies or reading the books, you have sometimes definitely thought of being Wizard like them, so this game will give you a chance to fulfill your dreams of becoming a Wizard Virtually.

Now when you are playing the game, you must want your characters to become unique, with some customized skills and playstyles. Well, that is an assumption because the game has not yet been released, so it is hard to know what will actually be in the game.

However, as much as we know, The Wizard’s Field is a Witchcraft book that will help players upgrade their skills to catch up with previous students. The story and gameplay trailer show that players will join Hogwarts School of Witchcraft and Wizards as a fifth-year student with no basic magic senses.

While the other students have been studying there from the first year, you’ll join them much later, so the authority will provide you with The Wizard’s Field Book to catch up with other students.

Though players may be familiar with the structure and working process of the school if they have seen Harry Potter, those experiences won’t work when it comes to magic. You must learn it by yourself, so you can catch up with other students and survive. The Field Guide is a Lore Catalogue. It not only helps you upgrade your skills, but also players can cast Revelio, collect lore pages, unlock quests, and earn XP.

Basically, it will record every activity players undertake in the school. If you are still confused, let me tell you that the Revelio Pages will be found at different locations at the school, and players can find them to get XP. Veteran video game players know that XP is essential to upgrade levels. So this will motivate them to find the Revelio Pages and complete quests related to that page to level up faster and unlock or upgrade their skills.

Players need to learn a lot through The Wizard’s Field Guide, so it will take some time. It will help players know about all the corners of the school, including the monuments, corridors, stairs, etc. However, it is unclear when players actually get The Field’s Guide in Hogwarts Legacy, but it is essential for players once they appear new in the school. The Field’s Guide has its own set of quests, talents, maps, gear, etc.

We don’t know much about The Wizard’s Field Guide because the game is yet to come. However, without experiencing the feature, it is impossible to describe it entirely. The information we have collected is based on gameplay trailers and some forums. Once the game releases on 10th February, and we get the chance to experience The Wizard’s Field Guide, we can add more information to the guide.

That’s all you need to know about The Wizard’s Field Guide in Hogwarts Legacy. Though currently, there’s not much information about this feature, once the game comes, things will become clear.