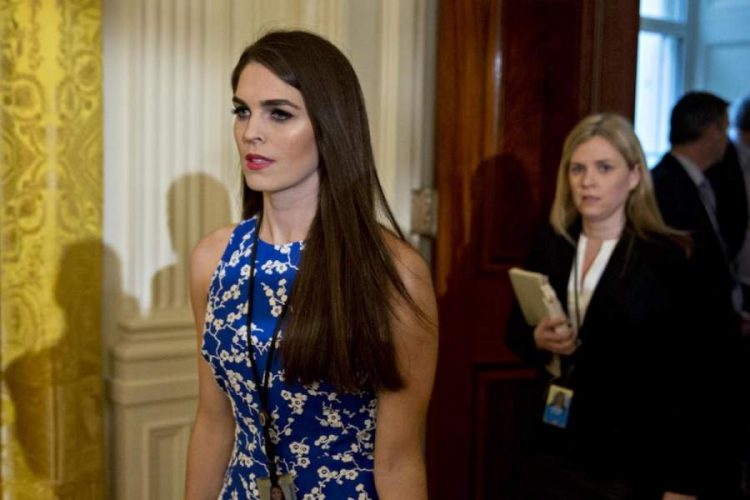 Hope Charlotte Hicks is a well-known public relations executive. She is serving as the political advisor to President Donald Trump. Hicks also worked as the White House director of strategic communications. She is one of the longest-serving aides to Trump till she resigned. Moreover, she worked in the White House as well as in Fox Corporation as the chief communications officer. Hope Hicks model career started when she was a child then later she turned to a political career. Her age is thirty-two.

Know all the details of Hope Hicks Biography here.

Hicks birth date is October 21, 1988, and her birthplace is Greenwich, Connecticut. The names of her parents are Caye Ann Hicks and Paul Burton Hicks III. Her father served as the Regional CEO, Americas. Then he became a manager of the Glover Park Group. Hope Hicks family has a lot of experience in Government administration as her mother served as an aide to Ed Jones.

On 2002 Hicks appeared as a teenage model in Greenwich magazine. Then she also modelled for Ralph Lauren campaign with her elder sister Mary Grace. Then, in 2005 she came as a cover girl for The It Girl. She went to Greenwich High School and graduated from it in 2006. After that, she went to Southern Methodist University where she took English as a major. She graduated from here in 2010.

Hicks started her career in the public relations department in Zeno Group. Then she worked for Trump’s daughter Ivanka Trump’s fashion line. After that, in 2014 she joined the Trump organization as a full-time worker. Then she began to work directly under Trump.

On 2015 Donald Trump selected Hicks to work as his press secretary. Until that Hicks never had an experience in a political career. At the first victory of Trump, she continued in her job. She handled over two-fifty requests per day. She handled his social media accounts too.

On 2016 Hicks worked for the Trump administration. On 2017 she got appointed as White House communications director. From 2020 at the time of George Floyd protests, Hicks and the team asked Trump to walk to St. John’s Episcopal Church. They wanted him to make a public appearance.

Hicks was in a relationship with Rob Porter. He is the former White House Staff Secretary who served for Trump. But their relationship ended in 2018. Now she lives with her sister in Greenwich, Connecticut. She also has an apartment in Manhattan where she lives half of the time. Hope Hicks Instagram account is available but she shares only her work details as she is a private person.

The net worth of Hope Hicks

Hope Hicks net worth is $1 million. She started her career in public relations but then she received some good jobs with the Trump administration. Her political career helped her to get a good salary. For her Fox news career, she received $1.8 million. In the future, we can expect her career to grow.

Hope Hicks is a talented person. She is a courageous female who looked after the press team under Trump administration singlehandedly.