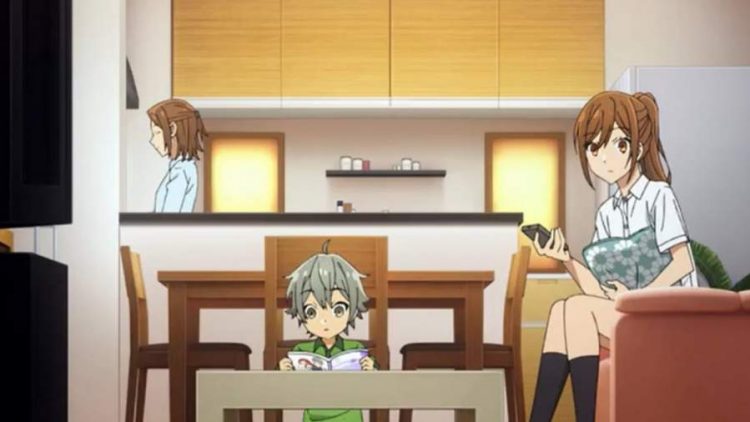 Horimiya is a manga series that got adapted into an anime series. Many fans are enjoying the anime because of its great story and characters. Also, this romantic comedy anime tells the story of the love between a popular girl and a nerdy boy in high school. The anime series premiered in January 2021 under the studio CloverWorks. Recently the details regarding episode 7 of the series have got released. It is going to be available for international fans too. Horimiya is a story of love and friendship. The story is very sweet and heartwarming so do not miss to watch Horimiya episode 7. Know about all the details of the anime and the other updates here.

When and where will episode 7 of Horimiya release?

The release date set for Horimiya episode 7 is February 21, 2021. This episode will be available in Funimation via the simulcast function. The title of the episode is “You’re Here, I’m Here”. This is the place where the anime will get streamed live. Moreover, it is also the best place to watch anime without any spoilers. You can stream the anime on the platform at 12:30 PM JST/ 10:30 PM EST.

What is the plotline of Horimiya?

The story revolves around the lives of a bright and popular student Kyoko Hori and gloomy and nerdy student Izumi Miyamura. But outside of the school, Hori is a girl who takes care of the household and her brother Souta. She tries to keep her personal life a secret from her high school friends. Then one time Souta gets a nose bleed and a person with many tattoos and punk style helps him. This is none other than the school nerd Miyamura. Both Hori and Miyamura decide to keep their lives secret from others. Then they become friends and gradually their relationship develops into love.

What happened in Horimiya episode 6?

In this episode, Miyamura spends the night at Hori’s home. They watch horror films together. Then when Hori and Miyamura move out of the house some students from their school see them and then news about their relationship spreads like wildfire in the school. When they both come to school many students start to murmur and say that Hori is very hot to be with Miyamura. Then Miyamura surprises the whole class when he cuts his hair and removes his blazer. Many girls of the school become instant fans of him. Lastly, Hori’s father meets him and he says what a transformation.

Kyoko Hori is the main protagonist of the anime. She is a popular girl at her school however she is a normal girl at her home. But Miyamura comes to know about her secret. Over time she starts to develop feelings for him. Izumi Miyamura is the male protagonist of the anime. He tends to wear glasses and unappealing dress in the school however outside he dons a punk style. Then he starts to become confident after seeing Hori and eventually falls in love with her.

Toru Ishikawa is the friend of Hori and Izumi. He notices the two spending more time with each other and also finds Hori attractive. Yuki Yoshikawa is a friend of Kyoko Hori. She becomes attracted to Izumi after he removes his glasses.