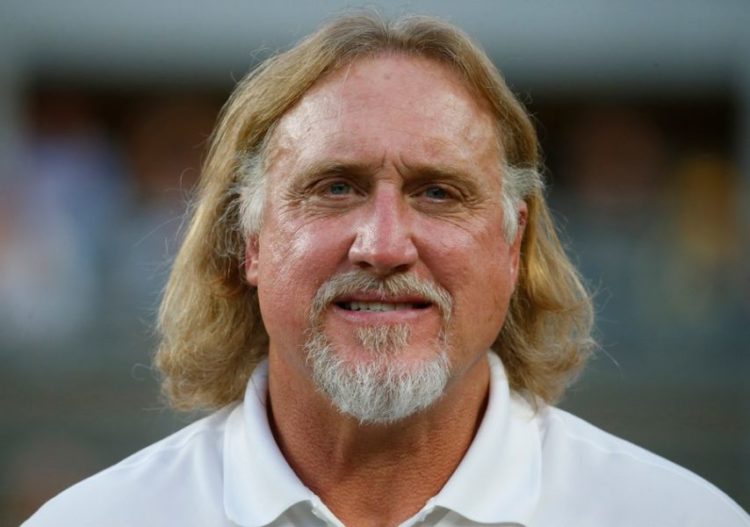 Kevin Greene was a well-known American professional football player. He has played as a defensive end and outside linebacker for many teams such as Pittsburgh Steelers, Carolina Panthers, Los Angeles Rams, and more. He also took part in professional wrestling. But unfortunately, he died on December 21, 2020, at the age of fifty-eight. The reason for his death is a heart attack. His wife, son, and daughter are missing him terribly. Here you can find all the details of Kevin Green’s life and death.

He has achieved many wonderful things in his career. You can also know about it. You can know how did Kevin Greene Die here.

Where is Kevin Greene from?

Kevin Greene is from Schenectady, New York, and his birth date is July 31, 1962. His father was an army colonel. So, Greene is an army brat. He started to play football in the military bases. The Greene family lived on many bases. They spent three years in Mannheim, Germany. Then in 1976, they settled in Granite City, Illinois.

He played football and basketball at Granite City High School. Then he graduated and also got inducted into the Granite City Sports Hall of Fame in 1998.

How did Kevin Greene Die?

Greene’s family revealed that he died because of a heart attack. His wife Tara, son Gavin and daughter Gabrielle are the surviving members of his family. This news of the demise of Greene was a shock to the family. But he left a legacy behind him. Nobody can forget the contribution he gave to football and wrestling.

The hall of fame of pro football mourned after his death. The president of the CEO of Hall of the Fame named David Baker shared about the loss. Kevin was a great friend to him and one of the family members of Pro Footballers. But more than his NFL career he is well known for his kind heart.

What were his career achievements?

The Birmingham Stallions chose Greene to play during the 1985 United States Football League. Then he was selected by the team Los Angeles Rams on the 1985 NFL Draft. He played left defensive end in the Rams nickel defense.

Then Kevin Greene signed a three-year contract with the Pittsburgh Steelers for $5.35 million. He shared that he has a time of his life when playing for the Steelers. He received the hall of fame ring for playing three years for the team. But left the team as the organization wanted to give chance for the younger players.  This hurt Greene but he held the Pittsburgh Steelers in high regard.

In his fifteen-year career, Greene played 228 games. He was named NFL’s top player. In 2016 he got inducted into the Pro Football Hall of Fame. His bust was sculpted by Scott Myers.

Greene is also known for creating publicity for World Championship Wrestling. He made his first appearance at WCW during the Clash of the Champions XXXII in 1996.

During the 2008 season, Greene with his former Steeler friend Jason Gildon served as assistant linebackers. Then in 2009 Greene was hired as linebackers coach for the Green Bay Packers. But he stepped away from his coach career as he wanted to spend time with his family. He hoped to return after his children went to college.

In 2017 the New York Jets hired Greene as a coach. He replaced Mark Collins. After 2019 he was not hired back as a coach for the team.

Who is the wife of Kevin Greene?

Tara Greene is a celebrity. She is the wife of the late football player Kevin Greene. Her age may be between 50 to 60 years. She was almost married to him for twenty-three years. Her husband has a net worth of $9 million. The names of her children are Gavin Greene and Gabrielle Greene.

On Twitter, she has over 689 followers. But not many details are available about Greene’s family. They want to live a quiet life away from the media. Also, they want to mourn in peace for the death of Kevin Greene.

Kevin Greene had a great career. But he is no more. His demise has created a huge hole in the field of football.

You may also read: How did Eddie Murphy’s Brother Charlie Murphy Die?