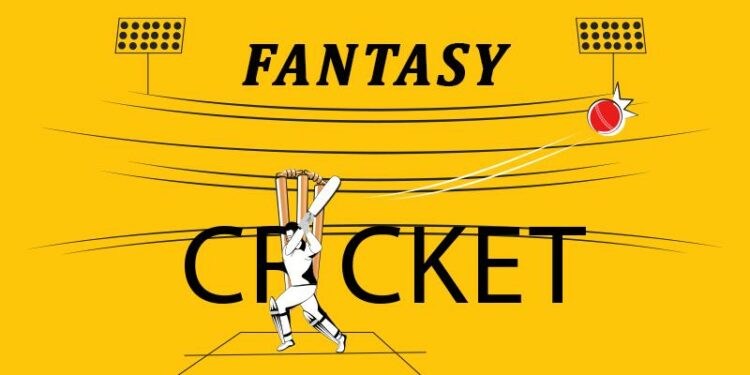 It is a known fact that if you are a cricket fan, you will have tried your hand at fantasy cricket or you still are going strong playing online. Online gaming has turned passion into a potential of earning as well as a matter of expertise and test in one’s cricketing knowledge.

Fantasy cricket has taken over, not just countrywide but overseas as well. Given that the internet has bridged the gap between fans around the world and the well-known success of tournaments like IPL, it is now possible for cricket fans to connect and unite across the globe.

What makes it so simple for fans to join fantasy cricket games? Well not much, a mobile device, a decent enough internet connection, and a fantasy cricket app, that’s all. The users flocking to these gaming apps build their own dream team with a limited amount of budget and depending upon the result of the real match the points are awarded to players.

However, here we are not going to talk about how to get better at playing fantasy cricket but rather what unites fans all over the world playing these games online. With millions of followers of the game not just in India but around the world, all the information about matches, players, and teams is just a click away.

Cricket is a religion for people in India. They eat, breathe, and talk about cricket. They are extremely passionate about the game and never shy away from venting out their thoughts and opinions after a loss. Fans dissect each player, laud their idols, and also give an earful to those who they think underperformed for the team.

With Fantasy cricket now in the picture, each fan can now ideally plan and execute their skill and knowledge about cricket. Simple rules, easy-to-navigate features, and exciting cash rewards are one of the main reasons why cricket enthusiasts keep on flocking to fantasy cricket websites.

Here the playing field is level and therefore those who rank higher on the leaderboards or earn good points are clear winners. So they can rub it in their friend’s faces that they got their team’s spot on while they failed to do so. As you can see there is a competitive edge to this game which makes it interesting for the players despite the nature of the game being so simple.

As we previously touched how there is a competitive edge to fantasy cricket. Here we will further elaborate on this fact. Fans from different countries supporting their favourite players do have a difference of opinion which is visible from their choice of fantasy picks in their teams. While there are those who respect the opposition players and do pick them in their teams but those are few.

It is all on the line for the fans, rooting for their star player to perform not only for their fantasy teams but for their own peace of mind. These games then having huge winnings and cash rewards makes the task ever so competitive, here the players have to give it their best shot and hope for the desired result.

In all fairness, this chaos, the edge-of-seat experience is what a cricket fan lives for and fantasy cricket games do manage to hand out such experiences to them.

3. Exchange of Ideas and Thoughts

What’s more welcoming is that despite all the differences these players have amongst themselves they do appreciate a good game plan and strategic frame of mind that makes a good fantasy team. Sometimes players from the Indian subcontinent find it difficult to understand the picks of the players from Australia or England and vice-versa.

They only get to know the potential of the player’s strategies and ideas behind them after the games. More importantly, fantasy cricket games have brought the fan bases together more than ever where they share their thoughts, ideas, and opinions even in their contrasting but this sure helps make the atmosphere of cricket more soothing and nurturing.