How is Chris Hughes Doing After His Split with Annabelle Dimmock? 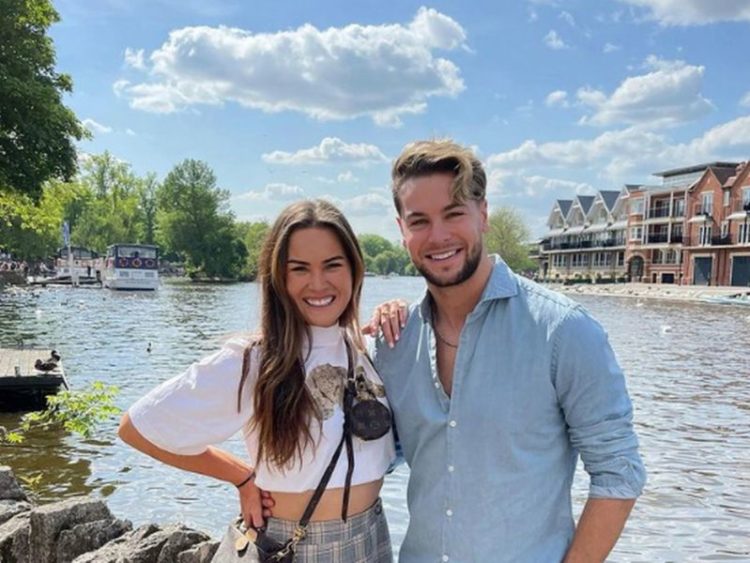 In a shocking revelation, we have come to know that Chris Hughes is no longer with Annabelle Dimmock. And he has finally broken his silence on this, after a considerable period. Breakups can be hard, and coping up with a routine without ‘the one’ can be tough. However, Hughes has something more to say about this matter.

The Sun exclusively revealed over the weekend that the Love Island star and sportswoman went their separate ways after a year together.

What did Christ Hughes have to say about the sudden breakup? How is he doing? Besides, what are his plans at the moment? We know you are curious and concerned at the same time. And we have answers to all your queries. Firstly, we will give you a small peek into the lives of Chris Hughes and Annabelle Dimmock. Furthermore, we will go on to the rest of the issues. Stay with us throughout the end.

Who is Chris Hughes?

Christopher Hughes was born on 22 December 1992. Firstly, he is a British presenter, rapper, model, actor and television personality from Gloucestershire, England. Secondly, his parents are Paul, a farmer, and Valerie Hughes. Thirdly, he has one brother, Ben Hughes. Fourthly, in 2017, he was there on the third series of the ITV2 reality series Love Island. Also, we found out that his zodiac sign is Sagittarius.

Firstly, Chris Hughes has signed with Off Limits Entertainment. Secondly, we know that in 2017, he became one of the contestants for the third series of the ITV2 reality programme Love Island. In fact, he reached the finale, winning third place. Fourthly, he played football for the Gloucestershire club Bourton Rovers F.C.

Besides, he made 13 appearances turning out for his local cricket side Bourton Vale CC, and for the celebrity Tailenders cricket team against a Test Match Special X1. Also, he was a golf clothing ambassador. Chris Hughes was also a brand ambassador of the charity Campaign Against Living Miserably. Furthermore, he released his own bottled water brand named L’Eau de Chris through Topman.

We see that as part of Chris & Kem, he charted at number 15 on the UK Singles Chart with the song “Little Bit Leave It”. Besides, he was in a reality series with his then-girlfriend Olivia Attwood, Chris and Olivia: Crackin’ On.  In the same year, he signed on for a game show, You Vs. Chris & Kem.  Furthermore, his debut book, My Life Story: You Bantering Me, was also published. In the same year, people named him the brand ambassador for Corals Champions Club. In addition, in 2019, he starred in the BBC Three documentary Me, My Brother And Our Balls.

Since 2019, he has presented live horse racing coverage with ITV Racing.

Who is Annabelle Dimmock?

Annabel Dimmock was born on 5 October 1996 and is an English professional golfer.

Firstly, we see that as an amateur, Dimmock won the Helen Holm Scottish Women’s Open Championship. Secondly, they won the Jones/Doherty Cup. Thirdly, she was a member of the England Golf National Girl’s squad. Fourthly, she represented Europe in the 2014 Junior Ryder Cup, and Great Britain and Ireland in the 2014 Curtis Cup. Besides, Great Britain at the 2014 Summer Youth Olympics.

Dimmock became a professional in 2016 and finished third at the 2017 Lalla Meryem Cup. In addition, he held off French amateur Pauline Roussin-Bouchard to win her first Ladies European Tour title by one shot at the 2019 Jabra Ladies Open. It is a dual-ranking event on the LET Access Series. After winning she qualified for the 2019 Evian Championship.

At the moment Chris Hughes has told The Sun that he’s coping well and has thrown himself into the gym and his work as a horse racing pundit for ITV.

“I’m in a good place,” he said. “I feel OK. If we all got with someone and were married off it would be strange, wouldn’t it?”

“I always struggle a bit when it’s fresh out of a relationship because everything feels different. But I’m in the gym, I’m keeping myself busy with work.”

“I’m all over the shop. I’ve got good friends and family around me which is a blessing as well, so I feel good.”

Furthermore, the couple has shared romantic pictures on social media earlier. In addition, Chris even hinted at engagement in January, five months into the relationship. However, the joint Instagram posts recently stopped and the fans started to speculate about the romance. Thereafter, a representative for Chris confirmed that the relationship was over.

It’s been five years since his time in the Love Island villa. And the now-single star is flourishing as a sports broadcaster. Besides, he is covering cricket for the BBC and horse racing. Although it’s a natural experience for him since he has played with horses from childhood, it is still a very challenging task.

Currently, Chris Hughes is Very Much into Horse Racing

Chris Hughes is also a partial owner of a nine-year-old racehorse called Annie Mc. Besides, he is so passionate about horses that it’s little surprise he’s become an ambassador for National Racehorse Week. New research shows that around 50 percent of 18-24-year-olds have never seen a real horse in person. Therefore, the week is aiming to make them more accessible.

About this interesting and exciting initiative which begins on September 10, Chris Hughes has said many things. “It’s a celebration once again of the racehorse. I know how extremely well these racehorses are looked after and how well they’re cared for”.

“It’s paramount and at the forefront of racing yards. It’s great we can showcase that to members of the public.”

What you can do right now. You can go on nationalracehorseweek.uk, type in your address and it’ll give you local yards that are opening their doors. So now you can go down there. “It’s inclusive for everybody”.

Chris Hughes has given us a very valuable lesson as to how to detach ourselves from memories post-breakup. Time heals every wound. One must be able to look at the brighter side of everything that happens in life and begin again with new vigour. We wish more power to the star who has begun his new endeavour. Also, we hope Dimmock too is doing well in her life.

Also Read: Who Is Nick Cannon? Take A Peek Into His Unusual Dating Style