How Many Hazard Divisions are There? 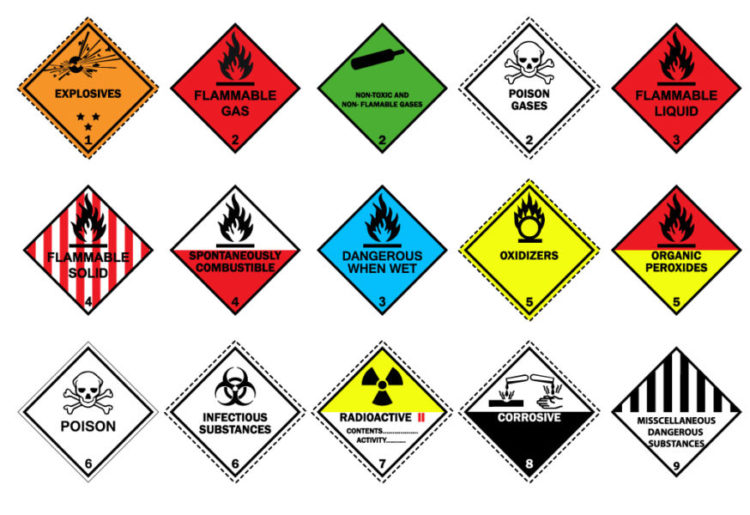 You are in the right place to know how many hazard divisions are there. You may have a logistics company or work there need to transport hazardous goods. If you are one of those, you should know about the hazard divisions. The UN or United Nations for safe handling and transporting hazards have classified it into nine classes, most of them having sub-divisions. Each country has a regulatory framework that implements comprehensive classification for providing a taxonomy of hazards.

The DOT or Department of Transportation regulates hazardous goods or hazmat in the US. And Go Hazmat Hub is the best 3PL to safely transport all the goods in the nine classes and sub-divisions across America and worldwide.

What are the Hazard Divisions?

Since UN Model Regulations breaks down the hazards into nine classes and divisions, it is an internationally accepted system. It helps to communicate the dangers of the goods using minimum markings to denote the hazard associated with the substance. Go Hazmat Hub transports all classes and divisions of hazardous goods or hazmat efficiently and safely.

What is the need for classed hazardous goods?

Hazardous goods or hazmat can be in gas, liquid, or solid forms and, when mishandled or exposed to other substances, could cause enormous damage. Some hazardous goods can even cause a massive explosion, fire, and other dangers. There are many such regulations to follow strictly from insurance policies, packaging materials, labeling, transportation requirements, and emergency responses. Failing to do so will make logistic companies face the consequences like hefty fines, legal issues, and even shutting down. Go Hazmat Hub can safely transport its hazardous goods nationally and internationally, following all the regulations.

What are the hazard divisions?

Hazmat substances are materials transported in commerce that can cause unreasonable risk to health, safety, and property. Hence the UN classified the dangerous goods into nine classes with many divisions depending on their risks. The following are the hazard divisions for classed hazard goods.

1.1 – Mass Detonation Hazard has the risk that even if one item in the pallet or container inadvertently detonates, the explosion can propagate to all the other items transported together.

1.2  Projection hazards are non-mass explosion and fragment producing, which has further three divisions like 1.2.1, 1.2.2, and 1.2.3 for indicating the magnitude of the explosion effects

1.3  Minor Projection hazards are goods like propellants pyrotechnic that could cause minor blasts and could propagate it to the other items to cause mass fire

1.4 Minor hazards are primarily small arms and a few pyrotechnic goods that cause moderate  fire confined within the package and do not cause significant danger

1.5 Mass detonation hazards are goods that are incredibly insensitive

In Class 2 gases, 3 divisions include.

2.2 non-flammable gases ignite at the same temperatures but higher pressure of 280 kPa or 41 psi

2.3 Poison gases igniting at the same temperature and pressure as 2.1 gases but posing health hazards on transportation and presumed to be toxic for humans

In class 3, flammable liquids have flashpoints above 37.8 degrees Celsius or 100 degrees Fahrenheit and have no divisions.

4.1 Desensitized explosives are self-reactive materials that are readily combustible solids

4.3 Dangerous When Wet materials that are spontaneously flammable come in contact with water to emit toxic gas above the flashpoint of 37.8 degrees Celsius or 100 degrees Fahrenheit

In Class – 5 oxidizer and organic peroxide, two divisions include

5.1 Oxidizer that can enhance or cause combustion by yielding oxygen

Class – 6 Poison and Infectious Substances has two divisions that include

6.1 Presumed toxic to humans causing health hazards on transportation like extreme irritation like that of tear gas

6.2 Infectious substances like viable microorganisms cause disease to humans and animals

In Class 7, radioactive materials with radionuclides, atoms in an unstable nucleus to release radioactive energy that is dangerous to humans, have no divisions.

In Class – 8, Corrosive substances cause thickness and destruction of the human skin because their positive chemical effects have no divisions.

In Class – 9, Miscellaneous hazardous goods are the dangerous substances not covered by any of the above Class like dry ice, motor engines, asbestos, marine pollutants, etc., and have no divisions.

The above facts and details establish 16 hazard divisions in the nine classes. Therefore, go Hazmat Hub complies with all the rules and regulations for safe transport of all the 16 hazard goods or hazmat in all 50 states worldwide to reach the destinations quickly.

Also read: Buying Delivery Vans for Sale for Your Business? Here’s Why It’s a Smart Decision

Everything You Need to Know About International Shipping Insurance

5 Tips for Finding The Most Inexpensive Moving Companies

How Do Chainless Electric Bikes Work? All You Should Know