How Much is The Prize Money in The Breeders’ Cup? 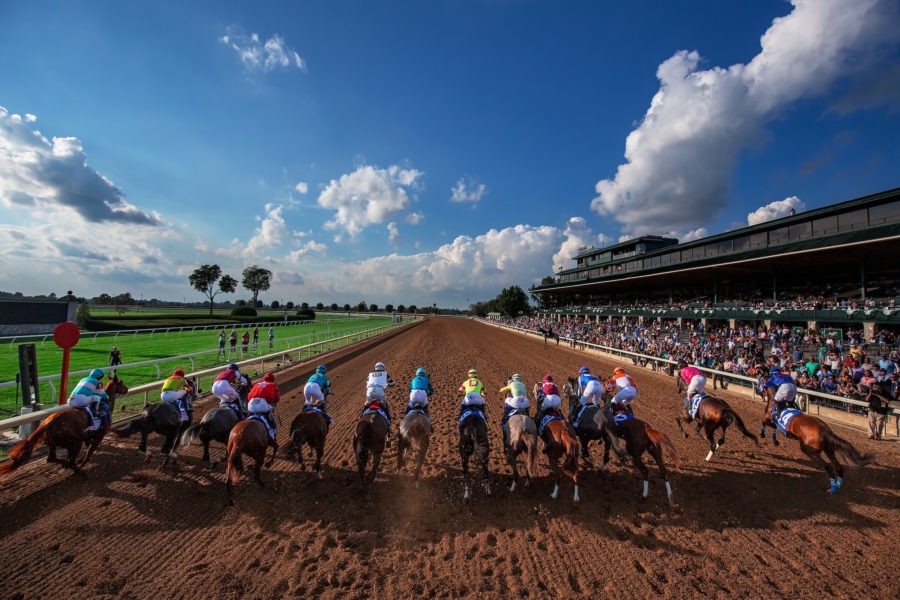 The eyes of the world will be on the United States across the first weekend in November, as the prestigious Breeders’ Cup will be held at Keeneland. It is one of the most exciting events on the horse racing calendar, as many of the world’s best compete against each other for the only time in huge Grade 1 affairs.

It is also an extremely lucrative event for connections of horses, as just under $30 million is available in prize money across the 14 races that are staged annually at the Breeders’ Cup. However, which races are the most lucrative, and which horses have the best chances of taking home the top prize?

The Breeders’ Cup Classic is the most lucrative of the races that is staged at the event, with a huge $6 million purse available to connections. It is consistently one of the biggest events on the calendar, with only the Prix de l’Arc de Triomphe, The Everest, Dubai World Cup and Saudi Cup offering more prize money.

This year’s race could see the birth of a new megastar, as Flightline for John Sadler is a clear favorite when you bet the 2022 Breeders’ Cup online. However, he is likely to face the biggest test of his career to date, with Life Is Good and Epicenter among his most likely challengers. Bob Baffert’s record in the race also ensures that Defunded and Country Grammer can’t be overlooked.

The second most lucrative race staged at the Breeders’ Cup is the Turf. This race attracts runners from across the globe, but it has been dominated by European and Irish runners in recent years. A purse of $4 million is available, which is slightly less offered to the winner of the Arc. However, legendary Enable remains the only horse that has claimed the top prize in both races in the same calendar year.

Charlie Appleby landed the winner in the Turf last year with Yibir, and the betting currently suggests that Rebel’s Romance may be the one to beat in 2022. The four-year-old has already won three graded races this year, including a German Grade 1 in his previous start. However, last year’s Epsom Derby winner, Adayar, also looks a likely challenger, while Nations Pride and Mishriff round off a dominant top five in the betting for the Irish and British trainers.

As well as the two big races that offer huge prize money on the Saturday, the Breeders’ Cup Juvenile is one of six races that offer a purse of $2 million. The Juvenile is a vital point for horses aged two, as important points on the Road to the Kentucky Derby are up for grabs. However, no horse has managed to win both races since Nyquist landed success at Churchill Downs in 2016.

This year’s race is already shaping up to be an extremely competitive renewal. Cave Rock, for Bob Baffert, is the runner at the top of the betting, as the two-year-old has landed three victories on the bounce. His latest performance in the G1 American Pharoah scored a speed rating of 102. However, Forte, for Todd Pletcher, looks to be the improving sort, and he was excellent when landing the G1 Breeders’ Futurity at Keeneland with a speed rating of 105.

Another race that offers a purse of $2 million is the Breeders’ Cup Distaff. This race is for fillies and mares that are aged three and older, and a distance of 1 1/8 miles is covered on the dirt. It has been a regular fixture on the Saturday card since 2018, and it is the race that millions of fans are most excited to see at Keeneland this year.

There is an extremely open feel to the Distaff this year, with no shortage of Grade 1 winners likely to be involved. Malathaat finally bounced back to winning ways with victories in the G1 Personal Ensign and G1 Spinster, while Clairiere has already landed big victories in the forms of the G1 Odgen Phipps and G2 Shuvee Stakes this year.

This year’s crop of three-year-olds also look to be solid contenders, with Kentucky Oaks winner Secret Oath once again set to clash with Nest, who has subsequently landed the G1 Alabama and G2 Beldame.

As well as the Distaff and Juvenile, there are four further races that offer prize purses of $2 million at the Breeders’ Cup. Those races include the Sprint, Mile, Juvenile Fillies and Filly & Mare Turf. The least valuable prizes on the Saturday at the Breeders’ Cup still have $1 million purses, and they come in the forms of the Dirt Mile, Filly & Mare Sprint and Turf Sprint.

The majority of the races on the Friday at the meet also offer a $1 million purse. Those races include the Juvenile Turf, Juvenile Fillies Turf and Juvenile Turf Sprint.

Also read: 7 Things You Should Know About Horse Racing Before Betting